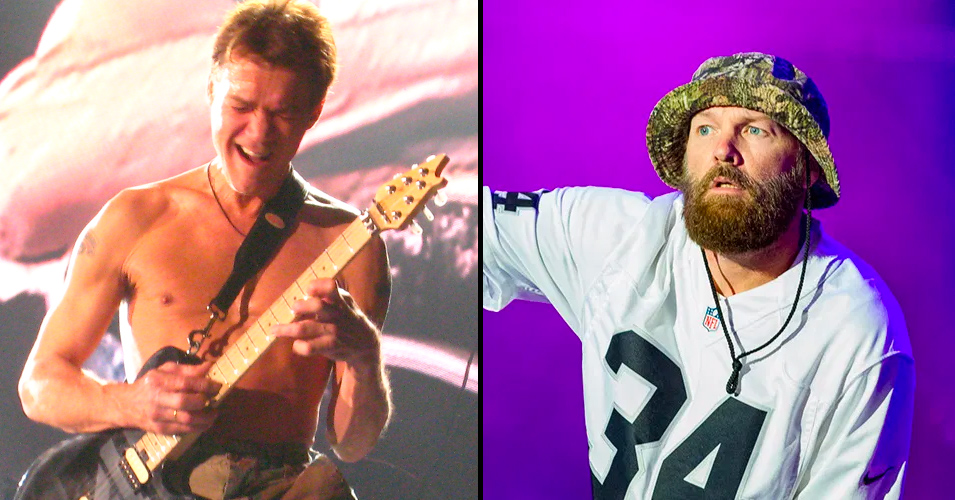 So here's the weirdest thing you're going to hear all month. One time Eddie Van Halen and Fred Durst jammed, which resulted in Van Halen pulling a gun on Durst the next day.

According to Eruption in the Canyon: 212 Days & Nights With the Genius of Eddie Van Halen author Andrew Bennett, Van Halen and Durst jammed together after Wes Borland quit Limp Bizkit after the two were introduced at a party. Bennett said Durst joked that it would be hilarious that the "greatest guitar player ever plays with the worst band ever," but Van Halen basically said why not. The jam happened but Van Halen left after people started smoking weed. Bennett adds that Van Halen said the jam was like being "a scholar amongst kindergartners."

Van Halen contacted Durst the next day to get his guitars and amplifiers, but received no response. That's when things got a little iffy.

The following day, Van Halen contacted Durst to recover his gear, according to Bennett.The guitarist was still upset about the experience, and after not hearing back from Durst after 24 hours, he decided to take matters into his own hands.

“Eddie once bought an assault vehicle from a military auction,” Bennett writes. “It has a shine gun mount on the back and is not legal. Eddie drove that assault vehicle through L.A., into Beverly Hills, then parked and left it running on the front lawn of the house Limp Bizkit was rehearsing in. He got out wearing no shirt, his hair in a Samurai bun on top of his head, his jeans held up with a strand of rope and combat boots held together by duct tape. And he had a gun in his hand.”

“That asshole answered the door," Bennett recalled Van Halen explaining. "I put my gun to that stupid fucking red hat of his, and I said, ‘Where’s my shit, motherfucker?’ That fucking guy just turned to one of his employees and starts yelling at him to grab my shit. … Eddie Van Halen stood on the front lawn of a residential home in Beverly Hills in broad daylight, smoking a cigarette while holding a gun on Fred Durst as he went back and forth from the house to the assault vehicle, lugging amps and guitars.”

But seriously, when are we getting a Limp Bizkit album with Eddie Van Halen on guitar.