Look, I don't know what prompted Insane Clown Posse's Shaggy 2 Dope to attempt to dropkick Fred Durst this past weekend, but I applaud him for the resulting feud.

If you missed it: both bands were performing at New Jersey's Rock Allegiance this weekend, and after ICP's performance, Shaggy 2 Dope went side-stage for Limp Bizkit, and at the end of Limp's performance of their cover of George Michael's "Faith," 2 Dope made his move and failed humorously and got arrested. Interestingly, The PRP notes this was a planned attack, as 2 Dope recorded this video moments before the incident:

Now, 2 Dope has raised the ire of another Limp Bizkit member – DJ Lethal.

Lethal took to Instagram to call out Shaggy 2 Dope, saying that he, Lethal, is still cool with juggalos, but what 2 Dope did was not cool. ThePRP grabbed these screenshots:

Can somebody translate what he said? What the heck is going on? I'm not quite sure, but right now this is the feud of the year. 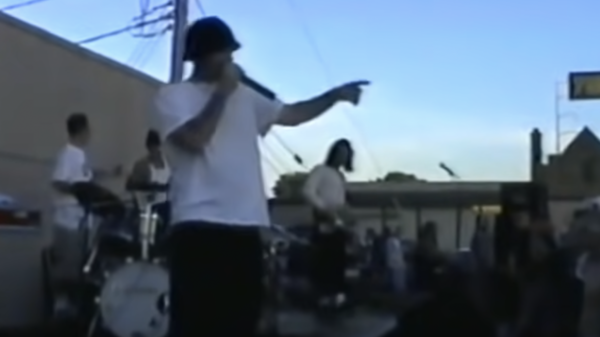