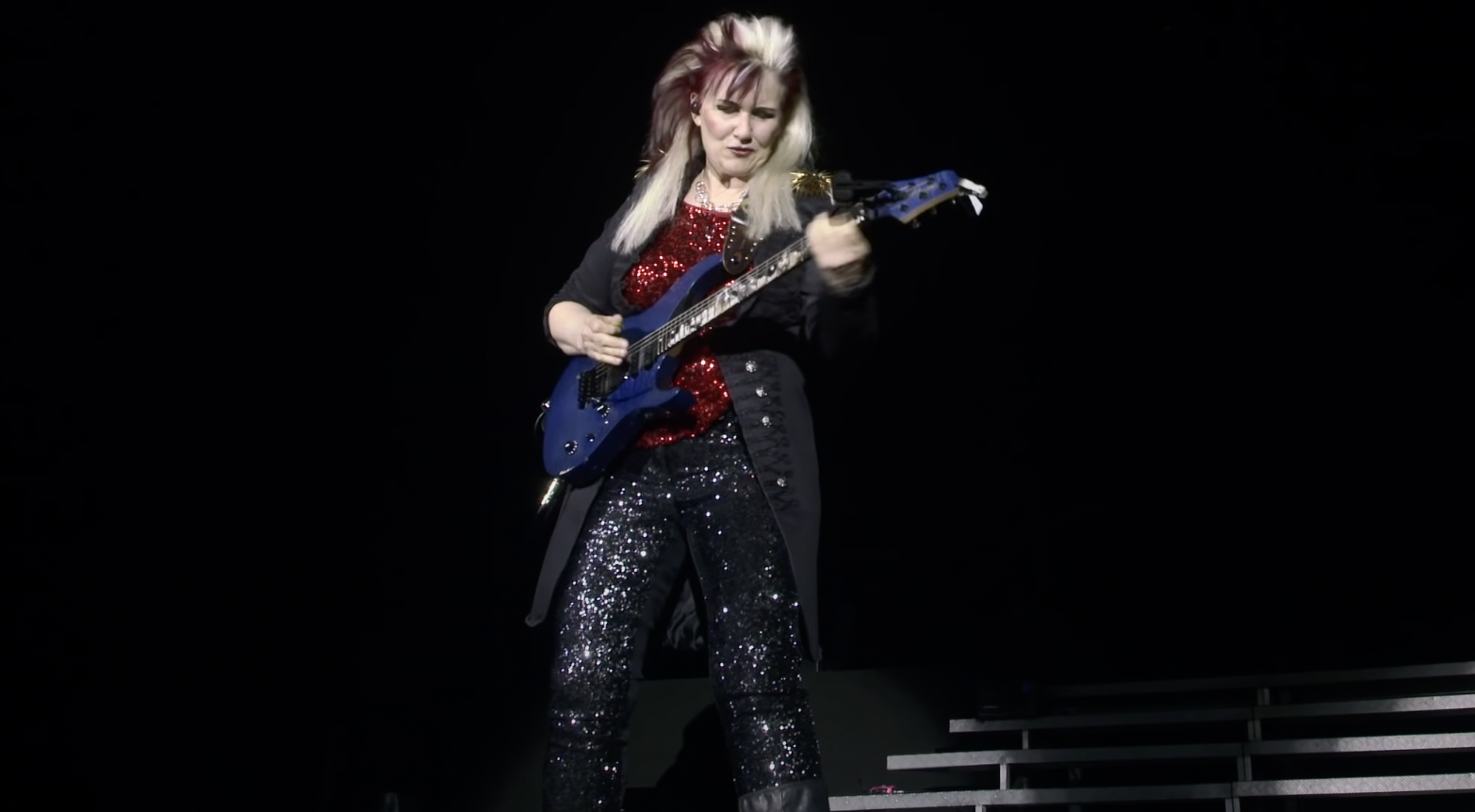 Jennifer Batten isn't exactly a household name, but she found her way into millions of households, especially via TV, as a member of Michael Jackson's band. And while that didn't bring name recognition, per se, it did a whole lot more in the grand scheme of things: it gave a green light for ladies around the world to pick up the instrument, tune out the naysayers, and shred their way to success. In fact, one such lady was the one and only Nita Strauss, who cites Batten as her influence. Still, the path that Batten blazed was long and arduous, as she explained in a recent interview with Ultimate Guitar.

"I've gotten comments over the years," Batten told UG. "A lot of guys will say you, 'You play pretty good for a girl.' Or, the best one, this guy said, 'You play just like a boy.' What does that even mean? Yeah, millions of male guitar players, some are great and some suck, so it has no meaning. But you kind of have to look at the energy that's coming at you, and he meant it as a positive thing.

"I remember, specifically, before the [Michael Jackson] thing came up [in 1987], I was trying to get an audition with Ozzy Osbourne. And they were of auditioning everybody in LA at the time. And I know my audio got to the right people, and I didn't even get a chance. Looking back, it's a super macho gig, and they probably wouldn't even consider a female for that. Having said that, if it was the same thing today, I think it'd be a whole different story. You get somebody like Nili Brosh (Danny Elfman, The Iron Maidens) – you could slay in a gig like that. She has incredible chops, great tone, great attitude, everything. It's a different world. It is a very different world now."

As for Strauss, Batten has nothing but admiration for the rising guitar hero.

"I'm super proud of her. I don't have her record, but I've seen quite a few things on YouTube. It's kind of funny, I think if I were her age, I'd probably do a similar kind of thing on stage – the hair flippy thing, [laughs] that the metal guys do. But that is so not who I am right now. It just kind of cracks me up."

Back in April during an interview on The Sessions with Renee Paquet, Strauss said of Batten, "Jennifer, on the biggest stage in the world, playing at the Super Bowl with the biggest pop star in the world, just shredding her face off, technique, chops, attitude, and blonde hair. That was like, 'I can do that. I want to do that, because now she showed me that I can do that.'"

Batten is currently touring with her group the Jennifer Batten Trio, and you can check those dates out here.