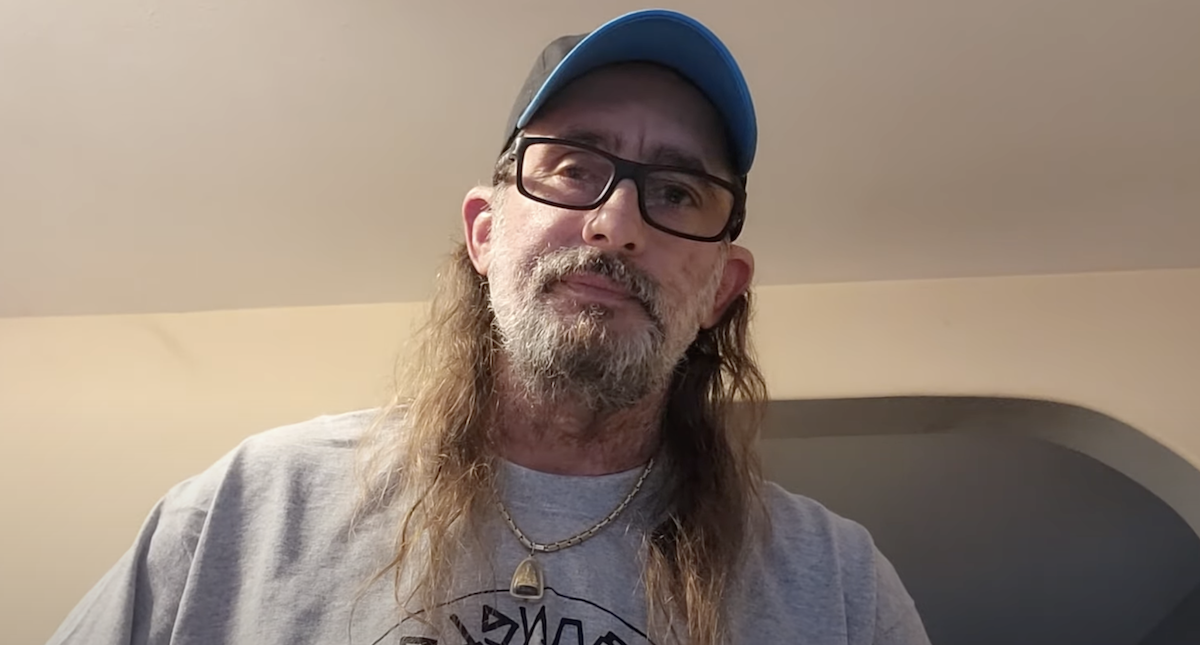 Dave Mustaine had a pretty major role in development of thrash, apparently including drawing the crowds in to see Metallica.

In a new interview with Zetro's Toxic Vault hosted by Exodus vocalist Steve "Zetro" Souza, former Exodus guitarist Rick Hunolt said Mustaine and both his playing and crowd banter were the whole reason that people used to go see Metallica. Hunolt adds that James Hetfield wasn't a super interesting frontman back in the day, and that Mustaine was the engaging one, especially when drunk (which turned out to be an issue).

Hunolt also said he believes Kirk Hammett was likely a good replacement for Mustaine in '83 due to their similarities in style, which is funny given the "James didn't want no effects on his shit" reasoning and the ensuing years of "Kirk uses too much wah" jokes. But hey – gotta start somewhere, right?

"This is why I think James chose Kirk. It's because Dave and [Kirk's] styles back then were similar — pentatonic, bluesy. James didn't want no effects on his shit. He wanted Kirk to play dry — no echo; just a real dry Marshall tone. Wah-wah [pedal] is cool, I guess. But he had a similar style to Dave. Individually, personality-wise, [they were] completely two different human beings.

"How you get kicked out of your own band, I don't know. I don't wanna talk about that… But as far as I'm concerned, personally, Dave Mustaine is the godfather of thrash metal."

Hunolt played with Exodus on and off between 1983 and 2005, and joined his former bandmates on stage earlier this year. Hunolt has a new band called Die Humane that is currently teasing new material.