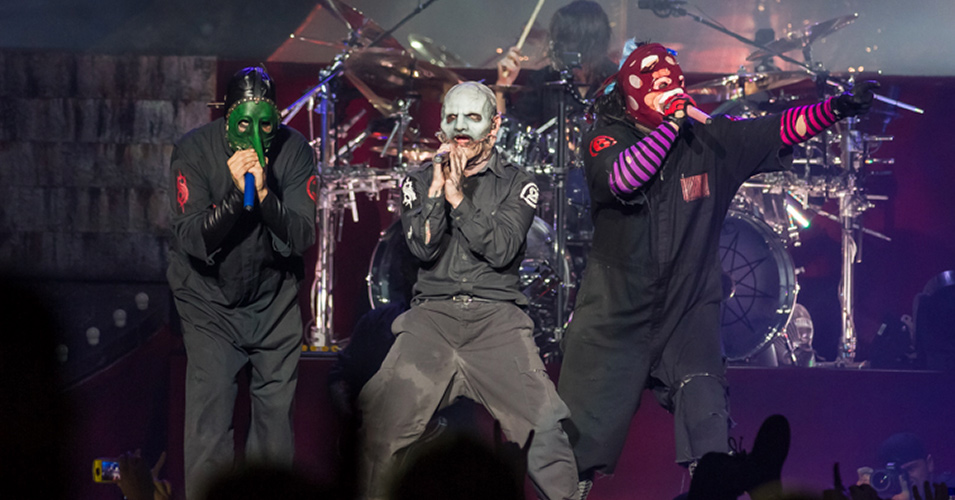 The attorney for Slipknot's business manager has filed a motion offering a response to Chris Fehn's  pending litigation against his own band, Slipknot. Fehn claimed saying that the band was keeping money from him, setting up corporations that he was not aware of. Fehn had since been dismissed from the band,even though the statement has since been pulled from the band's website. Taylor has publicly said he and his band are being wrongfully accused.

Fehn contends that frontman Corey Taylor and founder M. Shawn Crahan, along with their manager Rob Shore, created six separate companies. Fehn is suing for two counts of "breach of fiduciary duty," one count of "breach of implied in fact contract" and one count of "unjust enrichment." We break down the entire lawsuit filing here. Now, an attorney for Slipknot's manager is denying those claims.

Rock Feed obtained a legal affidavit from Rob Shore & Associates Inc. (RSA) which declares that Fehn is not a “shareholder, owner or member”  of any business involving Slipknot.

The affidavit filed on April 22nd notes that “Mr. Fehn performed with Slipknot and received a fee for doing so. He is not a shareholder, owner or member of any business entity he names as a defendant in this action.” Corey Taylor and Shawn Crahan aka Clown have been named in the affidavit as the controlling owners of Slipknot.

Last month, one of Fehn's attorneys, Joel B. Rothman, appeared on Rock Feed and alleged that Slipknot wouldn't even let Fehn hit the studio until signing a new, unfavorable deal that treated him like "a second-class citizen"

He was presented with a very onerous take-it-or-leave-it, you're-not-an-equal-member-of-the-band-type proposal. And I'm not gonna go into the details of it, but let me put it this way. If you had spent 20 years of your life devoted to an enterprise like Slipknot, where you had given your heart, your soul, your sweat, your blood, your tears to making the band the best it could be the way that so many of its fans love, and then you were told you were a second-class citizen here.

Slipknot's only public statement on the matter came in March, saying:

Slipknot’s focus is on making album #6, and our upcoming shows around the world, our best ever. Chris knows why he is no longer a part of Slipknot. We are disappointed that he chose to point fingers and manufacture claims, rather than doing what was necessary to continue to be a part of Slipknot. We would have preferred he not take the path that he has, but evolution in all things is a necessary part of this life.

Slipknot is finalizing plans to release a new album in August, which is among our most anticipated for 2019, the band have a busy summer ahead. They have set up a massive tour with Volbeat, Gojira and Behemoth. Here are the dates: