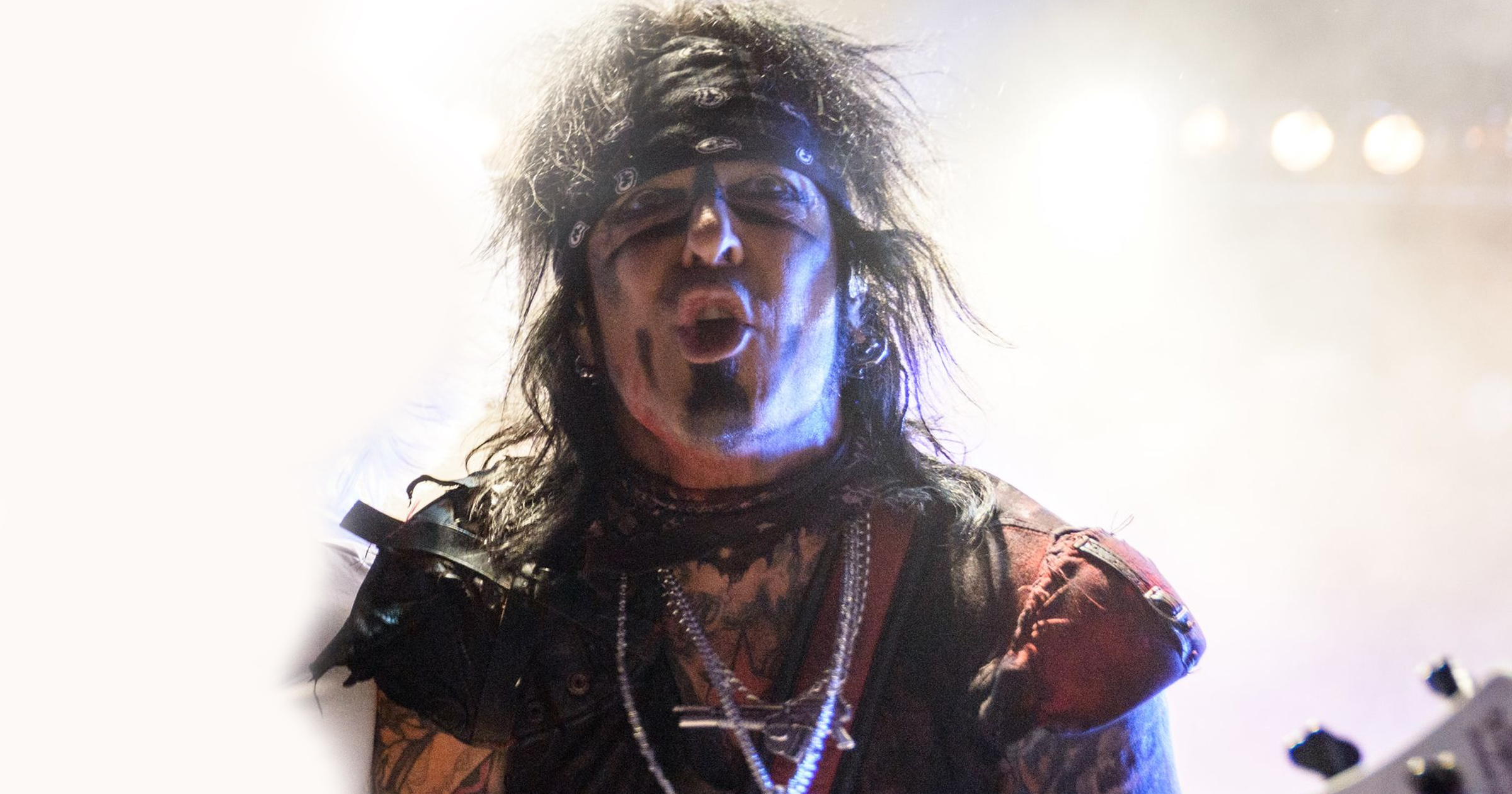 Nikki Sixx has been out promoting his new book, The First 21: How I Became Nikki Sixx and found himself being interviewed by meal prep company Fresh N' Lean's blog about staying fit and active at his age.

Nikki, who is 62, says "My family is naturally, a lot of them, overweight. I'm 195 pounds [and] six [feet] one [inch tall]. When I go into full cardio and light, medium weight, I'll go down to about 185, but actually put a little bit of weight on. So I have to work really hard. My body wants to go 200 — it wants to do that. And it's not necessarily for vanity reasons — I just don't operate well [at a heavier weight]; the machinery doesn't operate well; I don't think good; I don't sleep good. So health and exercise has become such a part of my life.

"I think back, even around Shout At The Devil, I was drinking a lot of whisky back then, but I remember trying to get into sort of workout, training things to get ready for the tour," he continued. "'Cause it takes it out of you onstage. People come from everywhere to come see you play, and you just stand up there all tired with a beer belly. I mean, that's irresponsible. There's a million other bands that would like to have your job.

"[Exercise and health] has been a part of my life a lot," Nikki added. "And now I try to eat right and try to get enough sleep. One of the things I love is I have this Whoop app that I use that monitors my sleep. I used to have an Oura Ring. I try to keep an eye on all that stuff for my energy, because I'm constantly wanting to create stuff and then I'm gonna go on tour. So you can't go too far down the rabbit hole. I've gotta stay on top of it or it directly affects everything. And [when] you have a two-year-old [child], you get to the end of your day, and whether writing songs or doing interviews or being at work, and this little person needs your time, and I have four older children, and they need their time with their dad, and [spending] time with my wife and friends, you can't run out of energy. So the working out and the fuel is super important."

I am assuming Sixx wasn't directly calling out Mötley Crüe frontman Vince Neil, but it's hard not to with how Neil has been making headlines lately.

You might recall Neil's show back was on May 29 and, famously his voice gave out after 14 songs into the performance, and he said "Hey, guys… I'm sorry, you guys. It's been a long time playin'. My fuckin' voice is gone… Eh… We love you, and we'll hopefully see you next time, man. Take care." The bad press resulting from the performance resulted in Neil canceling a gig a few weeks later. Neil returned to the road a few weeks later and while the results were a bit more presentable, they ultimately still weren't that great.

Neil was performing with his solo band last week at the Monster on the Mountain festival in Pigeon Forge, Tennessee and a few songs into the show, he fell off the stage. Neil was hurt enough to go to the hospital for X-rays and a member of his solo band announced to the crowd that he might have suffered a broken rib.

Neil recently revealed he was working hard getting into shape for the big Crüe reunion tour next year.

Neil has revealed he's getting into shape with the help of Emsculpt Neo®, which describes itself as "a revolutionary non-invasive fat burning and muscle building device that helps trim, strengthen, define, lift and tone your body with incredible ease," combining " high-intensity focused electromagnetic energy with radiofrequency (RF) energy to build muscle and reduce fat simultaneously,"

The marketing for the machine says you “can help you achieve your dream body without sacrificing your lifestyle — because who has time to spend hours at the gym?”. Certainly, not Vince Neil. Watch the footage of the machine in action here.