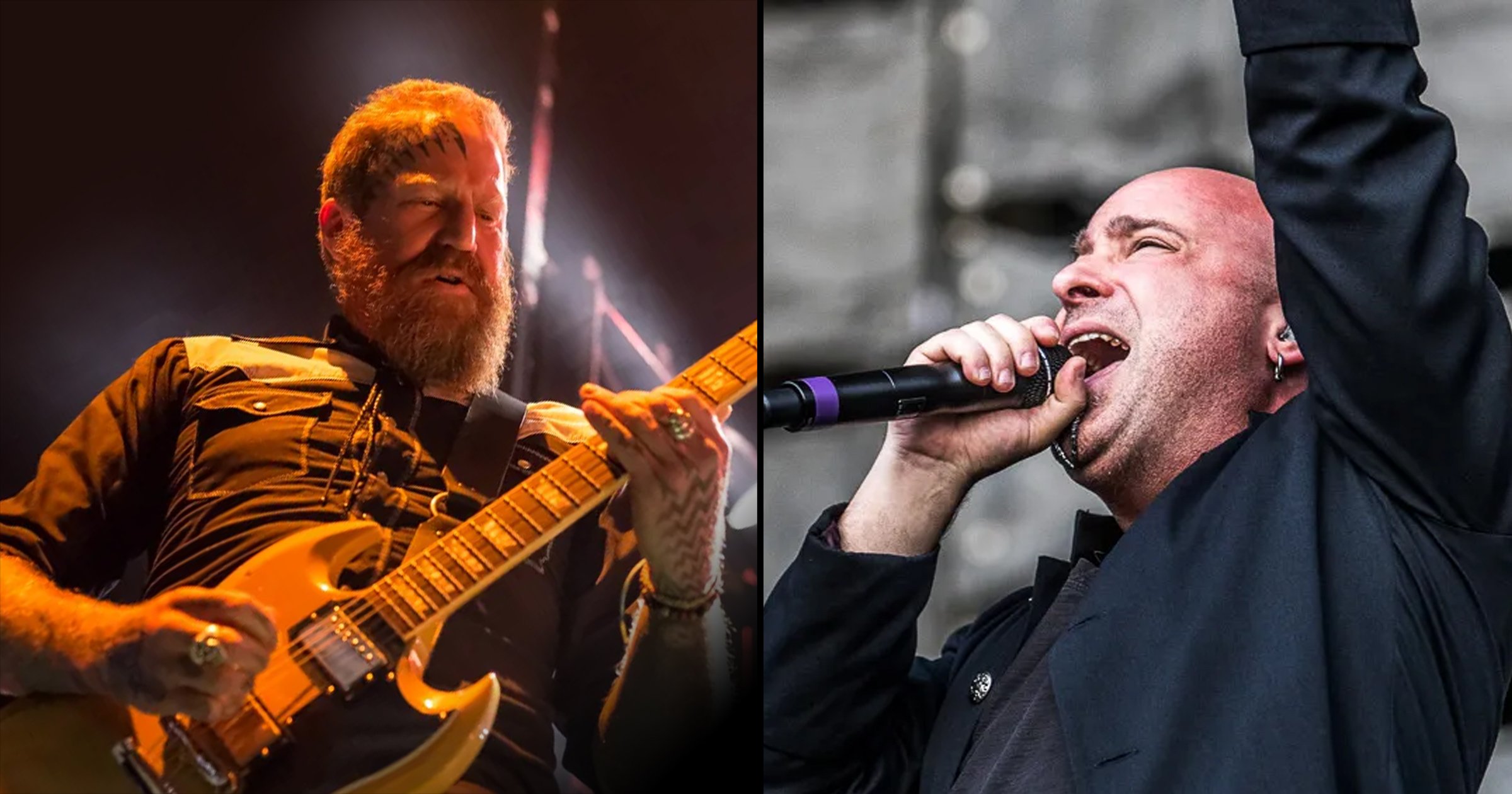 Mastodon guitarist Brent Hinds is never one to hold back his opinion. You might recall a few years ago, he ruffled some feathers by saying he hated heavy metal and didn't want to be in a heavy metal band. Hinds was giving off some more of that give-no-fucks energy during his recent appearance on the Jasta Show.

When the topic turned to bucket list tours for Hinds, he instead went the opposite route and talked about the type of tours he doesn't want to go on, namely with Disturbed.

“No. I did a lot of tours I didn’t want to do though, like Disturbed and all that Mayhem stupid bullshit. Gay ass shit. You gotta fuckin’ open up for Disturbed. You gotta play to people that like Disturbed.” Hinds retorted.

When Jasta asked what it was like playing to Disturbed fans, Hinds made it clear that wasn't the only band he didn't enjoy playing with. “It was the Mayhem Fest, you know, just a fuckin’ bunch of drunk Americans. They’re receptive to anything, I imagine. There’s tons of tours I want to do, but there’s most tours… our first tour for Relapse was with Dying Fetus and some other fucking band. It was horrible. I didn’t want to do that tour.”

Loudwire reports that Hinds also elaborated on his previously-announced collaboration with High on Fire's Matt Pike saying “I wrote way more songs that I chose not to put on the [new Mastodon] album because me and Matt Pike are starting a band together and we’re gonna work an album up and I’m gonna use a lot of that stuff for that. I kinda held back on purpose.” Hinds promised a video will be produced this winter and the music has a heavy, trippy and bluesy sound.

Last year, Pike told Hot-Blooded With Cat Jones that he and Hinds have about two hours worth of material for their new project. The project will feature a revolving cast of musicians, though Pike adds that things got derailed recently thanks to the quarantine.

“Well, it was supposed to ramp up here and it’s going a little slow now [due to] quarantine. ‘Cause I planned on going back there [to Brent‘s] after this next Sleep tour or something and hanging out and sitting down.

‘Cause we got some stuff done, but it wasn’t a major lot. But there’s definitely all these… there’s like two hours worth of ideas, it’s just putting them all together you know? And feeling each other out and having different… We kind want to make it like so we can have different people, like different bass players, different drummers, different singers, different people playing tambourine, whatever [laughs]. Like some sax guys… ‘oh, what’s that dude doing over there, he’s choking a goose!’ [imitates sax] [laughs].”

"I just love it lyrically and... its message."

The word "retirement" hasn't come up yet.