MANTAS To CRONOS On Recent VENOM Reunion Comments: "Watch The Videos Of Your Own Band If You Wanna See A Sub-Par Performance"
It's a simple case of discrimination

A few months ago, Insane Clown Posse planned to sue the FBI due to the government agency classifying the group's fans, juggalos as a gang. There were even instances of juggalo discrimination that surfaced, which were quite amusing. Before the case could even go to trial, the judge dismissed the lawsuit, in which ICP requested the FBI turn over the files where they classify juggalos as a gang.

But, ICP wasn't done yet. Today, ICP, with the assistance of the ACLU announced a new lawsuit against the Department of Justice and the FBI demanding that the agencies purge juggalos from the gang list. ICP and the ACLU argue that just because somebody throws some clown makeup on their face or has a hachet tattoo, a gang that does not make. ICP feel that the classification is "unconstitutionally vague" and prevents their fans from properly expressing themselves. The band cite the decline in turnout for their most recent Gathering of the Juggalos as proof of the effect the classification has on scaring their fans.

It's easy to laugh at the misfortunes of juggalos, but to be fair, they have every right to express themselves as metalheads have the right to wear band shirts. The suit has real-life claims of prejudice included in it, as transcribed by the New York Times:

Brandon Bradley, from Citrus Heights, Calif., and one of the plaintiffs in the lawsuit, said at a news conference in Detroit on Wednesday that he had been stopped and questioned by police on several occasions because he wore Juggalo tattoos and clothing. He said that after a lifetime of feeling like an outsider, the music of Insane Clown Posse “told me I wasn’t alone.”

He added that he was standing up “for people like me who are being discriminated against, just because of the music we listen to.”

“I’m a peaceful person and I try to live my life right,” he said.

Another instance of similar discrimination was spotlighted in Rolling Stone:

[L]ast July, according to the complaint, a plaintiff who drives a semi-truck sporting a Hatchetman logo was stopped, searched and detained by a Tennessee state trooper. In 2012, an Army recruiter refused to enlist a different plaintiff unless he covered or removed his Hatchetman tattoo. And plaintiff Robert Hellin, an Army corporal who has served in Iraq, Afghanistan and Korea, is "in imminent danger of suffering discipline or an involuntary discharge" because of the tattoos he got years before Juggalos were deemed a gang.

"At first I thought, wow, that's a compliment that our fans are that heard-of and that renowned," Violent J says. "Then when I realized what's happening to the fans because of it, then everything turned around."

As much as we have a laugh at ICP (and their fans, who are dating now), we absolutely commend and support what they are trying to do. This is a freedom of speech issue and no matter my actual feelings on the content of their music or their message, I feel they have the right to express themselves, it's the American way. USA! USA! USA!

Yes, I ended an ICP post with a USA chant! 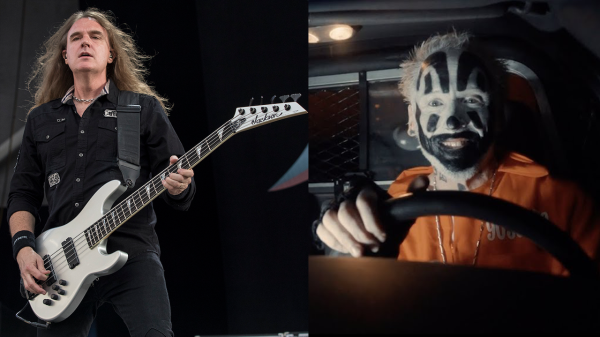