No Really, CHRIS BARNES Truly Hates The Modern Death Metal Scene
She and Rex are on good terms though.

In 2013, former Pantera bassist Rex Brown released an autobiography, Official Truth, 101 Proof: The Inside Story Of Pantera, and it was a very controversial read. There were less-than-favorable things said about all of his bandmates, particularly drummer Vinnie Paul. At the time, it created a major rift between all the members of the band, but since Phil, Rex and Dimebag's girlfriend (or as she prefers to be called, his hag) Rita Haney all mended fences and resolved their issues.

In a new interview with Metal Forces, Haney was asked about the book, and she did not mince words about her opinion on it:

"Good lord… It's not good to write a book when you don't remember things, and you have other people telling you in your ear, 'This is how it went down,' when it didn't. I got to chapter three, and I felt like I needed to get a highlighter out for things I knew were incorrect. [Laughs] I know where Rex is today, and where is head is. I know he regrets a lot of the things that are in that book. It's kind of a… I don't know. How can you write a book when there's shit you don't remember?"

While she and Vinnie Paul might not be on the best of terms (due to her reconsiliation with Anselmo), she still defended Paul against the accusations Brown levied against him in Brown's book:

"It seemed [to be a] potshot, like, 'Let's try to take some potshots and stab at you,'" Rita said. "And yeah, it was pretty hateful. It's the pot calling the kettle black. How can you throw stuff out there when you're just as guilty or guilty of worse things? Some of the stuff is not yours to tell, or yours to judge. And yeah, it was pretty shitty, I would say. I know [Rex] has regrets about that. If he doesn't, he needs to."

Even Anselmo, who has been trying to reconcile with Paul, thought Brown was far too hard on on Paul, telling MetalSucks in 2013 "I’m not sure that type of beating [on Vince] was necessary. Vince is a difficult guy and was always a different type of guy. But did he deserve that type of beating? I don’t think so."

Vinnie Paul commented on the book earlier this year on Rover Radio, and if nothing else, it might have been the first time he addressed Anselmo in a positive way (if only to defend himself):

"All I can say is that… I'll refer to Philip's comment about Rex's book. A bunch of mythology, man. We don't know where he came up with all this. More power to him, man."

Haney felt some of the stories Brown shared in his book were not his to tell. She also noted she was opened to writing a book about her life with Dimebag.

Blabbermouth notes that Brown himself was critical of the book release in a recent interview with Trunk Nation:

"There was a bunch of shit in my book that was not supposed to be in that book, and I went through ten different edits and they put it in there anyway, and it left a fucking bit of sour in some people's mouths."

Brown was singing a different tune when the book came out. Blabbermouth tracked down a quote from a 2013 interview with the Energize With Lonn Friend podcast where Brown stated:

"Apparently, Vinnie isn't very flattered by it. Vinnie, then, he can write his own fucking book, you know. With Philip, I haven't heard any rebuttals, but I didn't say anything in the book that wasn't already out there, you know what I'm saying?!"

He added: "I think the reason they haven't talked to me is 'cause it is the fucking truth. And sometimes you don't wanna tell the truth. And I didn't go out of my way to maliciously hurt any individual. But at the same time, if you're gonna tell the truth, by God, you'd better be on the skinny. And I think [my co-writer, Scottish author] Mark Eglinton, that did this thing with me, he really just kind of…. He put me down… You know how you have your dreams that you had in high school when you're just… you're in your underwear. That's the way I felt with this book. If [you're] not [being completely truthful in your memoir], I think it's all a bunch of charade… And why would you wanna do that?"

Ultimately, it seems Brown, Anselmo and Paul have some unresolved issues they all need to deal with.

In the past, Brown has said the three came really close to a reunion once. Vinnie Paul has said he'll never reunite for more Pantera stuff, Phil then said that Vinnie is "fucking terrified" of him, and then Phil saying that he feels bad for Vinnie. A few months later, Phil called for a truce, while Vinnie Paul responded by saying that Anselmo tarnished the name of Pantera with Anselmo's actions at Dimebash two years ago,  where Anselmo sieg heiled and shouted "white power" at the top of his lungs. 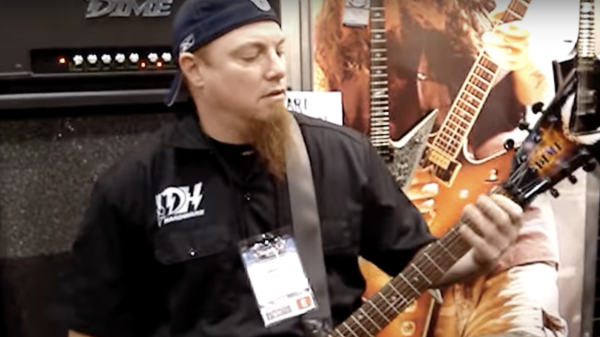