Slayer announced yesterday that they would be reuniting with drummer Paul Bostaph in the wake of their split with founding drummer Dave Lombardo over financial disagreements. Lombardo took to Twitter to respond to the news, saying:

And…. There you have it folks!

Asked by a fan if the band bothered to contact him about the announcement or if he heard about it online like the rest of us, Lombardo responded that he heard online:

Additionally, Lombardo retweeted many fans' comments about the situation, expressing himself through their tweets:

@thedavelombardo assuming there's more to this story not being told , but raise hell Dave w/ Fantomas and Philm \m/ \m/

@thedavelombardo As much as I love Slayer, Dave, I've found your work with Grip Inc, Fantômas, Philm & John Zorn to be far more interesting.

@thedavelombardo Total bullshit. I'll continue supporting @philmtrio and any other project of yours. Lifelong fan.

@thedavelombardo noworries about slayer dude. As much as what you did was mind blowing, it tied you down! Go and show people in denial up

@thedavelombardo Slayer aren't Slayer without you and Jeff. Will be looking out for Fantomas and PHILM, best of luck mate \m/

…and perhaps the crudest retweet to really show how strained the relationship is now:

@thedavelombardo. THAT SHIT IS FUCKED. Fuckin Kerry will never get a dime more of my money. Stay Metal Dave we love you.\m/

All in all, I'm bummed Lombardo is no longer in Slayer, but if it had to be this way, as I mentioned yesterday, Bostaph is the only acceptable choice. 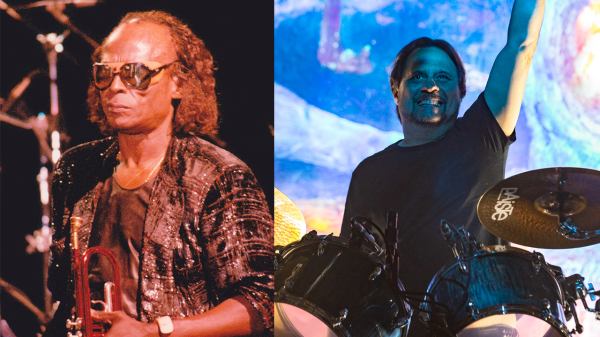