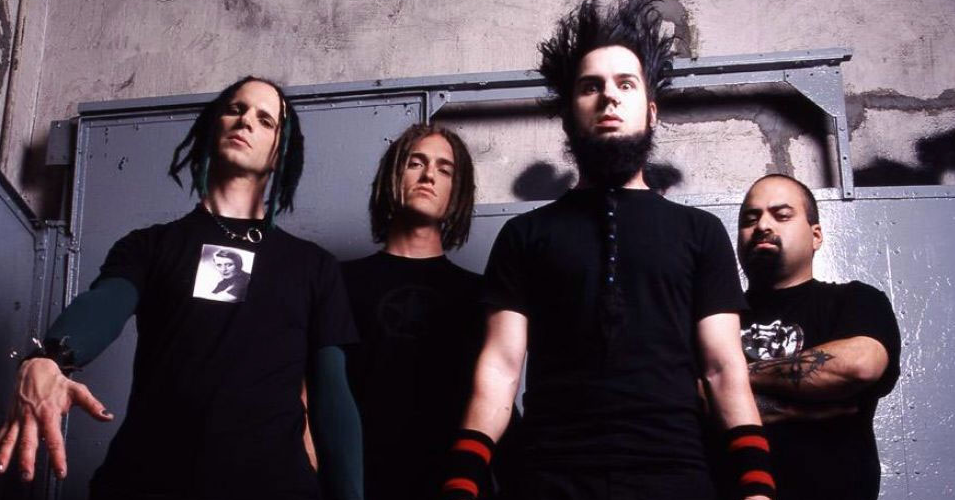 Twice-convicted pedophile Tripp Eisen will not let the verbal smackdown by Edsel Dope of Dope go unanswered. To recap, Tripp Eisen posted a statement trying to take credit for the Static-X reunion and complaining he did not get enough songwriting credits on the album. This did not sit well with their heavily-rumored (and pretty much confirmed) new frontman Edsel Dope, who called Eisen deplorable and that Wayne Static hated him and that Eisen will always be known as the guy who "targeted underage fan girls for sex." Eisen resents that statement.

Before I posted Eisen's response, I would like to reprint a portion of this 2005 MTV News story about his arrest:

On February 10, Eisen, whose real name is Tod Rex Salvador, was arrested on one felony count of crimes against children. Authorities from the Orange County (California) Sheriff's Department found the 39-year-old musician sleeping in a parked car with an underage female with whom he'd just had sexual intercourse, according to Bergen, New Jersey's The Record. Eisen was taken into custody and released on $100,000 bail several hours later.

On February 24, Eisen was arrested again — on charges of kidnapping, aggravated sexual assault, luring to entice a minor through the Internet and endangering the welfare of a child — on a fugitive warrant by two detectives who had flown in from New Jersey. According to New Jersey State Police officer Kevin Rehmann, the guitarist, a former resident of the state, allegedly had sex with a 14-year-old Sayreville girl he had met through "Find-a-Freek," an online community offered on Fetischmusic.com.

Eisen is now claiming he never knew the girl's ages at the time, but still takes responsibility. He also pushes back on the songwriting claims. Here is his full statement:

“Edsel Dope couldn’t refute anything I said. So he resorted to ad hominem attacks on me. It’s actually below him. I know the real Edsel Dope and he’s not a bad person, and he knows me. That’s why this was so egregious, because it’s disingenuous.

“Edsel, you don’t think that I’m deplorable. Yes, we had a feud in 2001, but reconciled in 2004 at Dimebag’s funeral. That was emotional. Then we reconnected in 2008 and were friends up through to last year.

“You said I haven’t progressed, but you don’t believe this because we’ve had many heart-to-heart talks; you said you admired my ability to stay positive in the face of bad circumstances, even asking me for advice about this.

“And you’ve told me how you’ve personally progressed over the years. We talked about spirituality and the concept of love. Face it, we were bros.

“You gave your opinion of the events of my offenses from 15 years ago and you cited details that were partial and inaccurate to how things ended up. You know all of it. I took full responsibility and admitted what I did was wrong.

“I didn’t target underage girls as I was unaware of the ages of the girls. That is why they were classified statutory offenses. This is not blaming the victim. I do not. I am at fault, and this is me taking full responsibility for doing the wrong thing in relation to the actual events.

“You know all of this because we’ve discussed it in detail. I paid a price for it and I accepted it and dealt with it like a man. One time you said to me that you can’t imagine what I went through.

“You refer to ICP and Jugalos because there is someone they are focusing on that wasn’t held accountable. I was held accountable. I support the notion of accountablity that they advocate, so I am down the Clowns, too. I advocate for responsibility for all artists and bands regarding this topic!

“I have the courage to put myself out there and create new music; and I know I will be judged. And you did judge me; that’s why you said once that I deserve the chance for redemption and return to music.

“It’s been 15 years and I don’t want this to define me. There are many people that know me and have worked with me throughout recent years; and you’re one of them. I stayed at your house, we ate together, went shopping and worked on songs.

“Listen, I appreciate working with you in Dope and all that it did for my career. I helped you write one of Dope‘s most memorable songs ‘Die MF Die’ and I found you your most notable members: Acey Slade, Virus, Preston Nash.

“We have alot of good memories, too. Also, remember you invited me to join Dope in 2012-2013 and I have the letters you wrote back then regarding this to prove it. You even offered me to be your financial partner in the band at that time.

“And, of course, I got you into this new version of Static-X. We’re connected, so why not embrace it? Instead you bash me. That’s the thanks I get, bro.

“You have said that I’m trying to attach my name to Static-X. I did alot with Static-X, wrote the #2 biggest single, ‘The Only’ and now my songs are relevant in 2020. You attached yourself to ME because I was friends with Tony Campos who is the creative heir to Static-X. That’s why you’re in this position, wearing a mask.

“I reconciled with Tony Campos and with Ken Jay, and I would have reconciled with Wayne Static had he survived his drug addiction. You had a discussion with Wayne in 2014 on a short 2-week tour. Did you tell him that you and Tripp were friends now?

“It was 2014 that you talked to Wayne at a point when he was suffering from addiction and he hated every former member of Static-X. So your story means nothing. Wanting credit for my part in Static-X and successful songs is not being an antagonist; but I will admit that I am kind of a victim….. of songwriting theft.

“Not just mine, but Wayne’s. You guys had no reason to change Wayne’s music while saying you’re honoring the last pieces of art that he created. That is vandalism. You guys hired Donald Trump’s law firm to ensure that you can steal my songs. That says a lot.

“I love playing music and I will continue to promote my band and am grateful for whatever level of success it brings. Why put me down? Everyone uses past associations to promote current projects. That is the nature of all in the Entertainment Business.

“I know you know all these events that I chronicled, but maybe other people need to know how you really feel. Why are we even at this point? – it’s about the music, man.” 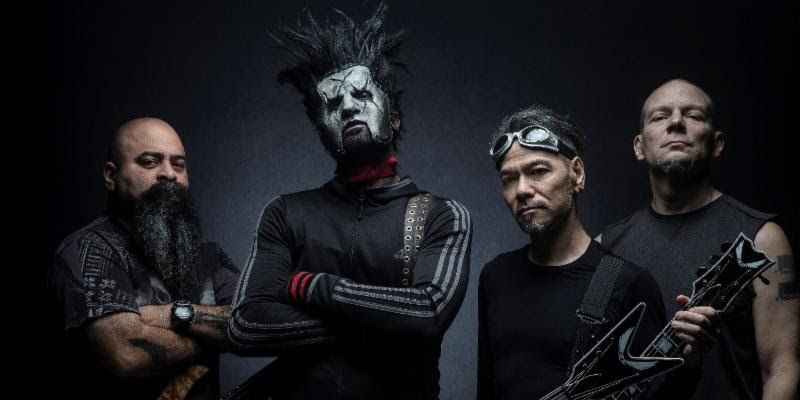 This song is one hell of an album closer.