Chris Fehn Was Given "Take-It-Or-Leave-It" Proposal from SLIPKNOT Before Being Allowed To Enter The Studio, According To Lawyer 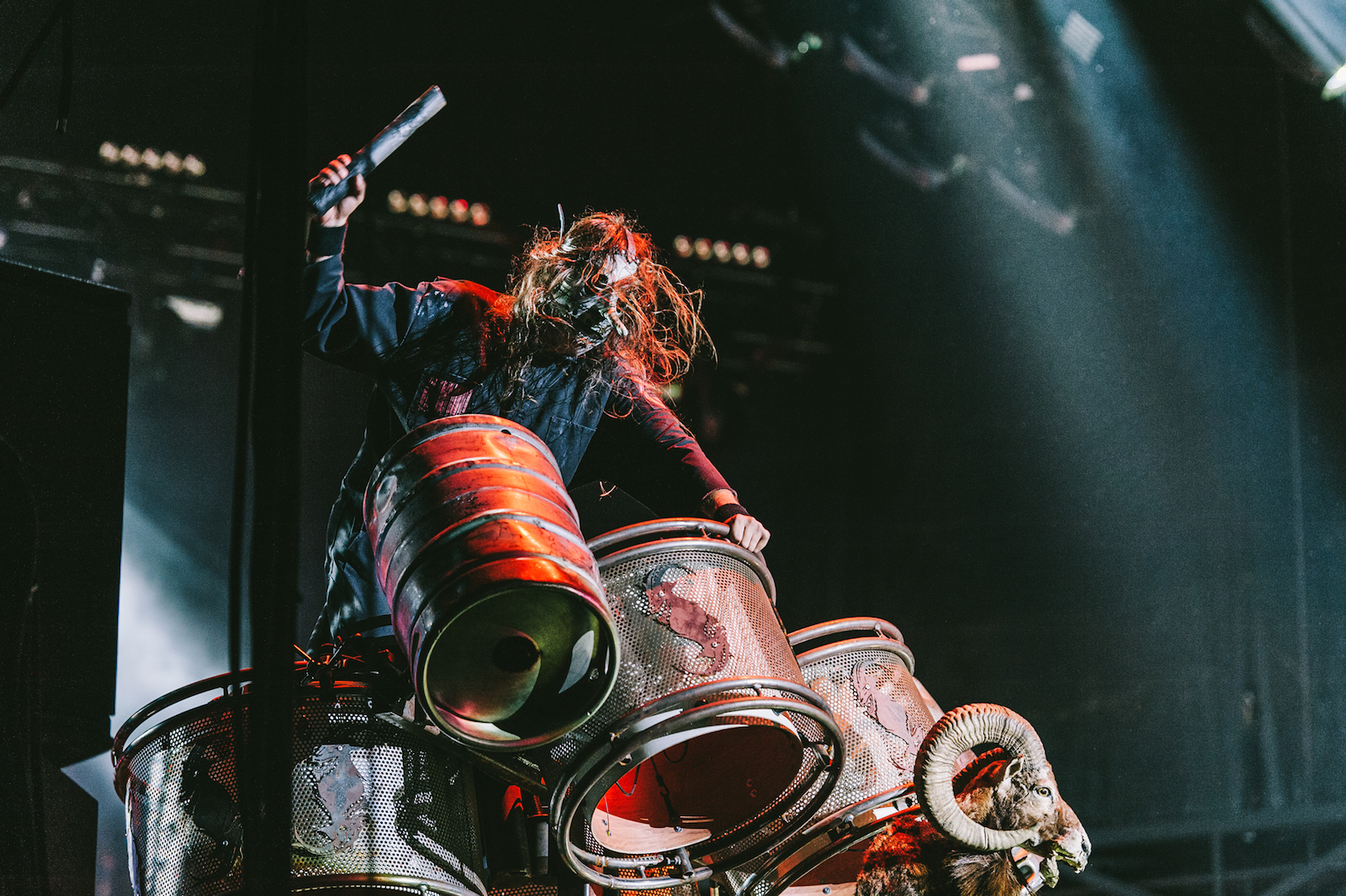 Even more info has surfaced on Chris Fehn's pending litigation against his own band, Slipknot. Fehn claimed saying that the band was keeping money from him, setting up corporations that he was not aware of. Fehn had since been dismissed from the band, even though the statement has since been pulled from the band's website. Taylor has publicly said he and his band are being wrongfully accused.

Fehn contends that frontman Corey Taylor and founder M. Shawn Crahan, along with their manager Rob Shore, created six separate companies. Fehn is suing for two counts of "breach of fiduciary duty," one count of "breach of implied in fact contract" and one count of "unjust enrichment." We break down the entire lawsuit filing here. One of Fehn's attorneys, Joel B. Rothman, appeared on Rock Feed today (hear the entire interview below) and offered some new information on the reasoning for the suit.

Rothman alleges that Slipknot wouldn't even let Fehn hit the studio until signing a new, unfavorable deal that treated him like "a second-class citizen" in the band:

"First of all, the lawsuit came about because in order for Chris to continue to participate in the band and attend recording sessions for the album that the band is working on, he was presented with a very onerous take-it-or-leave-it, you're-not-an-equal-member-of-the-band-type proposal. And I'm not gonna go into the details of it, but let me put it this way. If you had spent 20 years of your life devoted to an enterprise like Slipknot, where you had given your heart, your soul, your sweat, your blood, your tears to making the band the best it could be the way that so many of its fans love, and then you were told you were a second-class citizen here, I doubt that anyone who's listening to this would feel any differently from the way Chris felt, which was that he wasn't being given the respect that he deserved. And in speaking with his [other] attorneys, what we saw was that Chris, from the beginning of Slipknot, was treated like an equal, and it wasn't until later, after the band had experienced success, that they began to treat Chris like less than that equal. And we looked at that, and we said, 'Well, that doesn't seem fair,' based on the facts as we understood them that he began as an equal partner in the band in the beginning, and he should continue to be treated in that same fashion."

Rothman reiterates what was mentioned in the suit – it was a conflict of interest for the band's manager to also personally represent certain members of the band:

Asked by Rock Feed what Slipknot meant in their statement when they noted "Chris knows why he is no longer a part of Slipknot. We are disappointed that he chose to point fingers and manufacture claims, rather than doing what was necessary to continue to be a part of Slipknot," Rothman says:

"Not really. The suggestion that Chris did something personally to any member of the band, Chris rejects. The suggestion that Chris isn't up to it musically is absolutely false. In fact, it's our position that the band is going to miss Chris on the recordings it's doing, the compositions it makes. There's a reason why Chris is one of the composers on all the band's work, why he is an important background vocalist and percussionist on all the band's recordings, and for anyone to suggest that he doesn't make a valuable contribution, I think, is gonna be absurd to anyone who follows the band."

Rothman added: "The reason why the lawsuit was filed was, as I said before, Chris was denied access to information about the band and its business and he was essentially being proposed that he would be a second-class citizen in the band. And that, in our view, was not fair, it wasn't equitable, and it wasn't consistent with his role from the very beginning."

Beside's Slipknot's plans to release a new album in August, which is among our most anticipated for 2019, the band have a busy summer ahead. They have set up a massive tour with Volbeat, Gojira and Behemoth. Here are the dates: