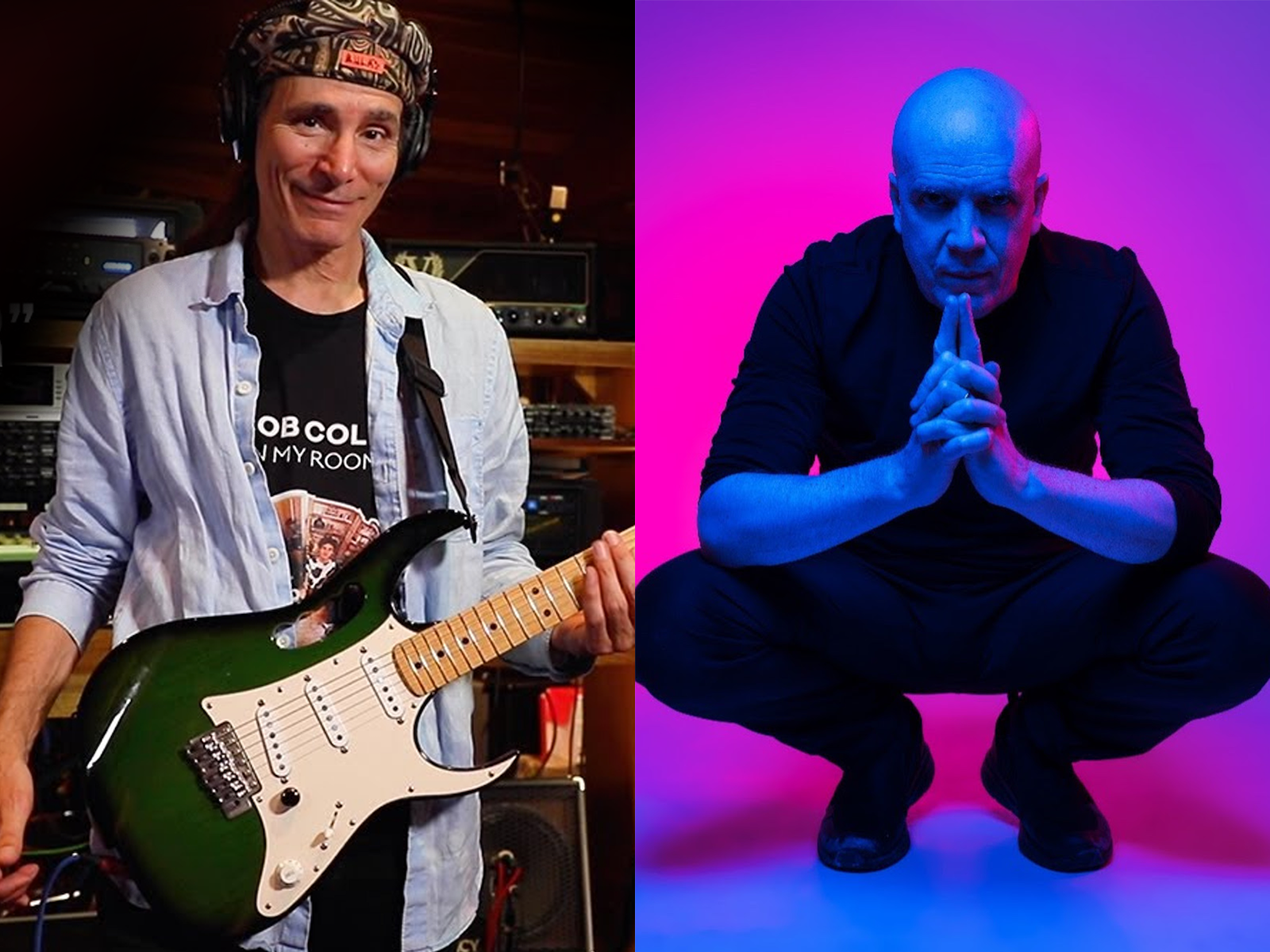 Devin Townsend provided vocals on Steve Vai's classic 1993 album Sex & Religion, and reconnected with Vai for the first time since at the Starmus festival in 2017. During a press conference at Hellfest this year, Townsend said he wouldn't mind working with Vai again sometime in the future. Though he's not a big fan of Sex & Religion track "Here & Now."

"I didn't like that song, but I love Steve. And if he wants me to do something with him, of course I'll do something with him. He's a genius, and I love him. I love that guy. But also I think a lot of what made that record interesting yet very odd was the fact that we're very different. And back then we were really different. Now we're less different, but we're still very different. And the Starmus Festival was great to reconnect, but we're still very different. And I may be wrong, but I think our reasons for doing what we do are fundamentally slightly different, and it's always a little chocolate and cheese, you know? But among the people who I count as being closest to my heart, he is one of the very few. And as a friend, I would be happy to do anything that he would ask of me because I love him. It's true."

Devin Townsend recently announced his new album Lightwork for October 28. The album was produced by Townsend and Gggarth Richardson (Biffy Clyro, Rage Against The Machine), and was given artwork by the legendary Travis Smith (Opeth, Katatonia, etc.). Lightwork will be accompanied by a companion record called Nightwork, available as part of the limited edition versions of the release. More details on the formats will follow in the coming months, along with pre-orders.