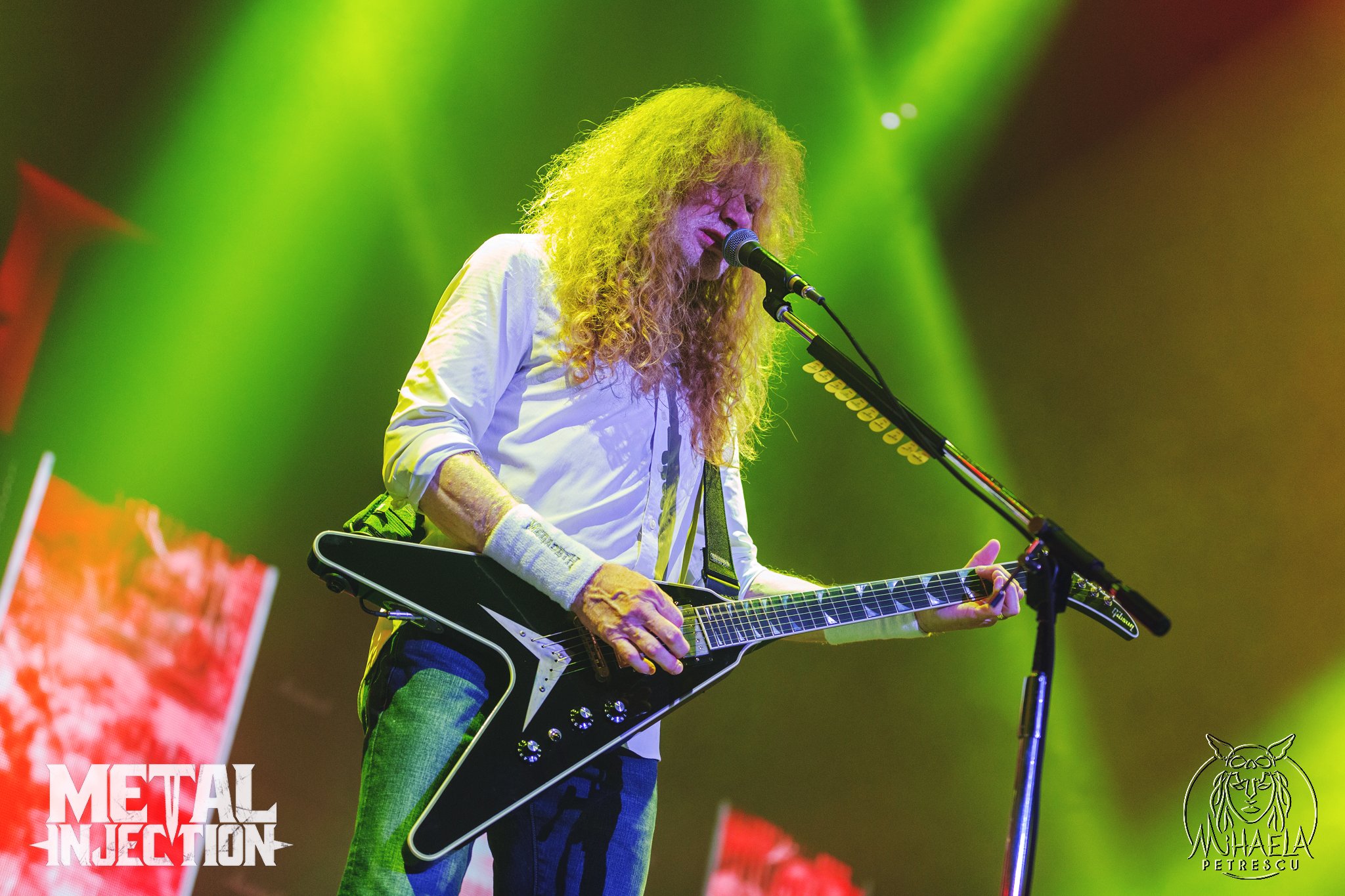 Megadeth frontman Dave Mustaine might have a reputation as being a control freak, but he certainly doesn't see it that way. In an interview with Guitar.com, Mustaine denies that he's overly controlling and points out the writing credits for both guitarist Kiko Loureiro and drummer Dirk Verbeuren on the last two records. For those wondering – Loureiro has three co-writing credts on Dystopia from 2016 and eight on The Sick, the Dying… and the Dead!, while Verbeuren has two on The Sick.

So how'd Mustaine even get the reputation as being a control freak? He points out that some former bandmates are simply "bitter" and that their music only didn't make the final products because they weren't that good.

"All you have to do is look at the last record and how much Kiko wrote on it. It completely dispels the lies from the past about me not letting certain band members in the past write music. Same thing with Dirk too. So that was just a bunch of bitter ex-members complaining about 'quality control' over riffs that weren't that good. If they were good, they would have been on the record."

It does seem a little arbitrary that Mustaine would have to cite the past two records, as they've really got no more or less co-writing credits than any other Megadeth album. Two modern albums that stand out in that regard are The System Has Failed, which was written entirely by Mustaine and was intended to be a Mustaine solo album (so that kinda doesn't count); and Thirteen, which had quite a few writing and lyrical contributions from producer John "Johnny K" Karkazis. So it certainly seems like across the board that Mustaine has given his bandmates the opportunity to pitch in ideas.

Mustaine also touched on how he makes a riff a Megadeth riff, saying he's "just taking a riff that has a melodic idea and making it heavy. Or taking a melodic idea and making it thrash. Sometimes you can do that with existing songs, other times doing stuff like that just ruins it. So there's a fine line that you walk when we share each other's music. Usually, there's three ways that it comes down; it's your way, our way, my way"

"And so when I hear stuff it's usually 'their' way, then that's great – I know we're onto something good and it just works. Now, if it's really good but it just needs something, like maybe it's played in a different key or maybe it's played on a different string, instead of playing it up high on the neck on the low strings you play it a little lower on the neck on the higher strings, because the strings are clearer or vice versa because you want the fatter strings to sound heavier. Stuff like that you know – that's how I would 'Megadeth' it up, I think."