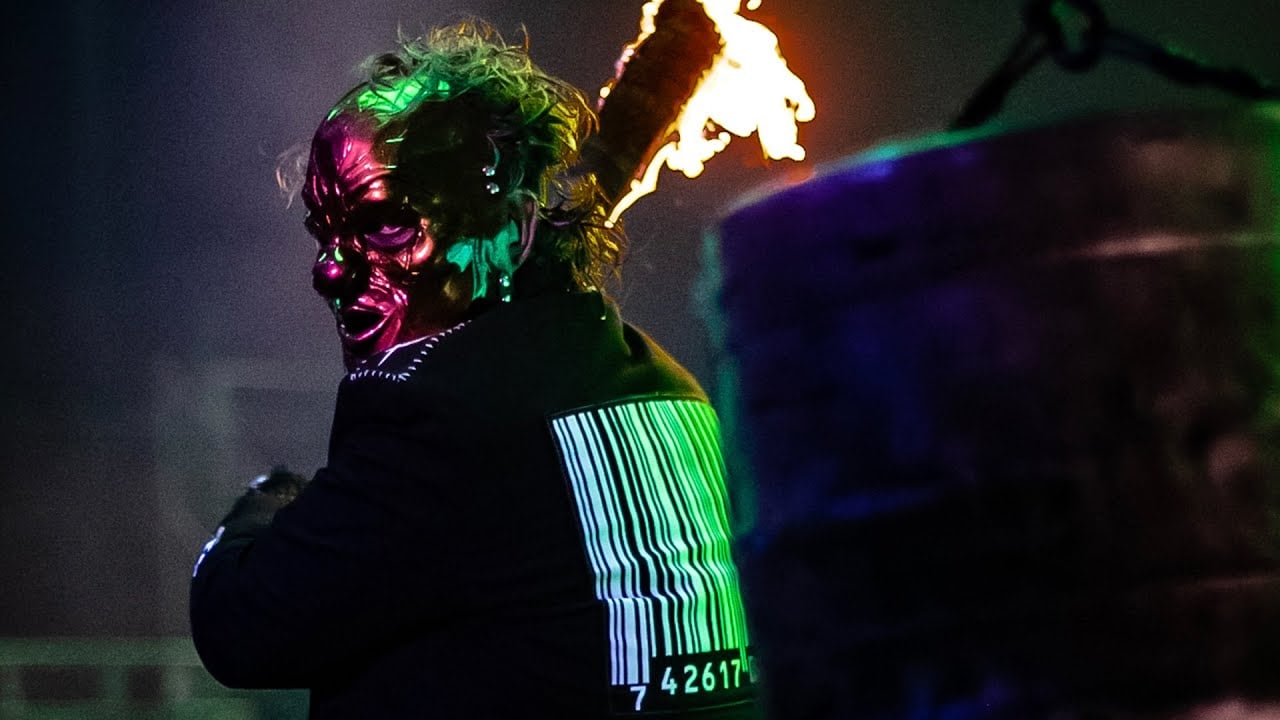 Slipknot founding member, percussionist, and dude in charge of the band's visual aspect M. Shawn "Clown" Crahan is pretty interested in doing a movie on the band. Well, a movie or a Netflix-style series. In an interview with NME, Clown said he wouldn't be interested in doing a Bohemian Rhapsody-style flick on the band since "it's strictly one-sided," but knows that the powers that be wouldn't be too into doing something longer to get the whole story out.

"The problem is that I watched Bohemian Rhapsody, and it's strictly one-sided. And the people that wrote it and stuff, they'll tell you, 'Oh, it's supposed to be one sided.' It's just about the star, you know, it's Freddie Mercury's story – but I'm a Brian May fan as well, and I want to know more about him. But you can't do that in two hours, and the suits in the corporate world, who maintain the [film industry], they don't want to do more than two hours. That's too much of a risk for their business, and unfortunately, they control how art is handled and gets to the majority of the human race."

Later in the same interview, Crahan revisited the thought of equal representation in the film and giving fans the full scope of how Slipknot evolved from being a small-town Iowa band to what they are now. "There's a lot of dudes [in Slipknot] that need to be represented equally – not one is greater than the other, and you can't explain the band without explaining all of them. And then there's our first manager [Sophia John], who passed away – that story would have to be in there – and then there's a motley crew of about a dozen other motherfuckers… I mean, it's a big story, man! It's insane. So we're gonna do it, but we're gonna do it our way."

As for any movies being made without his supervision, Crahan makes it pretty clear "if I'm not involved, that means I'm not involved. That means, 'Good luck with whatever the fuck you're trying to do, because I'm not going to approve a word of it.'" Which isn't to say that someone can't just slap an "Unauthorized" tag on it and move forward, but that can open the door for all sorts of trouble.

And given Slipknot's size, I think we can all safely assume a movie about the band would do just fine. Obviously not Bohemian Rhapsody numbers, but well enough to warrant it.