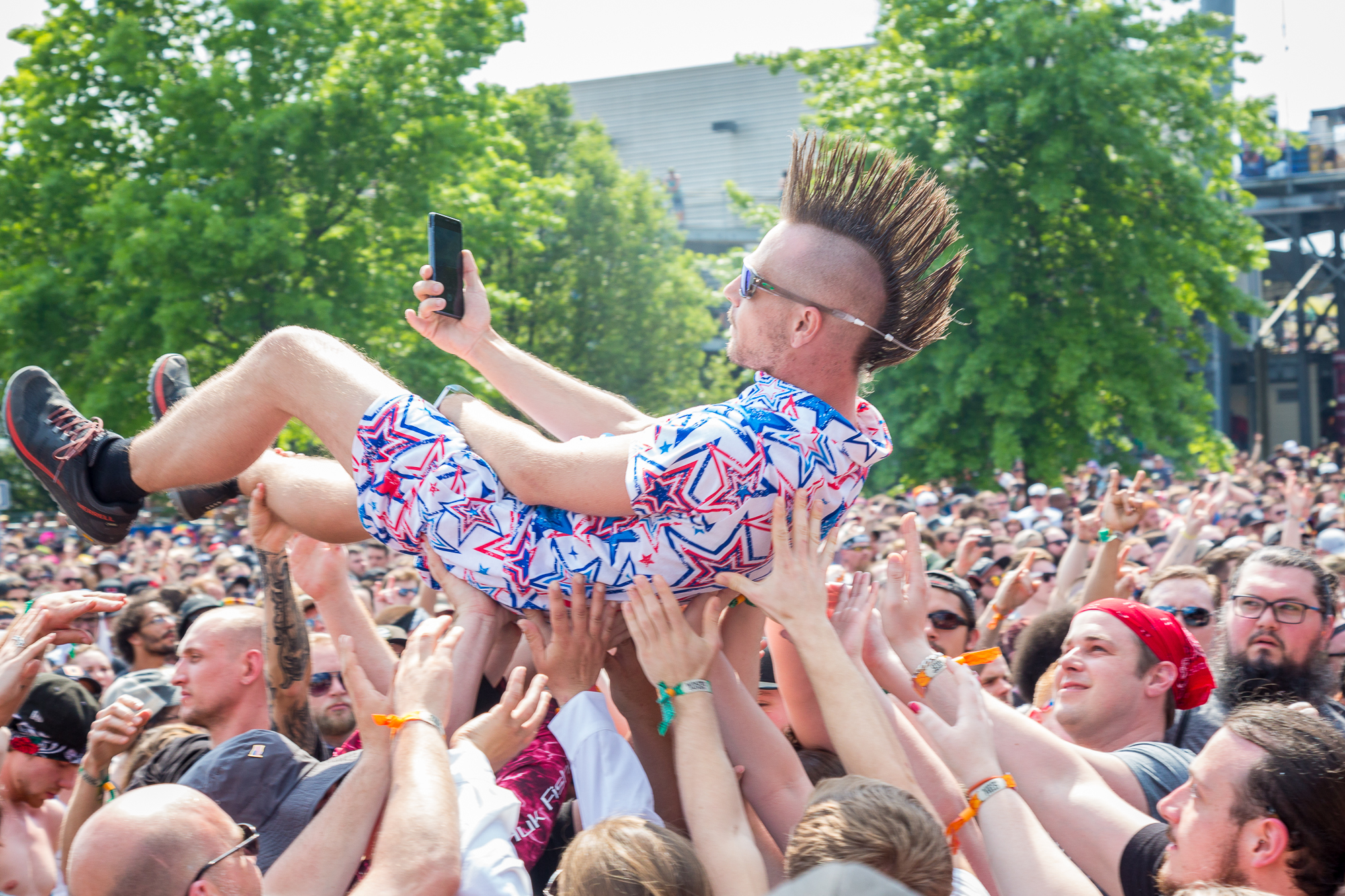 Many fans on this site are just counting the days until we can return to going to shows. We hear you, and we're feeling the same way. But safety is important and if these new guidelines are to be believed, metal shows will not be the same as they once were for a long time.

And we're not just talking about these drive-in shows, or fan-pods with social distancing or even virtual tours. We're talking about when venues reopen, you will not initially be having the same experience as before the lockdown, at least according to The Event Safety Alliance Reopening Guide. The guide was curated by industry professionals creating a protocol on how to safely reopen.

The guide notes that fans will likely resist these changes at first, but over time, will come to get used to them – comparing it to the way bag checks and metal detectors were put in place after 9/11.

“At this early moment, there is as much resistance to face coverings and social distancing as there was to bag checks and magnetometers in the United States after 9/11. We got used to them, and most people came to accept that they were for our own safety. A cultural change is necessary again. Widespread messaging by venue and event professionals can accomplish two essential goals: (a) patrons will learn that the new rules are for their protection, which will eventually lead to greater compliance; and (b) transparently showing new sanitary practices will coax nervous people back into public places.”

Perhaps the most shocking passage for metal fans came later in the 29-page document, emphasis ours:

“Patrons cannot all stand at the front of the stage like they are accustomed; moshing and crowd surfing are violations of social distancing per se and must be absolutely prohibited during this pandemic.”

Perhaps just being able to leave your house and go to a show will be enough for most people, but I imagine it will be very hard for metal fans to want to avoid moshing or bumping into each other.

Other suggestions include indicating proper distance measures with tape on the floor: “High conspicuity gaff tape on the floor of an indoor space, or spray chalk, survey flags, and cones for outdoor spaces, to mark six foot (two meter) separation.”

The guide recommends venue staff patrol the area to make sure fans are complying, which is something venue staff will surely not be too excited about needing to do.

Another recommended measure is temperature screening for all people entering the venue:

Each point of entry, both front and back of house, should be monitored by workers trained and approved under the Infection Mitigation Coordinator’s supervision. These workers will conduct temperature screening using ‘no-touch’ thermometers approved by the Infection Mitigation Coordinator. Anyone displaying a temperature over 100.4 F (38.0 C) should be taken to a private area for a secondary temperature screening. Workers or patrons confirmed to have a higher temperature should be denied entry and directed to appropriate medical care. Safety plans should include a refund policy and protocols how to handle groups where one member is denied entry

The guide also recommends heavy sanitation of the venues, including all elevators, door handles, desks and ticket counters, etc. It encourages paid sick leave for workers. The entire guide can be read here.

Lamb of God vocalist Randy Blythe spoke about how metal shows won't really work in the age of social distancing, in a recent interview with the Vox & Hops podcast

"As far as how shows will be in the future, I don't know if there will be shows until we can have shows normally — in general, for anyone. Because I don't think — let's be realistic; let's be 100 percent realistic — I don't think a bunch of metalheads or punk rock kids or hardcore kids, when they all go to a show, if there's gonna be social distancing, any band starts playing, that social distancing shit's gonna go out the window. It's, like, 'It's time to mosh, motherfucker.' You know what I mean? That's not gonna work for us, bro — that's just not gonna work.

"Can you imagine how weird it would be? I remember seeing Testament and Slayer in, like, fuck, maybe '90, I think it was — '90 or '91; they were on tour together. And they played this venue in Richmond called The Mosque, and it was all seated. It's this beautiful theater and it's all seated. And I was, like, 'This is not gonna work, man.' And sure enough… They had security guards going up in the aisles and trying to keep it calm. But, nah, man — chairs got fucked up. That's not how you do it. And what am I gonna say to the audience? 'Everybody, stand really still. Don't touch anyone. This next song is called 'Walk With Me In Hell'. Two meters, please.' It's not gonna work for Lamb of God, bro. So it's, like, holy fuck.

"I think it would be a mistake to try and have a fucking metal show and space restrictions. What the fuck, man? That just wouldn't do — wouldn't do at all.

"Another thing that fans need to remember is this isn't our decision [as to when we can go back on the road]. And it varies state to state, province to province, municipality to municipality. Local governments have different rules. Everybody thinks that, well, we can just go on tour, and this is how we're gonna do it. No, man. We have to be granted a license to play a show."