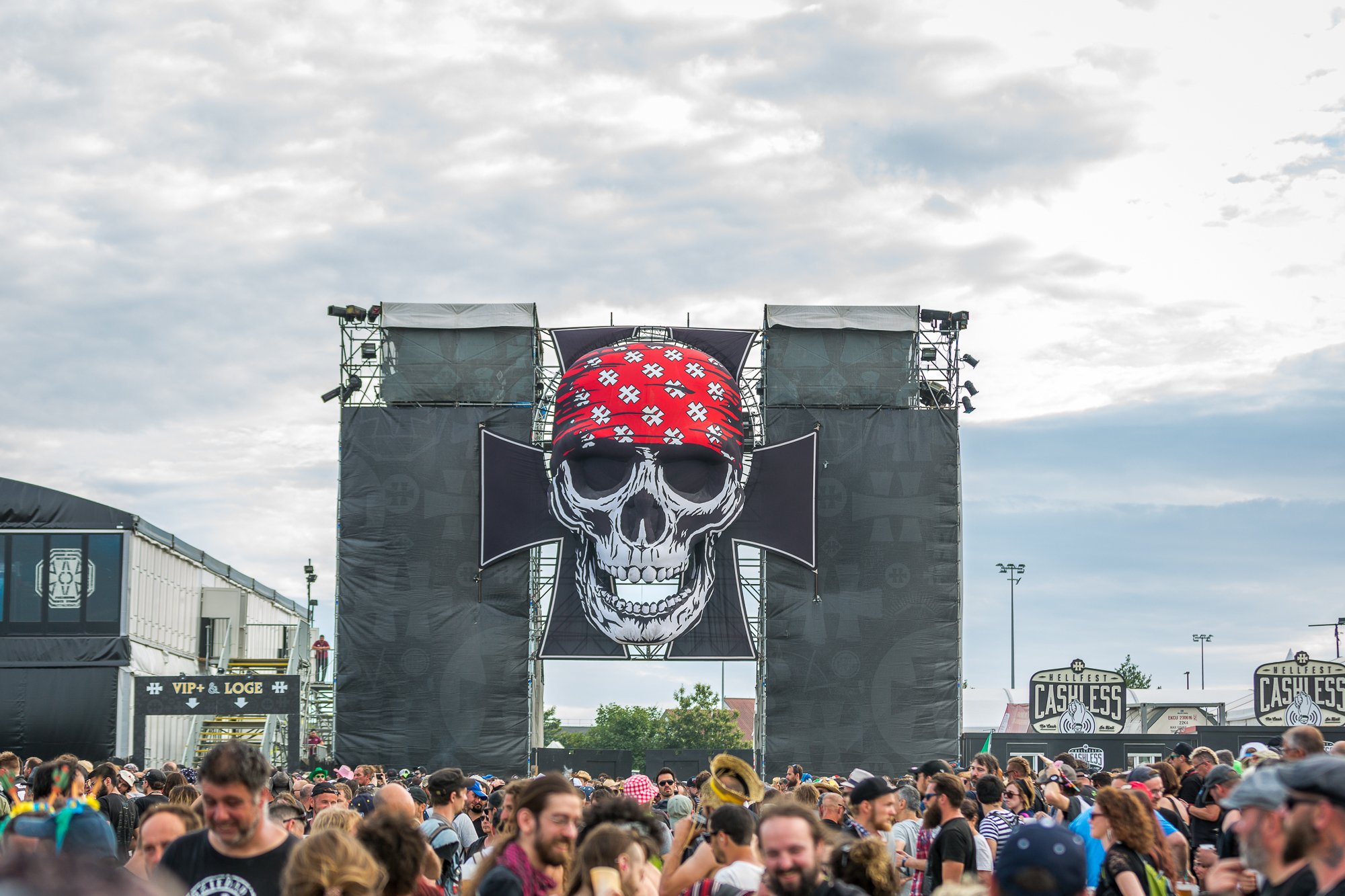 In early December, Live Nation's president said it was his "expectation" that they would be back with "major outdoor shows" by summer. Now, there are doubts being cast on those ambitious plans, especially in Europe, where one major festival was already cancelled, and one of the major summer metal festivals, Hellfest, is in danger of being cancelled as well.

Earlier today, the organizers of Britain’s Glastonbury festival, an event especially to serve over 200,000 people announced they were canceling the 2021 version of the show. They weren't even trying to move it to the fall. “In spite of our efforts to move Heaven & Earth, it has become clear that we simply will not be able to make the Festival happen,” the organizers said. This has sent shockwaves through the festival world, with many seeing this as a bad sign for their hopes for continuing on this year.

The New York Times ran a report ran a quote from Olivier Garnier, the spokesman for Hellfest, France's big summer metal festival “It’s sent a very bad signal.” The festival recently sent a letter to France's culture minister, Roselyne Bachelot, asking if the festival could still occur and saying that the fest would test attendees upon arrival.

The culture minister said that testing was not enough to allow the festival to occur, being quoted as saying “It’s fanciful!’,” to a French parliamentary committee. It doesn't seem like the French government is giving enough priority to solving this problem.

Speaking to France Inter, Hellfest founder Ben Barbaud said (translated by Google from French) "I'm a little pessimistic with regard to the situation, especially since in a hard rock festival, it will be difficult to enforce barrier gestures." He continued "In the open air , in the middle of summer, after the vaccination campaign, why not with a PCR test? I just wish we could discuss it with the government."

One of the organizers of Denmark's Roskilde festival seemed more optimistic, saying its much easier for his staff to build their stages and the festival was "cautiously optimistic."

The issue is getting the right amount of insurance. Marc Geiger is the co-founder of Lollapalooza and the former global head of music at talent agency William Morris Entertainment, one of the largest global talent agencies in the world, said last year on The Bob Lefsetz Podcast that there are "probably 20" roadblocks preventing live music from returning nationally. Besides the obvious of the virus, spacing and density, he points out that a huge hurdle will be insurance and libality. “With [COVID], there’s infinite liability,” adding that it will add incredible risk for promoters to put on shows, and even finding a willing insurer. Currently, no insurance company offers COVID insurance. Geiger notes that some of the larger promoters can likely self-insure, but for independent promoters, they will have to wait longer." He predicted shows wouldn't return until 2022.

Director of the National Institute of Allergy and Infectious Diseases Dr. Anthony Fauci said in an interview earlier this month that he believed vaccines in the U.S. may provide enough herd immunity to allow live music to resume this fall.

"If everything goes right, this is will occur some time in the fall of 2021," Fauci said, "so that by the time we get to the early to mid-fall, you can have people feeling safe performing onstage as well as people in the audience."

New York Governor Andrew Cuomo said he wants to begin testing larger scale events in the city as soon as February 2020 with the hopes that rapid testing would expand enough to hold outdoor events in the summer.

One thing is for certain, and that's nothing is yet certain with regards to plans for large scale outdoor events.

In this article: coronavirus, Covid-19, Hellfest