Bubble Concerts May Be Our New Reality For Shows 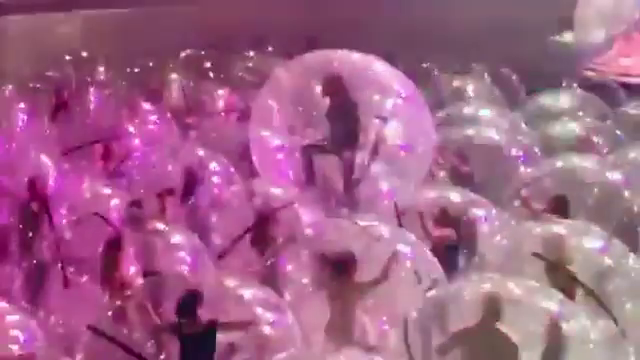 Socially distanced shows? Hell no, we're going for bubbles now! The Flaming Lips vocalist, and man who has been using a bubble on stage for years, Wayne Coyne is planning on making bubble concerts a reality.

"I mean, it seems absurd, but we at first were just doing it as not a joke, but just as a kind of funny thing, and now it's becoming kind of serious and real," said Coyne in an interview with Brooklyn Vegan. "We're starting to get ready to do an actual show where yeah, there's three people in each of these space bubbles, and we play… We think maybe playing two shows a night, and getting a big audience in there each time."

Coyne said the idea initially started out as a joke, and then became a small concept, which turned into the below photo of a 100 bubble venue.

"The place that we're at at the moment, it holds almost 4,000 people, but it only holds a hundred space bubbles," he said. "So it's a lot of space in there." He adds, "You fill them up and people can be in them for quite a while. I don't think people quite realize that. Since we have some here, we've played with them and messed with them for quite a while. I mean, even back in 2006, I would get in one of the space bubbles at the end of our big Halloween parade here, and I would walk down the street for almost an hour in one. Yeah. You know what I mean? It holds a lot of air. I mean, you can be in there for quite a while. I just don't think people quite realize what it is as a mechanism. But we've just messed with them for so long, we kind of know that it can all work and how it can work and all that."

Read the full interview here and check out some photos below!

In this article: coronavirus, Covid-19, The Flaming Lips