LIKE MOTHS TO FLAMES Fires Bassist For "Abusing The Platform He Was Given"
At least they're honest about it.

As Scar Symmetry gears up for some touring, and presumably their next album The Singularity (Phase II: Xenotaph), they're also down one bassist. Guitarist Per Nilsson took to Facebook to announce that Andreas Holma will not participate in the band's coming shows in Sweden, Finland and Japan because of avoidable scheduling conflicts with Holma's other band. Despite the very frank post detailing why Holma and the band split, Nilsson thanks "Andreas for the good times we had and wish him all the best for his future endeavours."

It is with disappointment and a sense of disbelief that we announce the departure of Andreas Holma from Scar Symmetry just weeks before our tour of Finland, Japan and the Baltic Sea. Andreas recently informed us that he couldn't take part in these shows due to a scheduling conflict with another band that he's playing with, even though the Scar Symmetry shows (that he agreed to do!) have been planned for several months and he's had ample time to notify us about the situation. With this short notice, it's impossible for us to a secure a Japanese visa in time for a replacement bass player, as well as finding someone good enough to learn all the music and rehearse in just a few weeks. Also, since the flight tickets are non-refundable, we'd be forced to shell out for new ones.

Cancelling with just a few weeks notice without a very good reason is completely unacceptable to me, it puts the tour in jeopardy and makes the band look bad, and as a consequence Andreas is no longer a member of Scar Symmetry. For our upcoming shows we won't have a bass player, instead we will use a pre-recorded bass performance (by me) on backing tracks. It might not be optimal but it'll sound really good and we'll have a little bit of extra space on stage :)

As for a permanent replacement, we have a few people we're gonna talk to but since we don't have any shows beyond this tour booked we aren't in a big hurry.

Even in our upset and disappointment, we still want to thank Andreas for the good times we had and wish him all the best for his future endeavours.

Thank you everyone for your support and understanding, hope to see you soon in Helsinki, Tampere, Osaka, Nagoya, Tokyo or on the Close-Up Cruise in the Baltic Sea!

Catch Scar Symmetry at one of the dates below.

In this article: scar symmetry 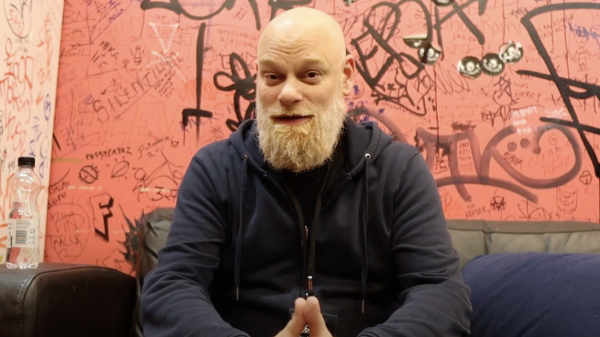 Here's Why The New SCAR SYMMETRY Album Is Taking So Long