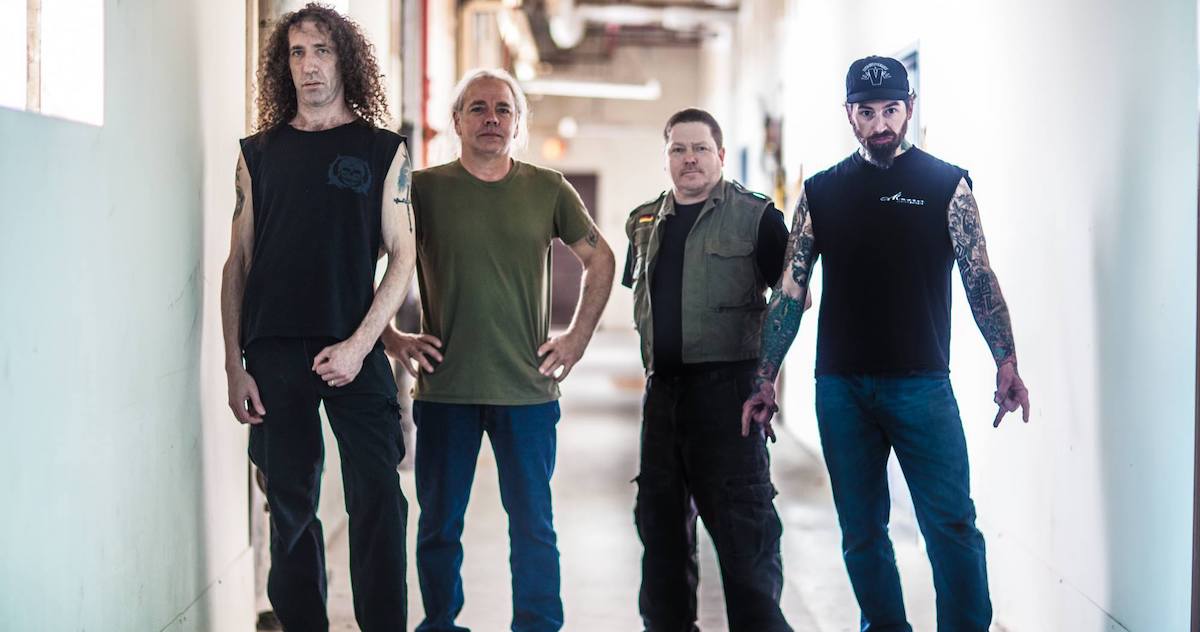 Update: Guitarist Erik Burke has confirmed Nuclear Assault is indeed no more in a comment to a fan on Facebook. The original story is as follows.

Original story: Well, looks like that's the end of Nuclear Assault. While the band hasn't made any official statement just yet, they did post the below photo on their Facebook (captured by Ultimate Guitar)… and then deleted their Facebook page. The Nuclear Assault Twitter hasn't been updated since 2016, and their Instagram account has zero posts. So the information is pretty scarce right now, but a tombstone photo with the band's logo and dates "1985-2022" makes it pretty damn clear.

This isn't really shocking given bassist Dan Lilker (ex-Anthrax, ex-Brutal Truth, etc.) said the band's show at the Decibel Metal & Beer Fest back in June of this year would probably be the band's final show.

"We're going to be pretty much wrapping it up. Nobody is getting any younger. People have commitments and families and stuff like that. I've been to a couple of the Metal & Beer Fests and I was usually pouring or just hanging out and drinking or something. So, I think it's truly cool to be able to do this and I'm not kissing your ass here, at a nice, prestigious American metal festival. Also, I like beer.

"In all seriousness, it will be cool playing one of these. Like I said, I've been to a couple and when I go backstage and bullshit with people, I feel like, 'Shouldn't I be doing something?' I think it should be a lot of fun and that might be our last U.S. show, actually."

In this article: Nuclear Assault