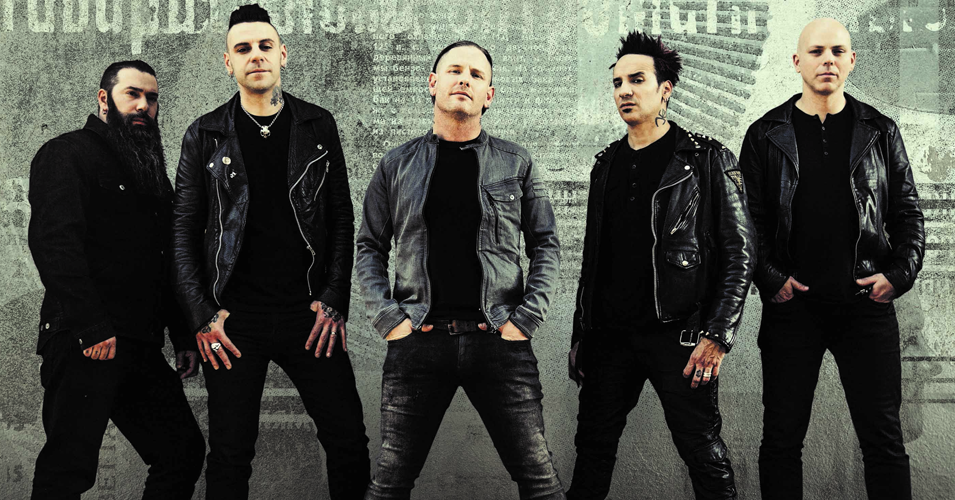 Corey Taylor is a busy man right now. He's out promoting his first solo album, CMFT, and his main project, Slipknot, had an entire year of touring that ended up canceled – so his entire next year is filled up with make-up dates for Slipknot's touring schedule, and then he said he wants to do a second solo album. So where does that put Taylor's other main project, Stone Sour? It puts them on indefinite hiatus!

Taylor was a guest on the Australian podcast The Greenroom with Neil Griffiths, and revealed that he talked to his Stone Sour bandmates, and they're putting it to rest for now.

“I feel like Stone Sour has kinda run its course for now." Taylor said, "We all talked as a band and decided to kinda put Stone Sour in indefinite hiatus. That’s the way it is.”

Taylor has been pretty gung ho about calling it a day with Stone Sour, but he has a "never say never" attitude about it. Speaking to Eddie Trunk on his SiriusXM show a few weeks ago, Taylor said “If someday we wanna get back together and do some stuff, it’ll be bigger than it was. But for right now, we’re all kind of focused on kind of doing our own thing. But you never say never in this business.”

Stone Sour released six albums starting in 2002 with their self-titled debut and concluding with 2017's Hydograd.