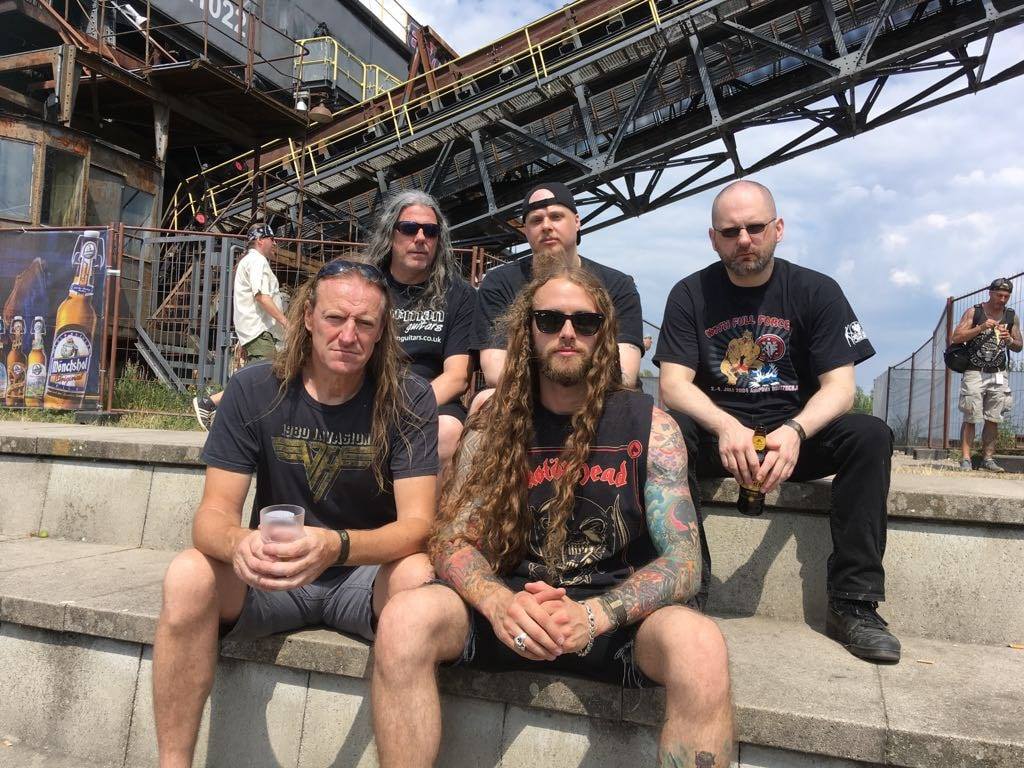 Dave Hunt has been fronting Benediction since 1998, but 21 years later and things are about to change. Benediction has announced Hunt will step down after their shows in Germany and and the Czech Republic this July. In a statement, Hunt says he's leaving to focus on Anaal Nathrakh, the band he's been fronting since 1999, and his Ph.D. studies. Hunt says he was involved in the writing of the new album but won't be in the band to perform in the studio.

It'll be interesting to see who Benediction gets as their new vocalist, as they've only had big names fronting them in the past. Hunt was the frontman from 1999 to 2019, and prior to that was Mark "Barney" Greenway of Napalm Death from 1989 to 1990, and ex-Bolt Thrower vocalist Dave Ingram from 1990 to 1991.

Benediction would like to formally announce that after much agonising and deliberation, it has been mutually agreed that vocalist Dave Hunt will leave the band after the shows in Germany and the Czech Republic this coming July.

Dave’s schedule has become increasingly congested with his commitments with both Benediction and Anaal Nathrakh as well as his relentless studies for his PhD. Therefore Dave will vacate the role in Benediction he has commanded with such strength for over 20 years. As Dave says, ‘With the writing for the new Benediction album almost complete, it sadly became clear that it would be impossible for me to give Benediction the full commitment it so richly deserves, for the album, the release and the inevitable shows and other events around it in the future. To me, Benediction is more than a band, more than a bunch of brothers I never had, more than one of the most important things in my life for half the time I’ve been on the planet. It is an institution. And I genuinely believe it’s in an incredibly strong place, especially with the new material. There are great things ahead for Benediction, and although I’m gutted I can’t be part of them, the guys have my total respect, affection and support’.

Benediction have begun working with his replacement and have already completed writing for a number of vocal tracks for the new album, but his identity will remain private for the time being. Dave will still complete the shows booked between now and July, and we would like to make it clear that all shows currently booked will happen, both before and after the changeover. A further announcement regarding the identity of the new singer will be made nearer to July.

Benediction would like to take this opportunity to thank Dave for his superb performance and his loyal service over his time with the band and wish him every success in the future and will remain close friends with him long into the future.

Much respect and many thanks mate.

2020 was the most painful year of my life, but these albums made it bearable as my 15 most listened to of the year.Advertisement....