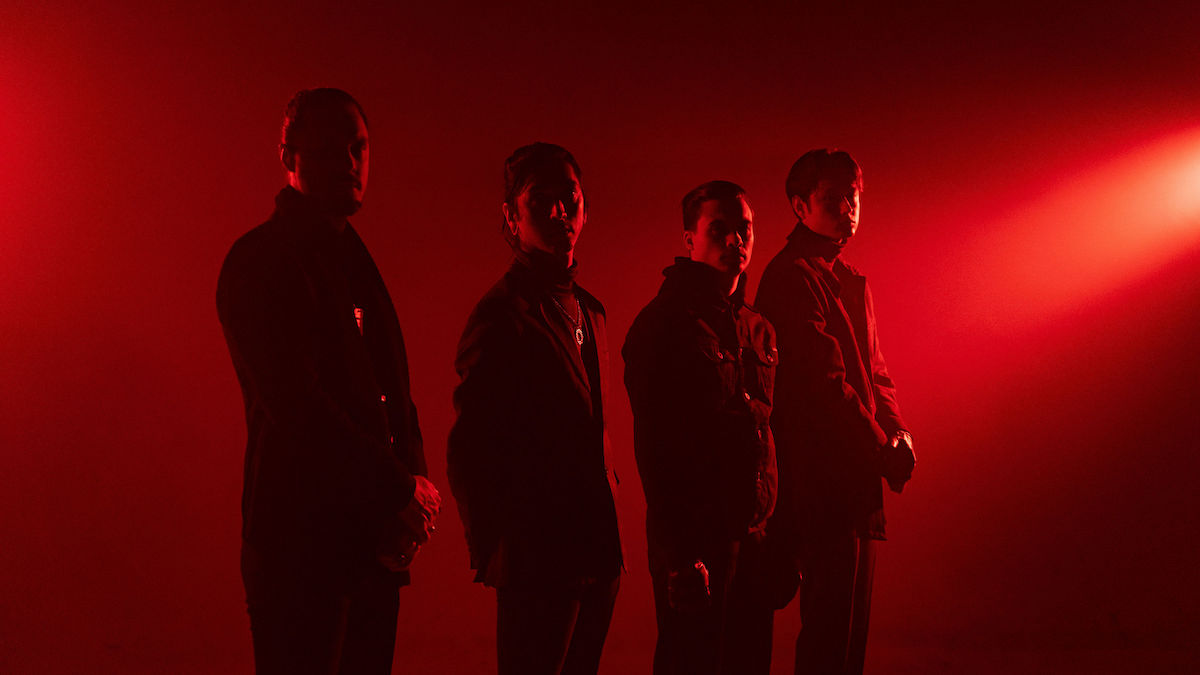 Unfortunately for every touring band (at least in the United States), venues generally take somewhere around 20% of what bands make in merch sales. So when you're buying the limited tour vinyl and special t-shirt, the venue is making a few bucks and Bad Omens isn't too pleased.

It all started when a fan tweeted at Bad Omens about a drink named after their song "Nowhere To Go" at the venue. Bad Omens retweeted the photo to make a fair about about venues taking merch cuts but not offering any percentage of bar sales, especially if they're naming it after a touring band's song.

"That’s dope, artists still don’t get a cut from bar sales tho even if the venue gives cocktails cute little names after your songs, but still take 15-20% of touring artists’ gross merch sales every night. Nowhere To Go punch does sound delicious though, tip your bartenders.

Bad Omens clarified that they're not interested in getting a cut of the bar profit, but of course would rather see the merch cuts go away. Especially considering how financially difficult it is for any band to get out on the road these days, as we've learned from Devin Townsend.

"Just to be clear – we don’t want a cut of your bar sales. We just don’t want to give you 20% of the merchandise we design, pay for, manage, set up, carry, and sell ourselves because you gave us 24sq ft of floor space in your venue we sold out."

Bad Omens is hardly the first band to be irritated by merch cuts. Earlier this year, Australian metalcore act Alpha Wolf vocalist Lochie Keogh called out the venue the band was playing at live on stage, calling them "dirty fucking venues" taking money from bands "not making any fucking money anyway."

"Before we go, I want to mention every band on this tour is still merch over there. We're all trying to get the same shit done. It doesn't matter whose merch you buy. Any bit of money you spend helps. Especially when these dirty fucking venues are taking twenty-percent of it from the bands playing tonight. It's like we're not making any fucking money anyway. You'd think venues doing that could afford some good fucking air conditioning, but apparently not."

In this article: Bad Omens