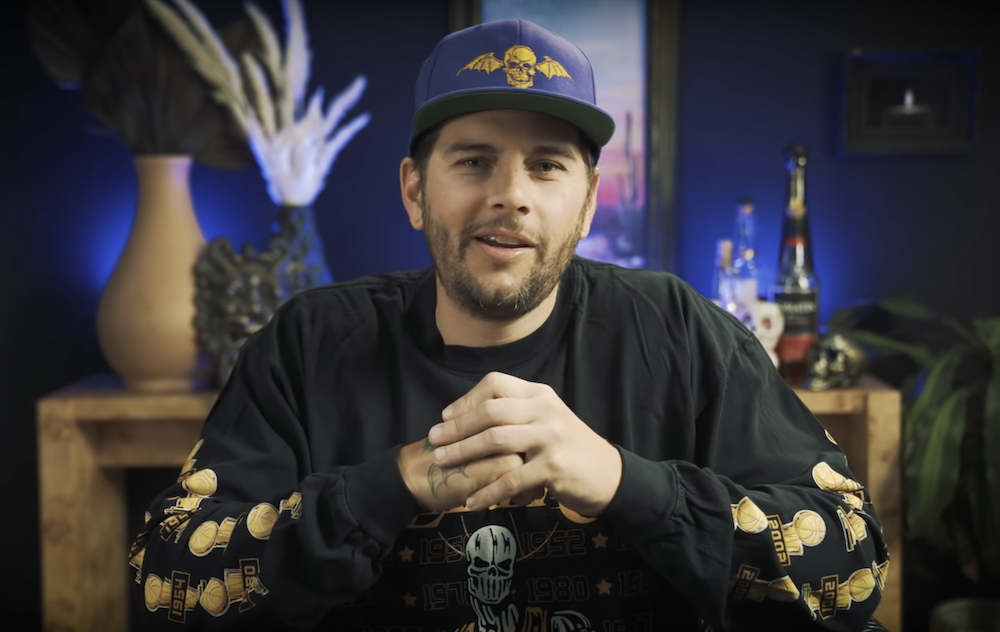 Avenged Sevenfold vocalist M. Shadows is not happy with what he calls the pop production that has led to the demise of heavy metal—or at least, that's his take. While not calling out anyone in particular, the singer tweeted, "Hot take: Sampled drums and the 'loudness war' have been the largest contributors to the downfall of rock and metal. The listener does not need to know exactly what that is to subconciously [sic] feel it. Rock should not have 'pop' production." M. Shadows later seemed to clarify in a subsequent tweet that pop music, as it were, was not the enemy, citing Daft Punk's 2013 LP Random Access Memories as a perfectly crafted pop album.

It's our guess that M. Shadows had some downtime for deep thought, as earlier this month, Metal Injection reported that a new Avenged Sevenfold record is in works. Tweets from M. Shadows indicated he's been in the studio recording vocals with producer Joe Barresi, who worked with the band on their 2016 album The Stage. Avenged Sevenfold's follow up to the The Stage has been slowed thanks to the pandemic, but it appears the band is picking up steam once again.

M. Shadows has never been shy about sharing his opinions. Last month, the singer made headlines by stating he believed streaming services saved the music industry, while commenting that "All these old bands that are bitter about it, and it's very weird." Shadows has also commented previously on the state of metal, acknowledging its immortal appeal but lamenting what he perceives as lack of originality.

"I think the purely metal scene is always going to be there…. it's always got a pulse," he said during an appearance on The Bob Lefsetz Podcast. "I don't think the innovation is there, and I don't think the ability for fans to have an open mind for when something is innovative, something is different, is there. I think the great songwriting has been lost a little bit, as well as some of these eccentric pieces of music."