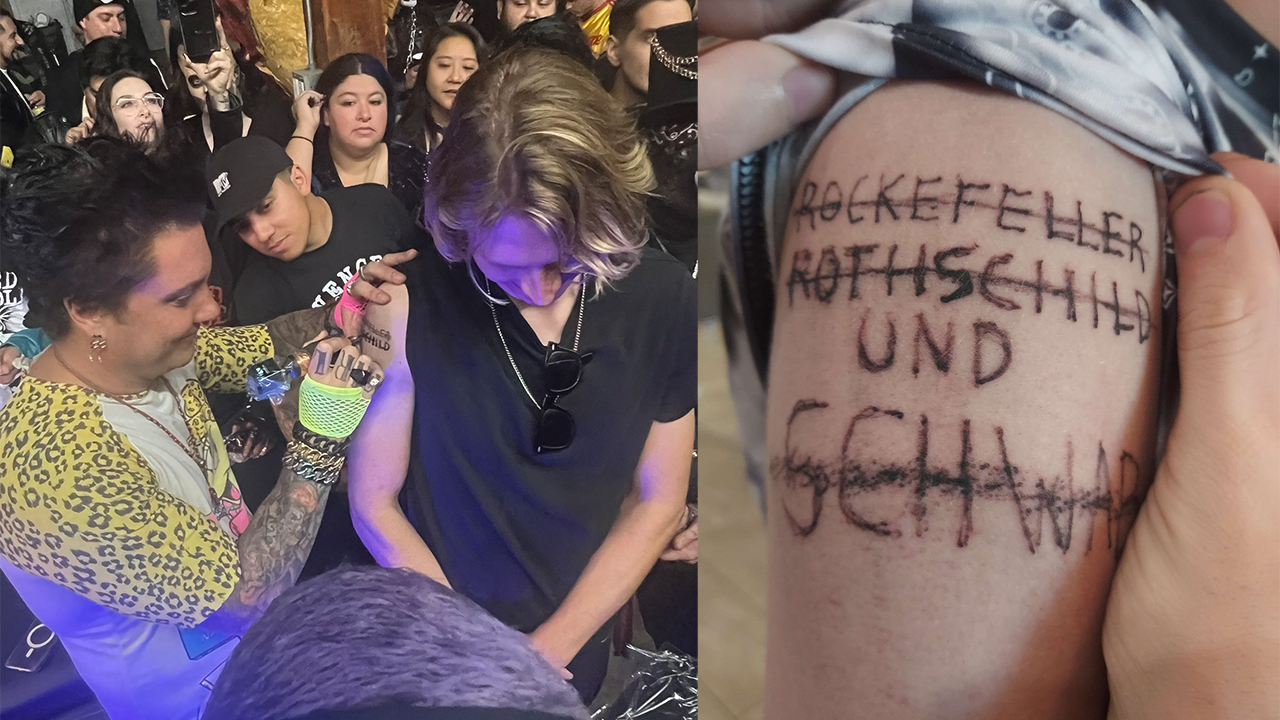 Here's something horrifying: members of Avenged Sevenfold gave their fan club members tattoos at a gathering of the Deathbats, where the theme for the evening was apparently "Horror Night." What could be even safer? Guitarist Synyster Gates was drinking as the entire scene, apparently dubbed "drunk ink," played out—all over Twitter. Frontman M. Shadows was giving tattoos, also, although videos from Twitter at least show Shadows with a technician and with both wearing gloves (with Shadows probably thinking ahead to protect a potential solo career one day).

Gates on the other hand, seems to be in the middle of some event hall, standing upright while tattooing a young man's arm amidst a crowd, and—as we mentioned—drunk from all indications on social media. Bassist Johnny Christ, guitarist Zacky Vengeance, and drummer Brooks Wackerman were also on hand at the event (with Wackerman probably thinking "How can I get back into Bad Religion ASAP?)

Now, I've heard about people having to prepare themselves mentally before going to jail, but this is going a little too far, no? At the moment, there's literally been no explanation as to why something so apparently unsafe was going on.