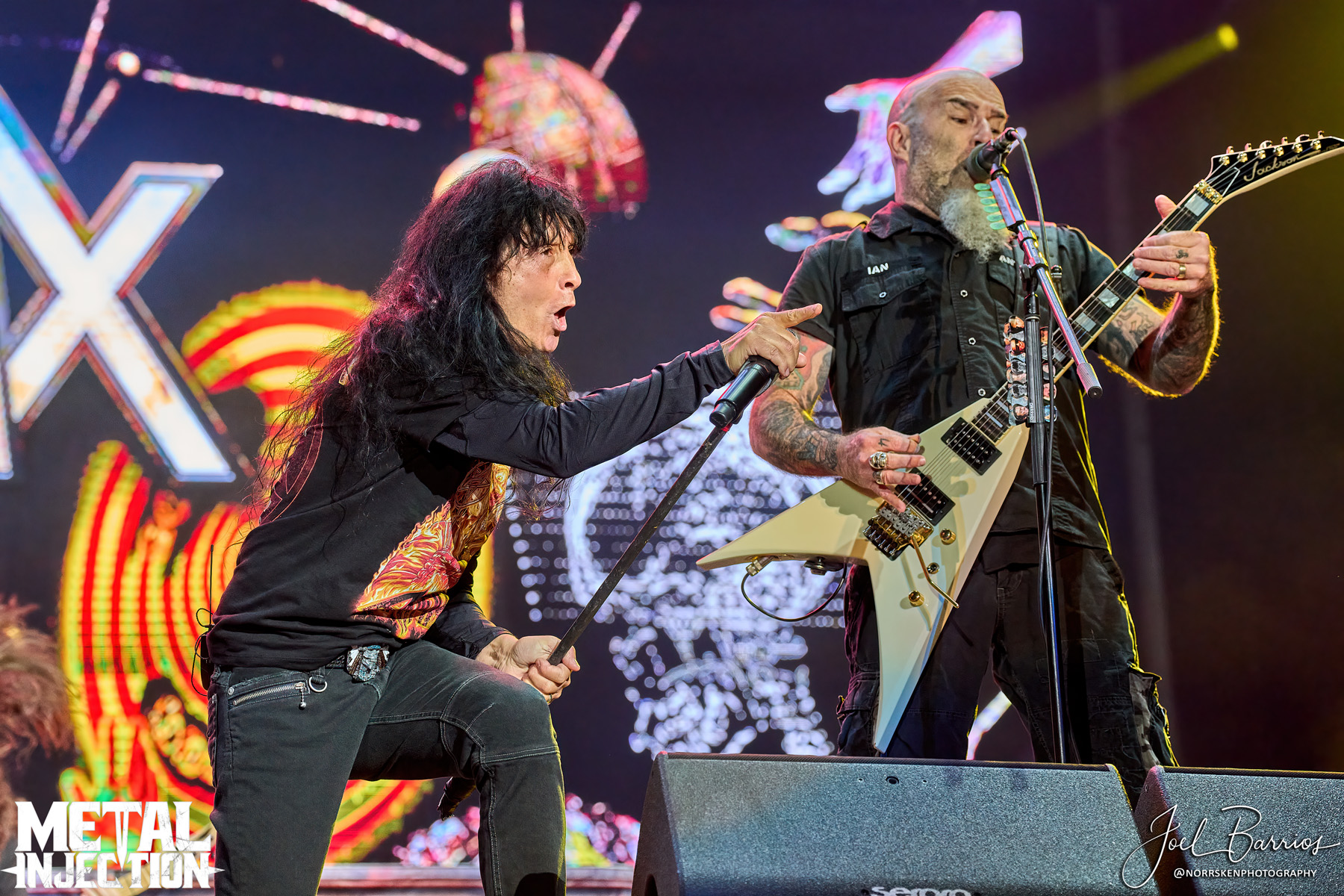 Anthrax, much like their peers in Slipknot, is contemplating releasing a handful of EPs instead of a full-length album.

In an interview with Metal Edge, guitarist Scott Ian and drummer Charlie Benante discussed the long-awaited new Anthrax album and how it'll potentially get released. Ian noted there are 11 songs being demoed at the moment, at which point Benante wondered aloud if releasing EPs instead of a full length would make more sense in 2023.

"It's all so different now," said Ian. "Slipknot's saying now why even make full albums anymore. I get it. I get all sides of it. I still love a full album, but at the same time I totally understand the idea of what's the point of giving someone 11 songs. Most people don't listen to albums anymore.

"So, yeah — why not parse it out? I don't know. All I know is at some point in the next few months we'll probably have 14 or 15 things and then we'll have to decide when we're going to record it and how we're going to release it."

"Think about it," Benante added. "If Anthrax released five songs and you have these five songs, and you absorb it in such a different way nowadays, too. I think that may be the way to go, rather than give everybody 11 songs and it's like, 'Oh — I only had a chance to listen to the first four or five.' I don't know. I just think maybe the business model is different."

Ian later noted that Anthrax generally only plays a few songs from each album, and that releasing a handful of EPs might give the band the opportunity to play more of the new material live. Which makes sense – if you're going to bust your ass writing new music and spend the money recording it, you might as well make the most of it.

"On For All Kings, we definitely didn't play all of those songs at any point. I think there's maybe six songs on the record that got played – and that's it. I almost feel like you're wasting them. I understand album tracks, but if you put out just five songs it would be easy to play all five of those on a new tour."

In a 2022 interview, Slipknot percussionist and founding member Shawn "Clown" Crahan wondered the same thing. Crahan said at the time that "absolute albums are going to be a thing of the past" because "physical product is becoming obsolete," the latter of which might not be entirely true.

"I always thought, 'What would it be like if Slipknot was big enough that we weren't held to albums?'" said Crahan in the interview. "Let's say Clown could convince you, 'Hey, instead of waiting two years for 12 songs, I'm gonna give you one song every month.' So in reality, I'm shaving a year off for the same thing.