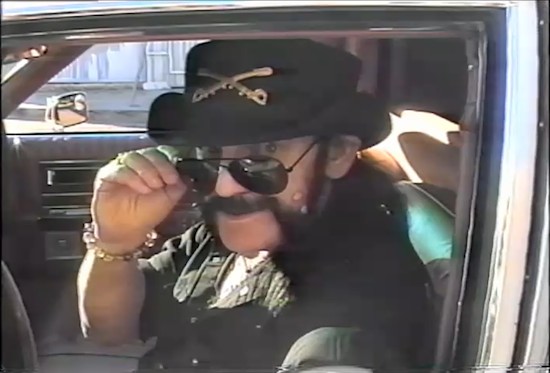 “If he were alive, Lemmy would certainly be a Vampire. He’d probably be our bass player! All of us knew Lemmy, on different levels, because he played with us so many times – everyone in the band had done tours with Lemmy. He was sort of a journeyman. I quit drinking 37 years ago, but he came to me once and said, ‘Alice. I quit drinking.’ And he had a drink in his hand! I was sitting there going, ‘That’s great – and that must be Coca-Cola?’ He said, ‘No, there’s a little whiskey in there.’ His idea of not drinking was not drinking a bottle of whiskey each night. Maybe just five or six drinks.”

I have a feeling we're going to be hearing Lemmy stories for the next decade or so, and they're all going to be really entertaining.