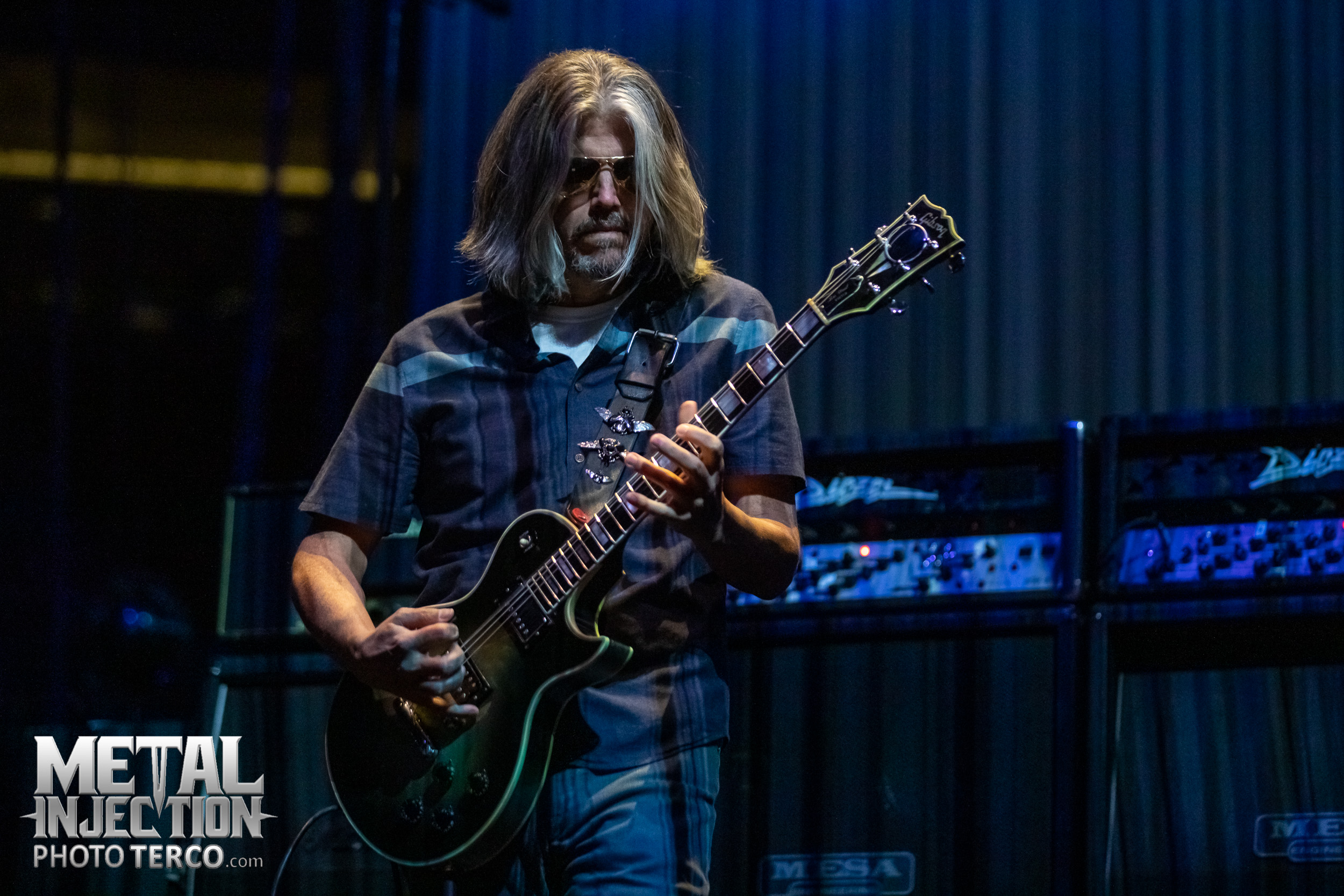 Tool has a fairly strict "no phones" policy at their shows. The policy has been met with criticism over the years, and obviously hasn't been bullet proof given fan-filmed footage surfacing here and there. But still – Tool isn't a fan of people having their phones out during their shows.

In an interview with Metal Hammer, Tool guitarist Adam Jones explained why the policy exists. Jones said it partially stems from people having no clue what they're doing and turning their flashlight on, and partially because everyone having their phone out takes something away from the special nature of a live show.

"Yeah, I mean, for us, we've actually seen it changing and more and more big acts are asking their fans respectfully to enjoy the show, rather than looking at their camera the whole time. I think one of the problems is you get a lot of lights because people don't know how to use their cameras correctly, which makes it very blinding onstage. It's just…it's that connection. You lose something without that connection, and you just want people to be in their own world rather than getting the whole show on their phone and then never looking at it again."

Jones later added that standing behind someone with their phone out the whole time is a huge pain in the ass, and usually distracts from watching the actual show.

Tool is currently out on the road with Brass Against in Europe, where they've also enacted a very strict "no pee zone" policy. As for the future of Tool, drummer Danny Carey said in a recent interview that the band has some leftover ideas from the Fear Incoulum sessions that they're going to start working on. Carey also mentioned that the band is working on a live DVD comprised of shows mostly from Tool's Lateralus shows in 2002, and calls the release "a good mind blower for all the hardcore fans."