Dead Cross is out now digitally and will be out on 10" vinyl on June 29. The band has also released a music video for the song "My Perfect Prisoner" via Louder Sound this morning to coincide with the release of the EP. Dead Cross was recorded with Ross Robinson (Korn, Slipknot) at Dave Grohl's Studio 606 in Northridge, CA.

If you've been living under a rock for the past year or so, Dead Cross is ex-Slayer & Suicidal Tendencies's Dave Lombardo on drums, Faith No More vocalist Mike Patton, Retox guitarist Mike Crain, and The Locust bassist Justin Pearson. 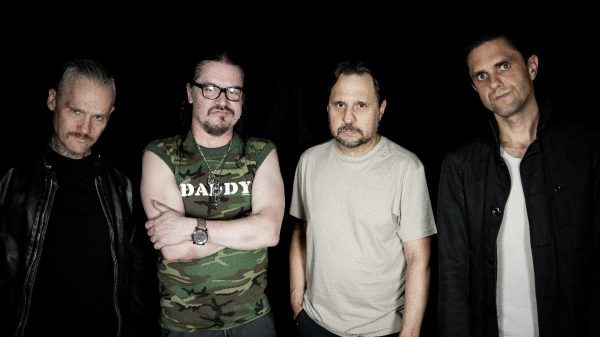