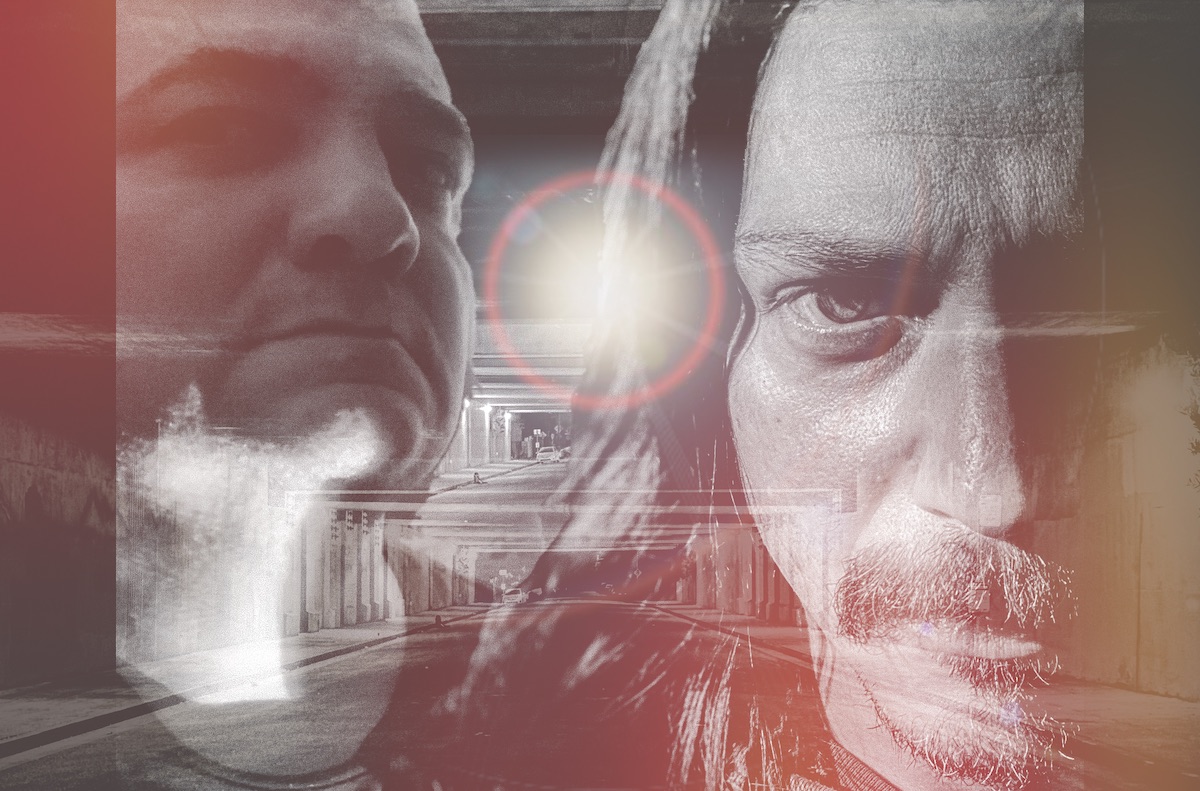 Red Rot is the new band featuring former Ephel Duath members Davide Tiso and Luciano George Lorusso alongside Dawn of Ouroboros bassist Ian Baker and Botanist drummer Ron Bertrand. The band is now streaming their new single "Near Disaster" off their coming record Mal de vivre due out August 26. "Near Disaster" is a perfect blend of crushing sludge, operatically strange clean vocals, and just enough death metal for that perfect crunch. It rules.

"'Near Disaster' is a song that shows the more progressive side of Red Rot. This is a band rooted in Death Metal, born to express urgency and intensity, doing a complete 180 from what our previous experimental band Ephel Duath was about. 'Near Disaster' has a more involved approach of most songs in our debut Mal de Vivre featuring oblique thrash riffing ala Voivod, and a progressive metal kind of vibe.

"Arranging this song I realized that the last time I wrote a 100% thrash metal riff was ‘96/‘97. For most of my career that guitar playing style was something I didn’t deal at all because it never fit the bands I was in. Red Rot gave me the chance to look back to this old influence of mine and it was such an excitement to get back at it. It was like relearning a language I forgot.

"'Near Disaster' combines clean and scream singing and represents the third main influence in the band’s debut: old school thrash metal, that together with early ‘90 Death Metal and Death Doom (think about early Katatonia/Paradise Lost), create our main sound.

"The whole lyrical concept of Red Rot is mental illness, paranoia and mind distortions. 'Near Disaster' deals with sixth sense for negative outcomes. Catastrophizing is a cognitive distortion, a habit of negative exaggeration, the idea of finding some kind of comfort always assuming/predicting the worse case scenario."

In this article: Red Rot