Iron Reagan released a split with Gatecreeper earlier this year, but they're not quite done with giving fans new material. Iron Reagan has now announced a new EP called Dark Days Ahead for October 12 and you can stream their new song "Patronizer" via Revolver below. Vocalist Tony Foresta says the songs for Dark Days Ahead were written for their 2017 album Crossover Ministry but didn't fit the album's sound.

"A lot of these tracks were written during the recording sessions for Crossover Ministry but didn’t fit with that album. We’ve been friends with the Trapped Under Ice guys for years and are stoked to get these tracks out on their label."

Check out the song below and catch the band at a few dates in September with Suicidal Tendencies, Sick Of It All and Against Me. 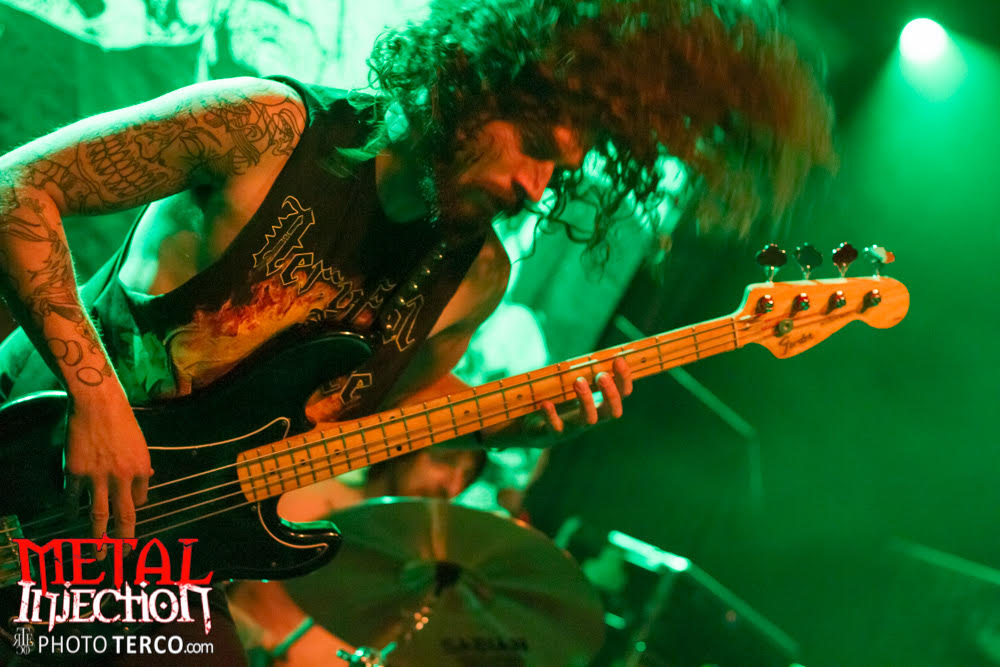