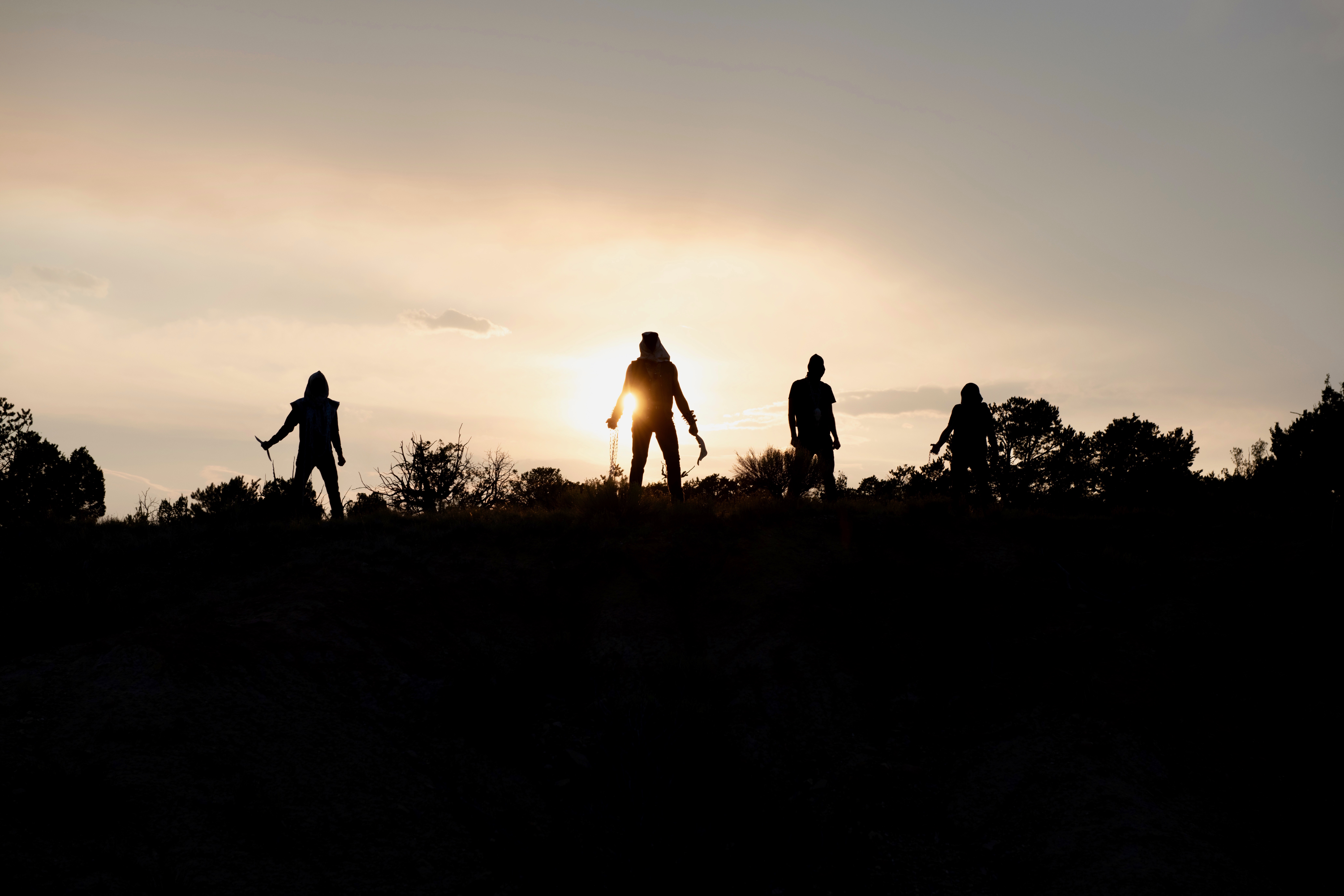 If you woke up and thought it is a damn fine day to be eaten alive, Heretical Sect welcomes you.

If you had not heard already, Heretical Sect are ready to open their mouths and exhale the void on all us unwitting mortals. Their debut full-length Rapturous Flesh Consumed is steadily upon us and the band would like to watch our minds unravel one thread at a time. Here, the band offers us the second track on their upcoming record: “Baptismal Rot and Ash.”

A ten-and-a-half-minute journey through the throat of the beast, Heretical Sect open the track with a raspy scream and a doomy dirge. It takes its time getting going, lumbering and lurking with its guitars and drums. The vocals pop in like demons from a horror movie, almost sounding like they’re mocking the listener.

When the track does finally pick up it moves straight into some raw blackened death/doom. The energy pumps up but eventually subsides, though the mood is noticeably elevated. Once more, after the slow down, the band breaks into a more black metal vibe and viciousness takes over. It is like the track awakens and an unfathomable horror looms over this section. The track itself is like its own horror movie up to this point.

Around six-minutes in and the song falls back into doom. And it is here we will float for the rest of the track. Though the fury is far from over. It slowly fades out but still feels like it stays hungry until its final moments.

A quote from the band on “Baptismal Rot and Ash”:

Baptismal Rot and Ash is a hymn to the crushing weight of religious oppression and the suffering and sickness it has induced.  This song is a journey through the abyss of cosmological collapse as one belief system is replaced by another. The dizzying displacement of internal and external powers struggling for dominance within the mind. There was nothing benevolent about religious colonization. It inflicted sadistic suffering and heartache, creating an antagonizing mental prison of existence itself. Within this bleak internal landscape, we light the fires of resistance and call out for war against all heavens and all hells. This, our longest song, contains all the elements of Heretical Sect thus far – Death Black Doom.

In this article: heretical sect