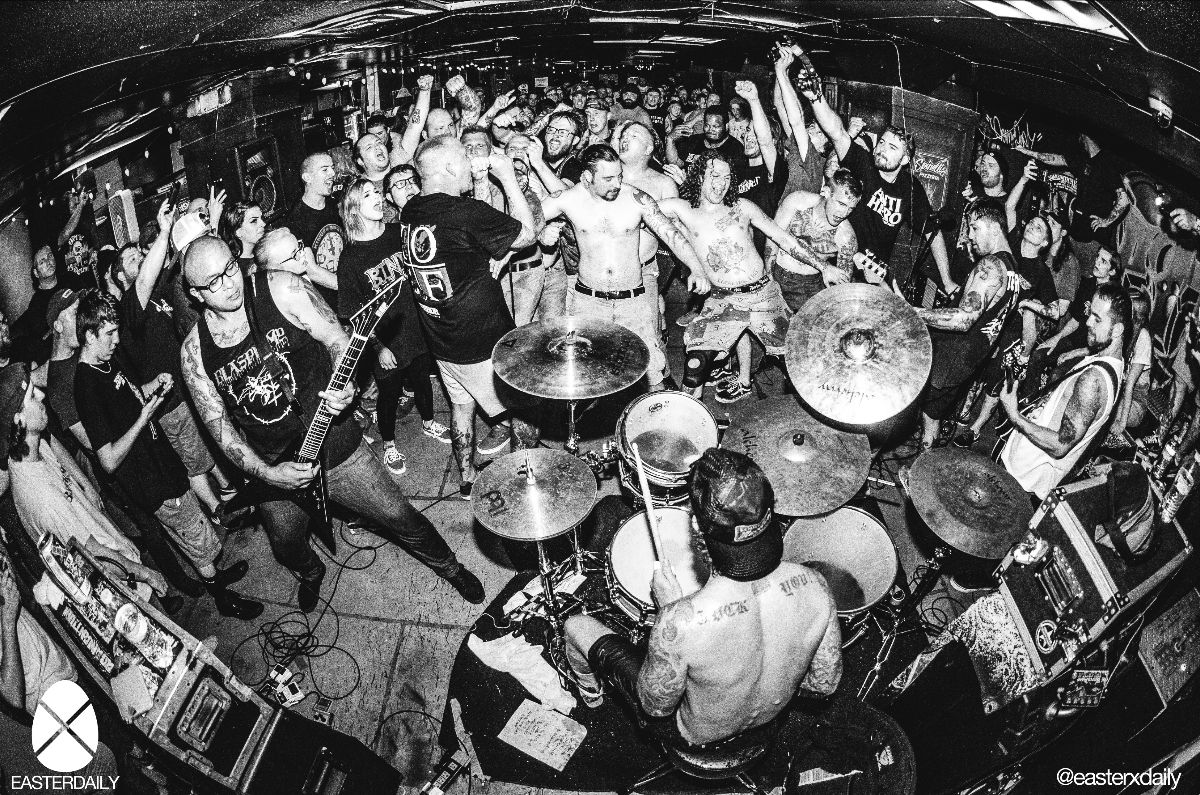 Terror is now streaming their new single "Can't Help But Hate" featuring the seemingly ever-present vocals of Cannibal Corpse frontman George "Corpsegrinder" Fisher. The single comes from the new Terror record Pain Into Power, due out May 6, while the record itself finds the band reuniting with guitarist Todd Jones (Nails) for the first time since his departure in 2004.

"Todd is super intense and focused and analyzes all angles of songs and band situations," said vocalist Scott Vogel. "Sometimes I think he might know more about Terror than I do! Watching him create songs is inspiring because he was so invested in this album. And that was what we needed because Terror has done this so many times.

This song is a fusion of Jordan and Todd Jones' riffs. Pushed forward by possibly the fastest drumming Terror has ever had. Lyrics that everyone can easily relate to while living in a world crashing deeper into insanity day after day. And of course the addition of Corpsegrinder's vocals makes this minute and twenty six second track super unique for Terror's eighth LP."

In this article: corpsegrinder, terror