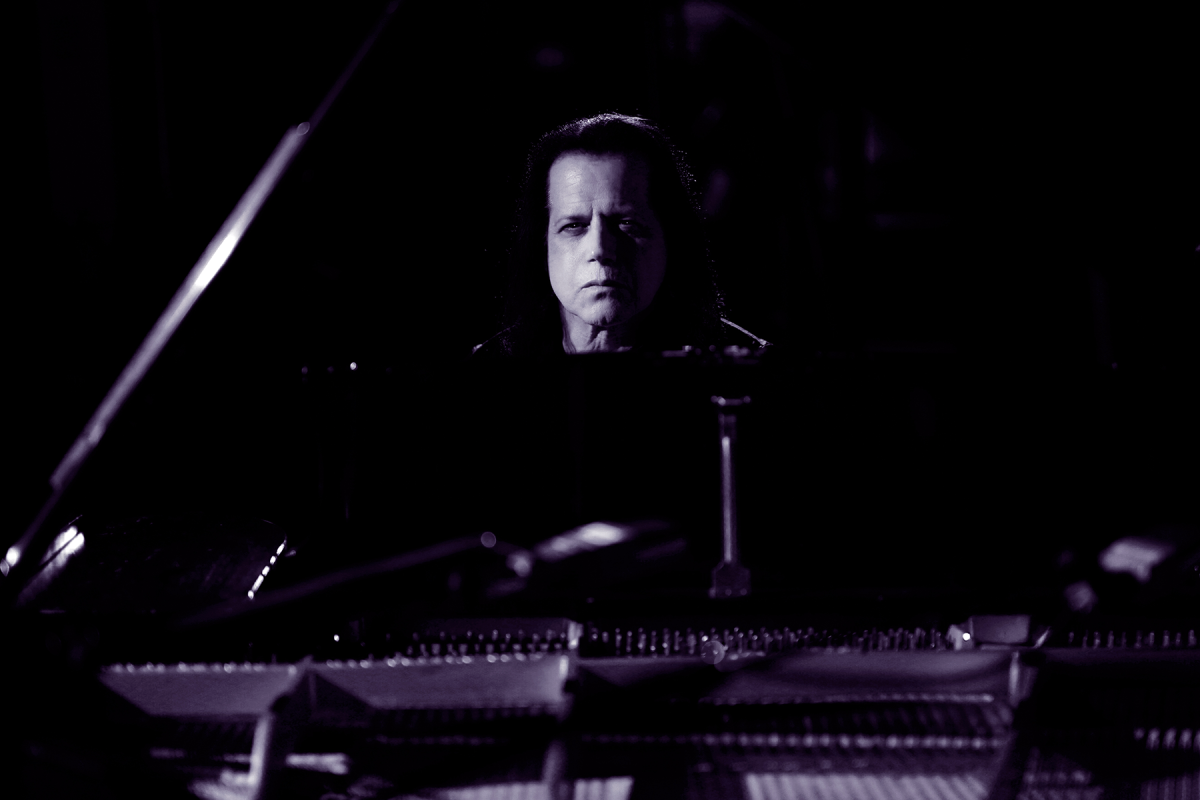 We finally are hearing the first song from the long-awaited Danzig covers Elvis album, and guess what – it sounds exactly like you would imagine Danzig covering Elvis would.

Danzig, of course, is a huge Elvis fan and has even been called "Evil Elvis" in the past, so it's not a stretch to see this come to fruition. Danzig Sings Elvis album officially comes out April 24, and here is the first single, "One Night."

Danzig spoke to Rolling Stone and they asked Danzig about his love for the King, and what he has planned for the now-delayed Danzig sings Elvis live shows.

When and how did you become an Elvis fan?
Obviously, when I was younger, everybody knew who Elvis was. I got into Elvis because I hated going to school, so I would play hooky a lot or cut school, and I’d stay home and watch old movies. I remember one day watching Jailhouse Rock. And just going, “Whoa.” By the end of the movie, I was like, “This guy’s cool. This is what I want to do.” [Laughs.]

And [my career] happened a lot like [Elvis’ character in Jailhouse Rock], too, because nobody would put out Misfits records, so I would take them everywhere, and people would tell me it was junk and noise. So I had to put it out myself. And then of course, along the way, people hear your stuff and then they rip it off. They tell you they’re not interested in your stuff, and then they rip off what you’re doing. It’s a typical story. I’m sure it’s happened to a million other people. So that was it for me.

Was Elvis a key inspiration to you as a vocalist?
Yeah, of course. I don’t have that screechy, high metal voice, so I gravitated more to that kind of vocal style, like bluesier stuff. I’ve been pretty vocal about my influences, like Elvis or Howlin’ Wolf, Muddy Waters, Willie Dixon, things like that. Yeah, the deeper voice always worked for me better.

What do you have planned for the Elvis-themed shows you have coming up?

I want it to be kind of an old-school, Vegas-y vibe that’s all seated with 400 or 500 seats. Right now we’re just gonna do San Francisco and L.A. We’ll have tables right up onstage. No pit. None of that crazy shit. Come relax. If you want to have a drink, great. If not, come watch me and the guys do some Elvis stuff — it will be all Elvis stuff.

Do you think you’ll do more?

We’ll see. I have a pretty heavy schedule right now with the new film and the old film. And I’m going back out with Danzig this year to do some live shows in Europe and the States. We’re headlining Psycho Fest in Vegas when I get back from Europe. We’ll be doing the Lucifuge album in Vegas.