There is a certain bombast to black metal, a certain je ne sais quoi that makes the genre endlessly addictive and which captures the imagination. There are burning riffs and potent synths, and yet despite the inherent drama of the band nothing about Saille's crushing power is diminished in the potency of the image.

You find yourself fully engrossed with what they have done on this latest offering, the appropriately titled Gnosis. It's easy to delve deep into the burning power of these tracks and become enamored with riffs that rage forth and yet remain finely honed, fitting in perfectly with the ethos behind the songwriting. Saille avoid many of the common pitfalls of their genre for what winds up being some of the purest black metal absolution that I have heard in a good long while.

We are extremely excited that we’re finally able to present our new album to the world. Months of hard work, resulting in copious amounts of blood, sweat and tears, but here it finally is: Gnosis, a conceptual album about mankind’s search for Godly knowledge and which dangers we may encounter during that quest. We venture into the realm of the Promethean ideal and its Luciferian counterpart, listen to a monologue performed by Frankenstein’s creature and reach out for the Wickedest Man in the World. Based on works on mythology, apocryphal writings and even H.P. Lovecraft’s “The Dream-Quest of Unknown Kadath”, we’ve tried to push our boundaries, and not only lyrically. The music is harder, more dissonant and less easy-listening compared to the previous albums. No guarantees you’ll like it, but the better if you do. The album will be out on March 13th, but is already available for preorder in our web shop.

In this article: Saille 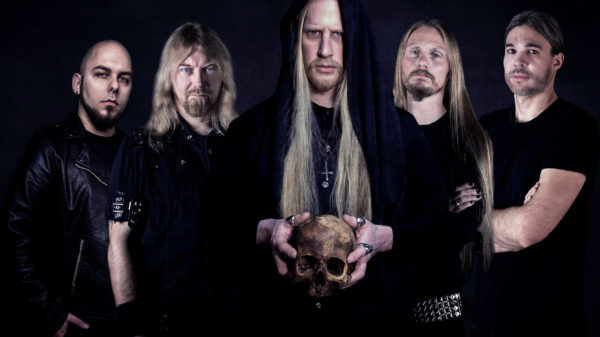 Melody-driven blackened death metal outfit, Saille, is back with their 5th album, V, and it is another hallmark in the band's career. With a...