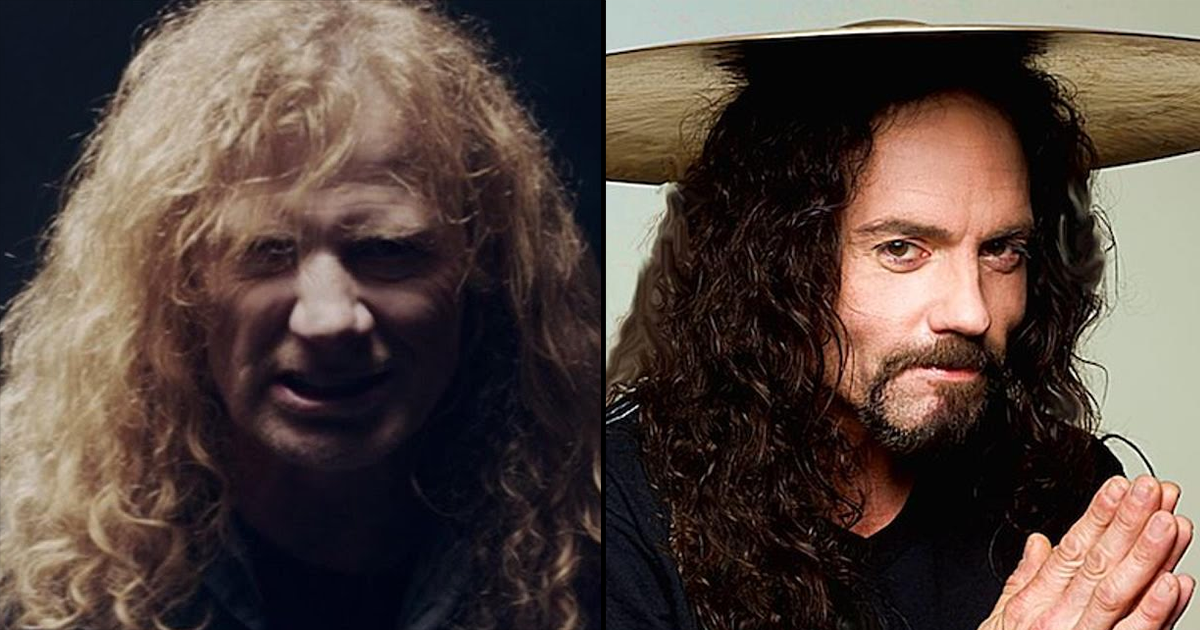 Dave Mustaine has been doing a lot of press to promote the new book about Megadeth's Rust In Peace, titled Rust In Peace: The Inside Story of the Megadeth Masterpiece. Dave is prominently interviewed in the book, as is David Ellefson and there are previous quotes from Marty Friedman and Nick Menza. After comments in a recent interview about how Mustaine was hurt by some things Nick Menza said before his death, Menza's manager had to make a statement and Menza's manager did not hold back.

Menza's manager shared an article linking to Mustaine's interview with Loudwire promoting the Rust book. At the time, Mustaine said "The chemistry of Nick and Marty, don't get me wrong — that was amazing. And my heart aches when I think about that. And, in fact, that's why I wrote at the back of the book 'In Loving Memory' and not 'In Memory Of'.

"Nick said some shitty things about me at the end, especially to you guys and to Blabbermouth, where he would just wail on me," Dave continued. "And I would think, 'Nick, why are you doing this? I never did anything to you. I'm always fighting for you.

"When I would read the stuff that he would [say about me], I would just be so hurt. 'Cause when we went to do the reunion, you see Ellefson tell the story, I wasn't the one that said Nick wasn't ready — Dave said that. I was really bummed about that; I wanted things to work out with Nick. And then in fact, I even said, 'You know what? If it's not gonna work with him playing in the studio, let's have somebody else go into the studio and play, and then we can have Nick play live.' I was bending over backwards to get a place for Nick. And then he said he wanted this exorbitant amount of cash to work for us and to be able to sell all kinds of merchandise that he had."

Now that you're caught up on what Dave said, Menza's manager wrote "I'm going to keep this short, brief and to the point without tea bagging anyone in the processes, just how Nick would have wanted it! Some of the content that's published in that book and in the press about Nick is fabricated bullshit to try and sell copies, nothing more, nothing less!

"The Menza family wasn't even aware of any book being in the works, asked to comment or even offered a copy, i wonder why. Dave and Junior were NOT good friends of Nick no matter what they say now that Nick’s not here to answer what’s being said about him. Dave wasn't very nice to Nick towards the end before his passing…

"This act of betrayal is a huge blow to Nick, his family, friends and fans. I have all the documented proof, from e-mails to text messages that was never published in Nick's book out of respect for the integrity and legacy of the band. The truth will be displayed in a two segments of the official Nick Menza documentary that's in the works."

Blabbermouth points out Menza's original comments on the reunion came on "The Sick Room" podcast in 2015. Menza spoke about why his return to Megadeth failed to materialize. He said: "I went out there [to Dave Mustaine's studio] and jammed with [Mustaine and Ellefson]. We played for, like, a weekend — like, three days — and on the third day, we were working on new songs. And everything was cool. They were telling me, 'You're back in the band. We'll do a press release.' And I'm, like, 'I don't wanna say anything until I have an agreement, a contract in writing of what's gonna happen.'"

"And then they send me this ridiculous proposal stating that, 'You're not gonna paid anything until the touring starts.' So, basically, I was gonna work for nothing, doing the record. Which I was still kind of ready to bend in that direction anyway. But I'm, like, 'You know what?! I'm not gonna break or sell myself short with something that's gonna be huge. They've gotta realize the longevity of it.' And then they were kind of coming back at me the same way. So the whole thing was silly. I didn't even get a chance to negotiate with them about anything. They just put it off and said, 'That's it.' And I couldn't get hold of anybody."

What's clear is there are still some sour feelings with both parties, all these years later.