Three New GHOST Action Figures Are On The Way From Super7 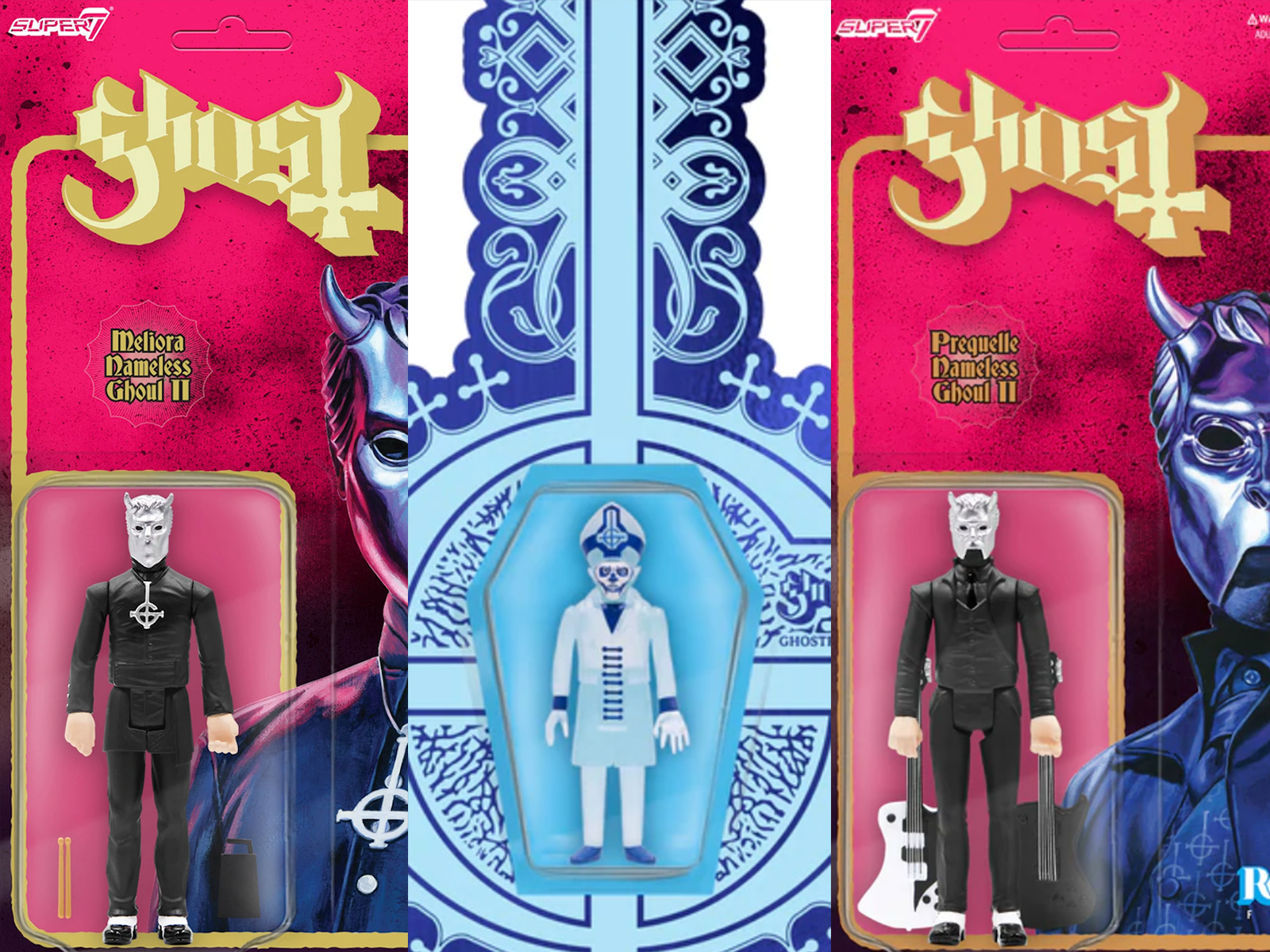 Back in February, we told you that Ghost's Infestissumam-era vocalist Papa Emeritus II was getting his own Super7 deluxe action figure. The following month, Super7 doubled down by releasing Papa Nihil and the Prequelle-era Nameless Ghouls action figures of their own.

Well, call it a hat-trick, because there are more action figures of the Swedish metal sensations on the way. The latest edition will be a "Ghostferatu" inspired by the cover of the band's 2013 EP, If You Have Ghost, plus another set of Nameless Ghouls from the band's Meliora and Prequelle album cycles. To purchase/pre-order, you can visit Super7 here.

The job Super7 is doing with these action figures really needs to be applauded. Aside from the exclusive licensing arrangement with Ghost, earlier this year, they released limited edition figures of late Exodus vocalist Paul Baloff and late Metallica bassist Cliff Burton.

Ghost will return to the road late this summer with Mastodon and Spiritbox in support. Kicking things off in San Diego, the tour makes stops in most major cities, including Austin, Texas; Providence, Rhode Island; and the newly-constructed, majestic UBS Arena in Belmont Park, New York. All dates can be found below, as well as some collected images of the Super7 action figures mentioned above.