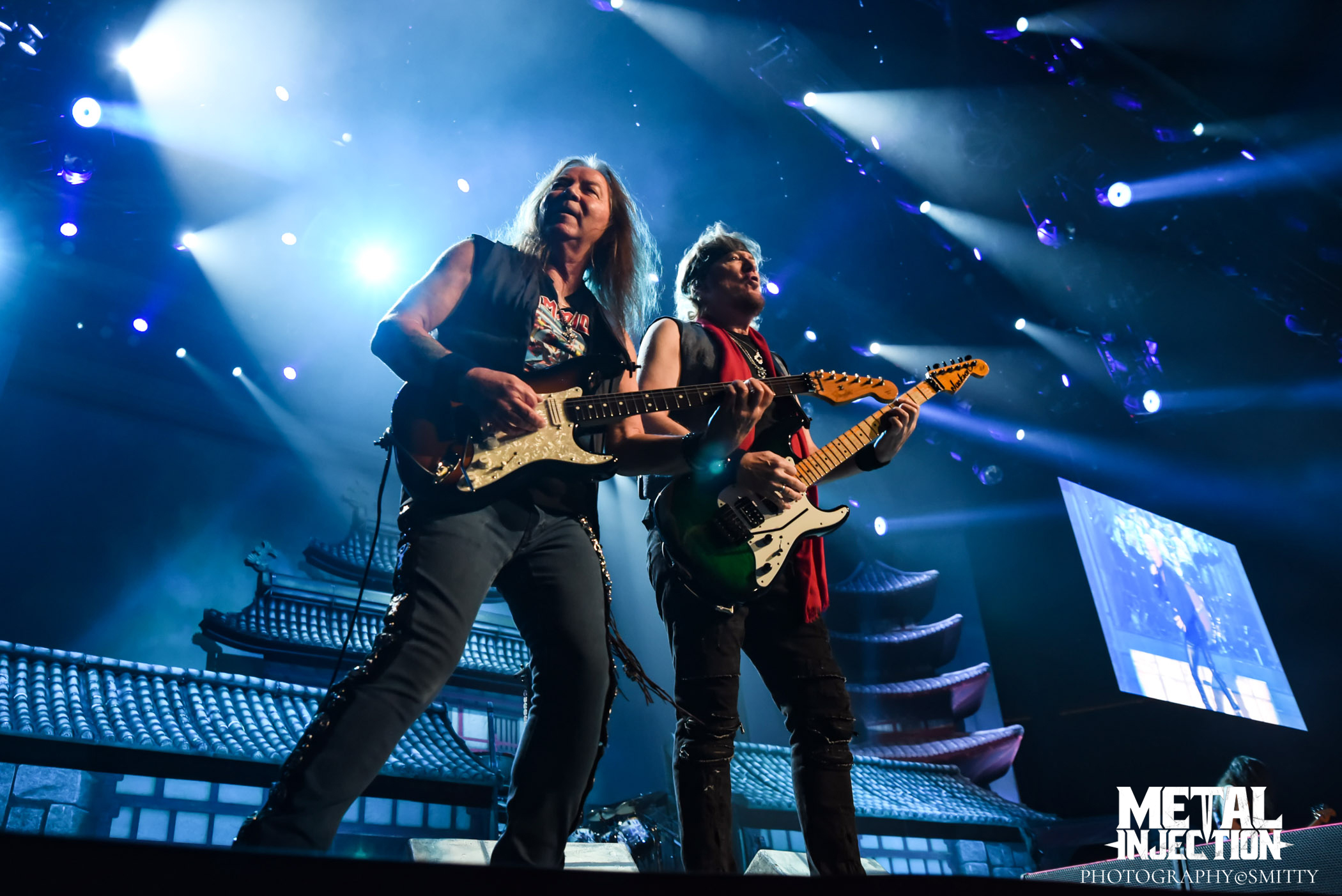 You can now purchase jewelry made from guitar strings stripped right from the necks of Iron Maiden's guitarists' axes!

That's right—you can choose from a wide range of bracelets, necklaces and rings made from strings played by Steve Harris, Dave Murray, Adrian Smith and Janick Gers while on tour. And if that wasn't wild enough, the collection's crown jewel is a Sterling 925 Silver ring made with strings played during Maiden's successful Legacy Of The Beast world tour.

There are ten pieces in all and they can be purchased by clicking here. To launch the new line, Maiden teamed up with not-for-profit UK jewellers The Guitarwrist, meanwhile 100 percent of the profits will go to the Heavy Metal Truants charity, a cycling club set up by Maiden's manager Rod Smallwood and former Metal Hammer editor-in-chief Alex Milas.

The Guitawrist will have more supplies coming in soon, as Maiden will be back on the road this June. The band placed just outside of Billboard's Top 25 highest grossing tours of 2022, and will hit the road for their Future Past Tour in June and July 2023. The tour will focus on the band's most recent album Senjutsu, as well as their 1986 record Somewhere In Time.