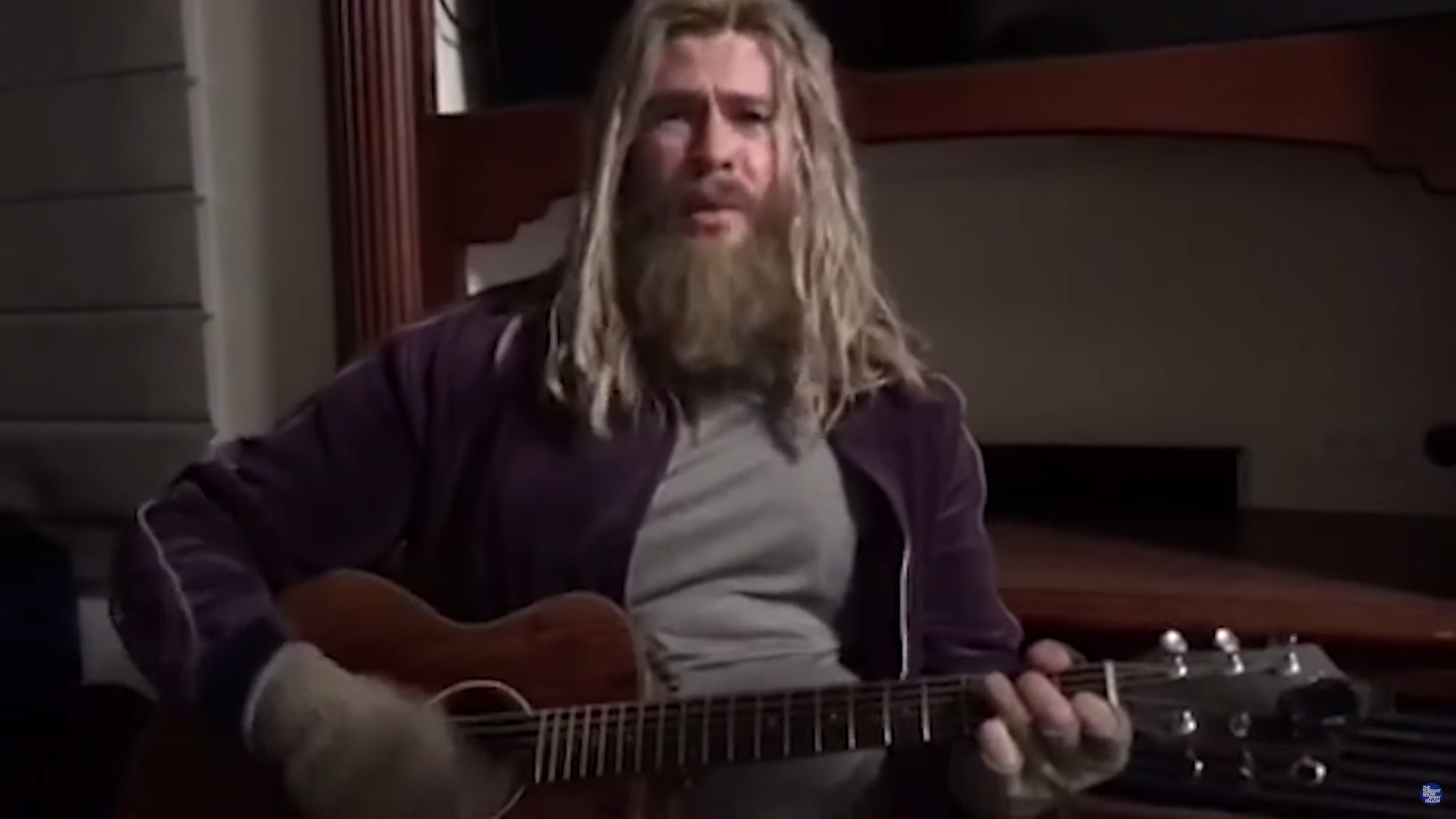 One of, if not THE highlight of the final Avengers movie is the revelation of thicc Thor. Without too many spoilers, the God of Thunder was pretty depressed based on the happenings of previous movies, and put on a bit of weight. The Avengers try to remind Thor of his God status and he does eventually snap out of his funk. What I loved most about the movie though, was that Thor remained thicc throughout – something that actor Chris Hemsworth insisted on. All caught up? Good!

Well, now Hemsworth released a clip of himself in full thicc Thor costume, killing time on set by playing a cover of Nine Inch Nails' "Hurt."

Not sure why everyone’s so worried about Thor, he’s fine guys… pic.twitter.com/GTbprK1l0c

Interestingly, many press outlets are running the story by saying Thor covered Johnny Cash's "Hurt" although Trent Reznor has long said that once he heard Cash's version, he felt ownership of the song belonged to Cash.