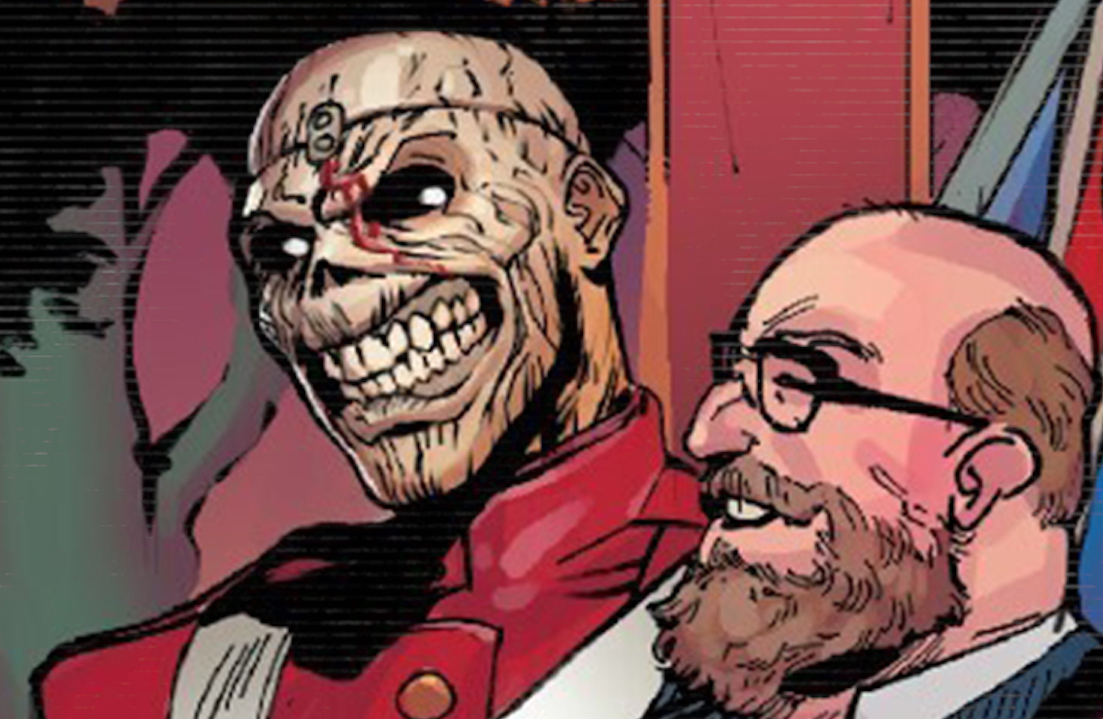 Marvel published the first issue of X-Men: Hellfire Gala on July 1, and you might have noticed some familiar faces. Among the many characters featured in the comic were an animated version of metalhead comedian Brian Posehn, as well as Iron Maiden's classic Eddie mascot. Both Posehn and Iron Maiden have made mention of the appearances on their Twitter account, because how cool is that?

"Um, this is crazy," said Posehn. "My huge ass just chillin’ with 'Trooper' Eddie at a Hellfire Gala. Iron Maiden and Marvel had a crazy impact on my life. And now this panel exists. Thanks to all involved and Gerry Duggan"

X-Men: Hellfire Gala was written by Duggan, given a cover by Duggan and Carlos Gomez, and features pencilers Matteo Lolli, Russell Dauterman, Kris Anka, and C.F. Villa. The follow is a synopsis of the issue courtesy of Marvel: "NEW TEAM REVEALED! At last year's gala, mutants changed the face of the solar system, terraforming Mars and claiming it for mutantkind. Do you think you can afford to miss this year's gala, all contained in this one over-sized issue!?"