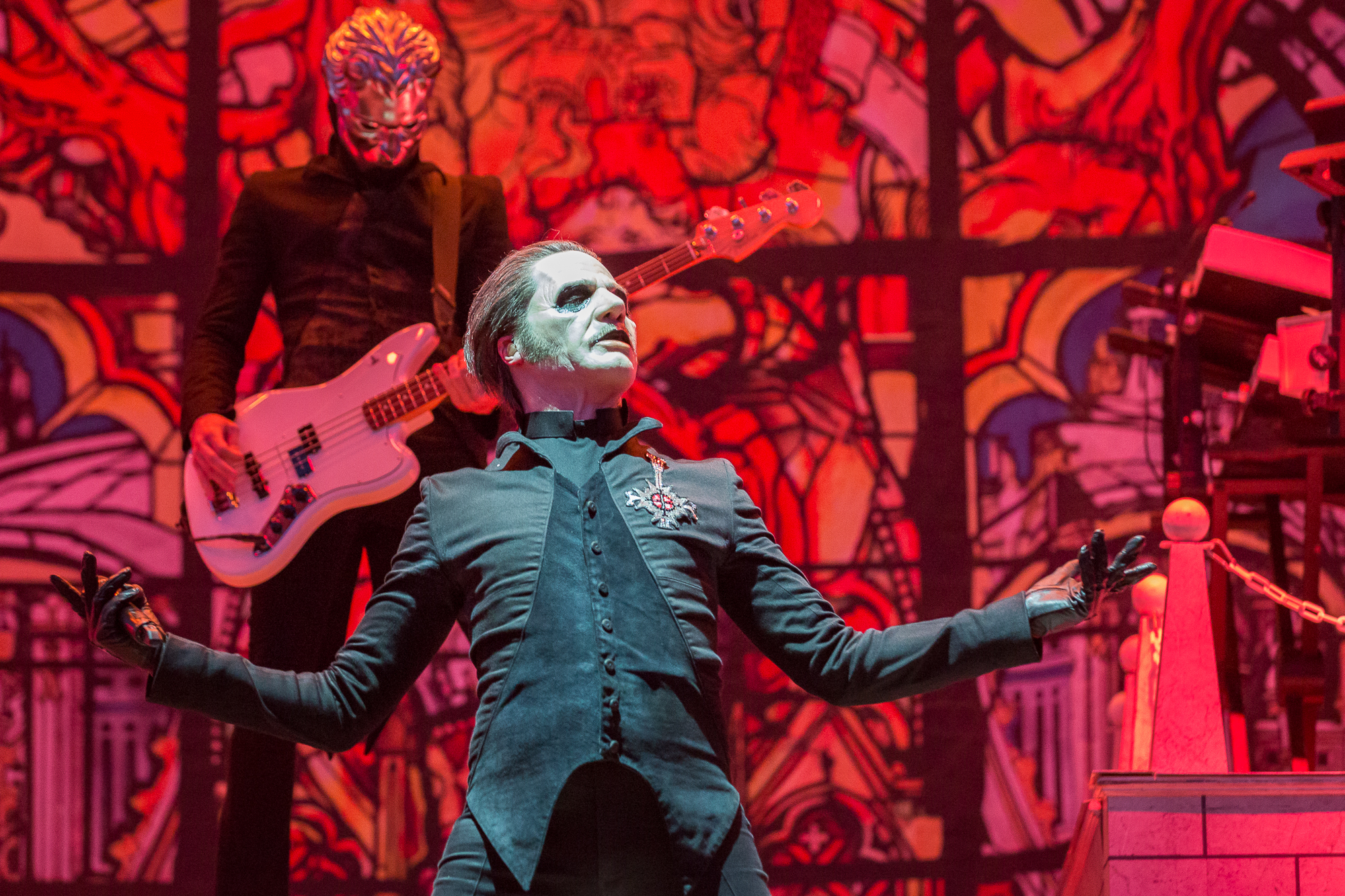 Ghost will begin their North American tour with Volbeat on January 25 in Reno, NV. Though before they kick things off, they'll be playing Jimmy Kimmel Live! this Thursday, January 20 on an episode featuring Jason Bateman and Ashley Park. And who knows, maybe this will be the start of the new album cycle?

All we know so far is that the new album is based off the book The Rule Of Empires: Those Who Built Them, Those Who Endured Them, And Why They Always Fall by Timothy H. Parsons, and deals with the rise and fall of empires.

"The album that I have been working on, I came up with that concept years ago," said Ghost mastermind Tobias Forge in a recent interview. "We played in Seattle in 2013, 2014 — something like that — we played at Showbox At The Market. I remember that day I came up with the idea for this record, this upcoming record. Because I got a book called The Rule Of Empires. So, basically, I wanted to make a record about the rise and ultimately the unescapable fails and falls of empires. And an idea like that can take — at least me — quite far.

"So once you get that idea of, like, 'Oh, now I know what the pile is gonna look like. I know now what not to put in there.' And it was the same thing with Prequelle; it was gonna be about the great death, a medieval, primordial threat of annihilation which was, I guess I wouldn't say carnal but maybe a tiny tad more spiritual and philosophical death, with the ever presence of actual termination, whereas this record about the empires was gonna be a little bit more practical, I guess; a little bit more, I don't wanna say political. So it wasn't really hard to be inspired by the last couple of years."

Ghost spent the majority of 2021 working on the new album, and recently released a new single "Hunter's Moon" from the Halloween Kills soundtrack. Catch Ghost at one of the dates below.

Also, he says the market is saturated right now with too many bands on tour, and bands are hurting.