SLIPKNOT Show Bonfire Being Investigated By The Phoenix Fire Department 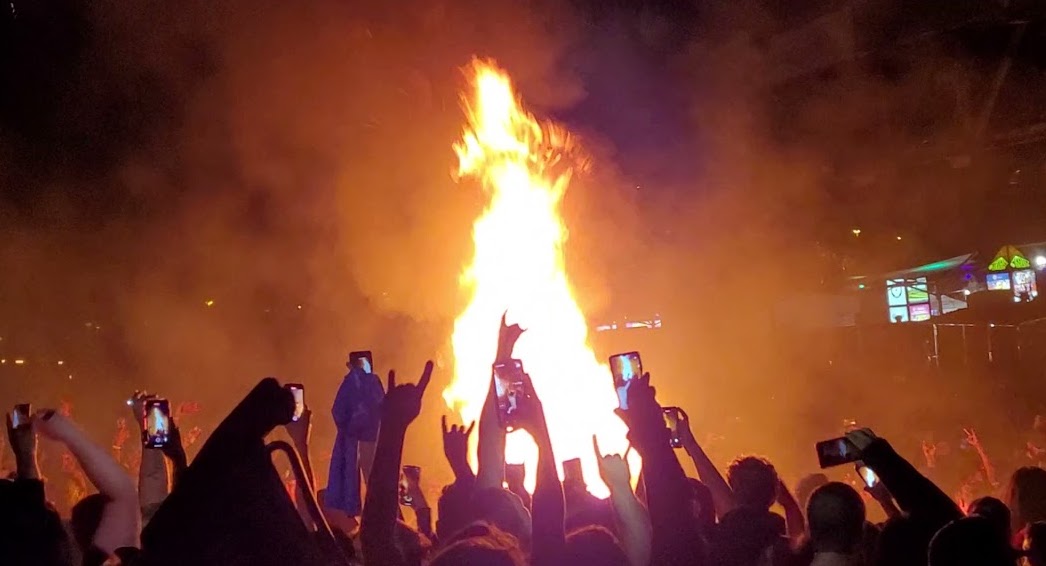 Slipknot's show at the Ak-Chin Pavilion in Phoenix, AZ on November 2 was halted for nearly 30 minutes due to a bonfire set in the audience. The fire only got worse when fans began throwing lawn chairs into it, and Slipknot ultimately had to cut both "Duality" and "Spit it Out" from their set. Nobody was hurt and the fire was extinguished by Engine Company 40.

Now the Phoenix Fire Department is investigating the cause of the fire, according to a spokesperson in an interview with AZ Central.

"The fire was thoroughly extinguished without any extension to the major structure and no injuries were reported at the incident. The exact cause of the fire is currently under investigation and no persons were displaced at this incident."

Check out footage of the fire below.