Michigan Militia Member Who Plotted To Kidnap Governor Is A Metalhead 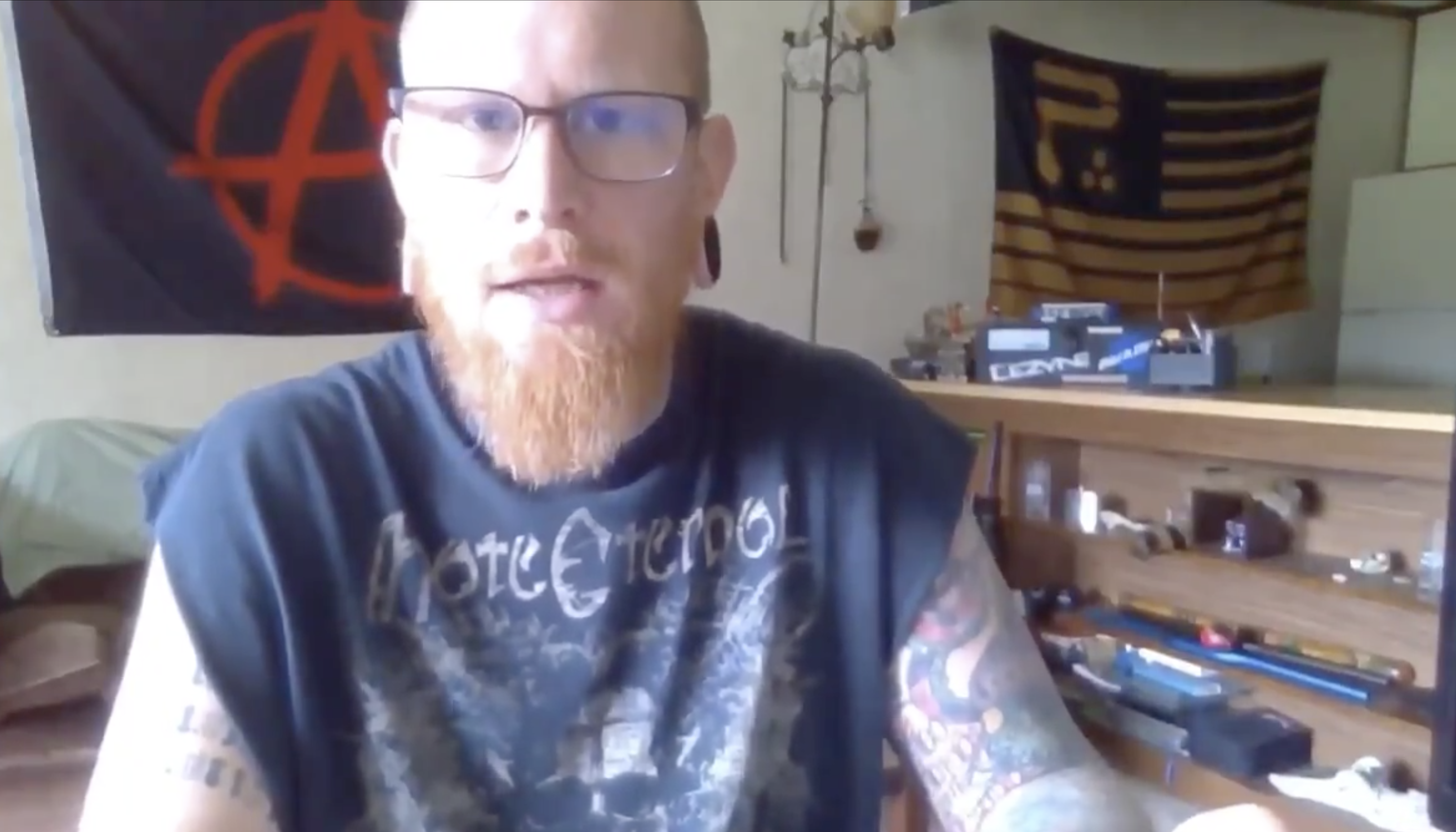 Earlier today, the FBI stopped what they described as a plot by a militia that goes by the name "Wolverine Watchmen" to kidnap Michigan governor Gretchen Whitmer and attempt to violently overthrow the government. The militia was angry about the governor's COVID-19 policies and thought she was a "tyrant." As the names of the militia members were revealed one of the members is a metalhead, and recorded videos where his metal memorabilia was on proud display.

The Detroit News reports that the conspirators "twice conducted surveillance at Whitmer's personal vacation home in northern Michigan and discussed kidnapping her to a 'secure location' in Wisconsin."

According to an affidavit, the group had been "discussing the violent overthrow of certain government and law-enforcement components” since at least early 2020, asserting that they believed state governments were violating the Constitution." They will stand trial for treason. The FBI was able to catch them after obtaining an informant on the inside of the operation.

One of the members, Brandon Caserta, was singled out for having an anarchist flag in the background of one of his video rants. But it wasn't the anarchist background that caught our attention. It was the Hate Eternal shirt, and the Periphery flag in the far background.

We are choosing not to embed the video, but you can see a screengrab from it at the top of the post.

While right wing commentators try to distance themselves from his actions, it should be noted that plenty of other videos from Brandon show him in Hawaiian shirts, which are a trademark of the antigovernment Boogaloo movement.

A quick search finds what looks like an old Twitter account, which shows Brandon was a fan of Nails, and followed acts like Guns N Roses and Animals As Leaders, in addition to members of Periphery.

I am positive none of these bands share Brandon's views, and this guy is nothing but a black eye for heavy metal, that further unfairly stereotypes the type of people who listen to the music we love.

Brandon and his accomplices are currently facing life in prison.

[Thanks for the tip, Jordan Uhl]