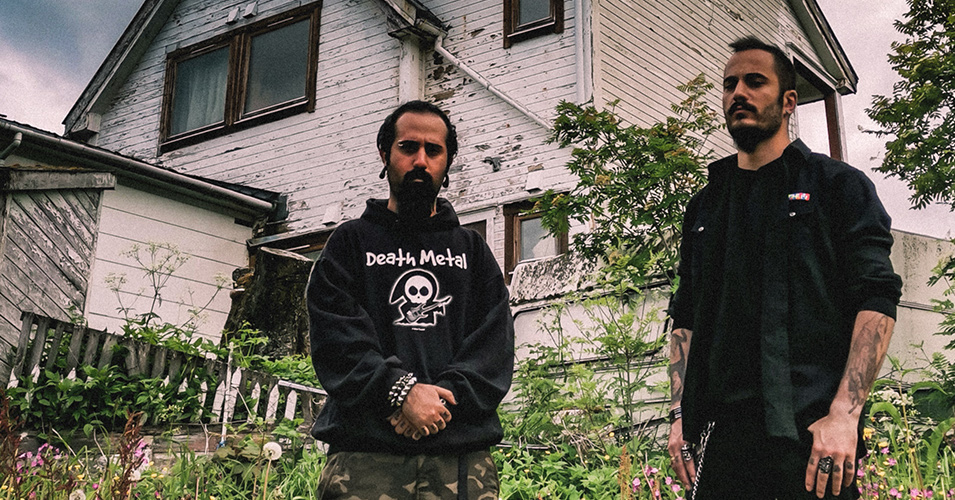 We've been covering the story of the arrest of Iranian metal band Confess since 2015. The Iranian metal duo, Nikan "Siyanor" Khosravi and Arash "Chemical" Ilkhani, were arrested in November of 2015 by the Army of the Guardians of the Islamic Revolution. They were charged with blasphemy, advertising against the system, running an illegal and underground band and record label promoting music considered to be Satanic, writing anti-religious lyrics and granting interviews to forbidden foreign radio stations.

Metal Injection spoke to one of the members of the band, Nikan "Siyanor" Khosravi in 2017 and he told us they were able to make bail, paying $30,000 USD each. The duo eventually fled Iran and ended up getting asylum in Norway.

In new comments to Metal Injection, Nikan reveals that the sentence for he and his bandmate has been brought down and it's harsh. Khosravi was sentenced to 12 1/2 years in prison and 74 lashes. Ilkhani was initially sentenced to six years but got it reduced to two. Nikan explains how he was able to get to Norway, after initially sneaking out of the country to Turkey. He was the first to flee the country, and break his silence.

"After releasing new song and breaking my silence in Turkey in 2018, different organizations who support artists who are in danger stepped up. After a few months, I got invited to come and live in Norway as a political refugee with artistic scholarship."

Nikan explains that the writing was on the wall for his bandmate. "After Arash went to appeals court and saw that they are really are going to follow this up since they had changed our confessions from interrogations to something that they wanted, and imitating my signature to confirm them, he asked for my help. So I start to talk with the Norwegian government and some organizations and since he wasn't banned from traveling outside of the country and had his passport he went to Turkey and after a few weeks they helped him too."

Charges had been filed, and Loudwire obtained a full translation of what the charges say.

Regarding the appeal of Mr. Arash Ilkhani and Mr. Nikan Khosravi, each of them have been convicted to 5 years in prison on charges of insulting the sanctity of Islam and one year in prison on charges of propaganda against the regime of the Islamic Republic of Iran, according to the set of contents, news, and received documents displaying the continuation of the activities, the court of appeals has found the allegations well-founded and precise. In the received documents, the court has convicted Mr. Nikan Khosravi to two years of imprisonment for three counts of insulting the Supreme Leader and the president. He has been sentenced to 6 months of imprisonment and 74 lashes for allegedly disturbing public opinion through the production of music containing anti-regime lyrics and insulting content and for participating in interviews with the opposition media. The accusation of attempting to leave the country has also been confirmed by the court. In this regard, Mr. Khosravi has been convicted to 4 years of imprisonment. Regarding Mr. Arash Ilkhani, the appeals court, by reviewing the contents of the case and considering his role in the production of content in the music group named “Confess” and his inactivity in the group during the trial, suspended 4 years from his 6 years of imprisonment and confirmed 2 years of his conviction. 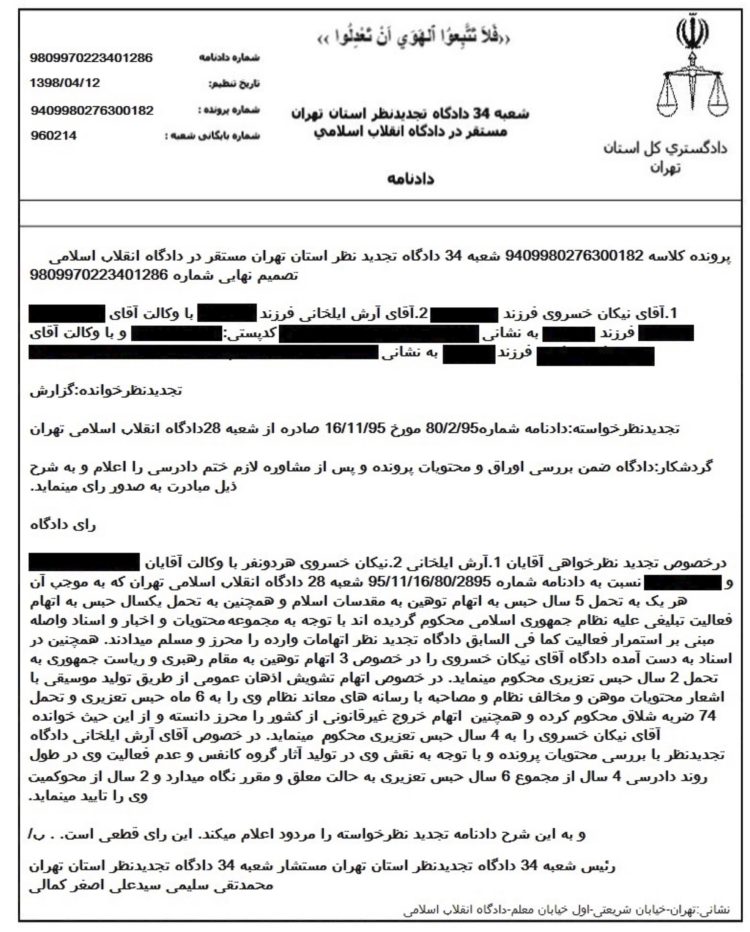 Confess are moving forward with the release of new music. They just released a new single called "Evin," named after the prison where they were held during their initial arrest, one of the harshest in all of Iran. The band wrote the song about nine months ago, before their previously released single "Phoenix Rises" The band will soon be releasing a new album, Revenge at All Costs. "Evin" is one of the newer written songs as Nikan tells us most of the album was written while the band were awaiting their first trial in Tehran, Iran, in 2016/2017. The central theme of the album will be the experience in prison as Nikan tells us it changed him, his life, and the way he thinks of his native country. 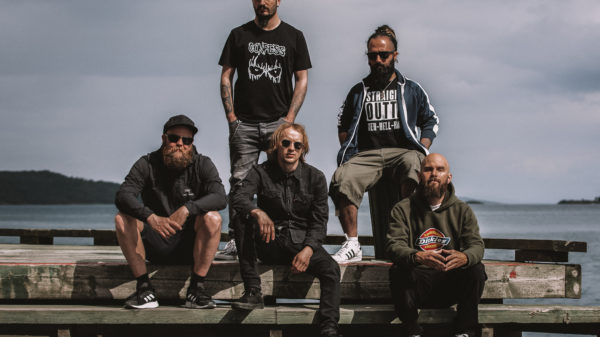 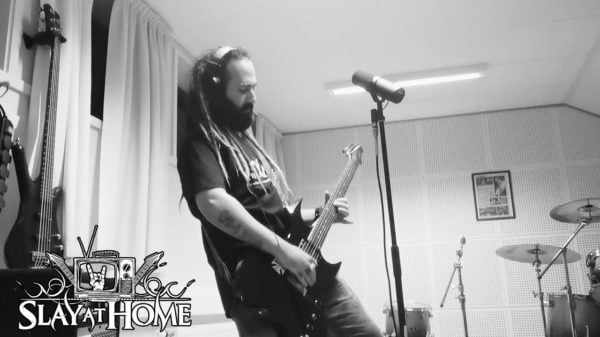 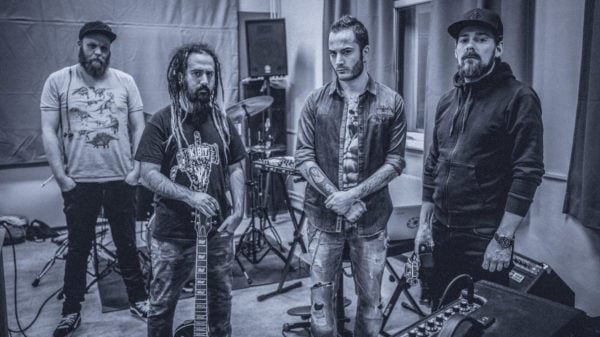