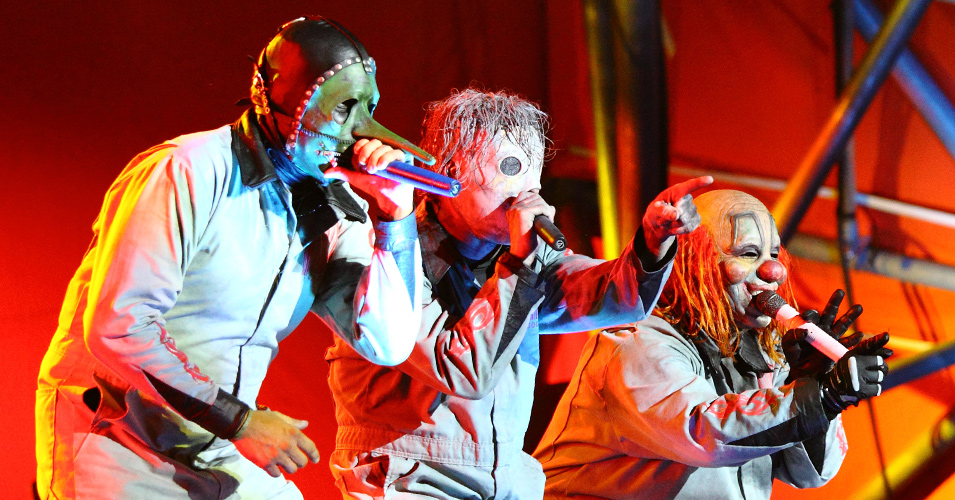 Ex-Slipknot percussionist Chris Fehn's ongoing legal matter with his former band is officially over. The suit has been dropped, but for us fans, we'll never know exactly what happened behind closed doors.

Rock Feed reports that Fehn's attorneys filed a "Notice of Voluntary Discontinuance" with the Supreme Court of the State of New York on Thursday, October 29th, "without prejudice," meaning he will not be filing again on the same claims.

Fehn initially claimed Slipknot and their management was keeping money from him in a motion filed in 2019, setting up corporations that he was not aware of. Fehn had since been dismissed from the band, even though the statement has since been pulled from the band's website. Frontman Corey Taylor has publicly said he and his band are being wrongfully accused. Taylor and Slipknot management have asked for the case to be thrown out.

[Fehn] claims to have always been told that the money from merchandise and touring is funneled through one sole company that splits profits and pays the members of the band. However, Fehn claims he recently discovered that his bandmates have set up several other Slipknot affiliated business entities in different states that appear to be collecting money from the band.

MetalSucks previously had gotten a hold of a document filed on June 18 signed by Justice Melissa Anne Crane, who has been overseeing the matter, saying the case was ordered to be referred to a mediator:

“This case having come before the court on May 15, 2020, and the court having determined that it is appropriate and the parties would benefit from an opportunity to participate in mediation, the parties and counsel are directed to appear for mediation and therefore, it is ORDERED, that the matter is hereby referred to Deborah Edelman, Esq, Special Referee, of New York County Supreme Court (“Mediator”), and it is further ORDERED, that counsel are directed to contact Ms. Edelman either via [email] or [phone] within three business days of the date of this order;”.

It is likely that the issue was settled in the private mediation, leading to the suit being dropped, and all parties moving on with their lives.

The order explicitly stated "mediator or any other person present shall be confidential, and shall not be disclosed in any present or future judicial or administrative proceeding." For a settlement to be reached, both parties have to agree to the terms, which it seems has happened here.

Ultimately, this is the last page in the story of Chris Fehn in Slipknot. The band have since moved on with a new percussionist, who has since been revealed to be Michael Pfaff.