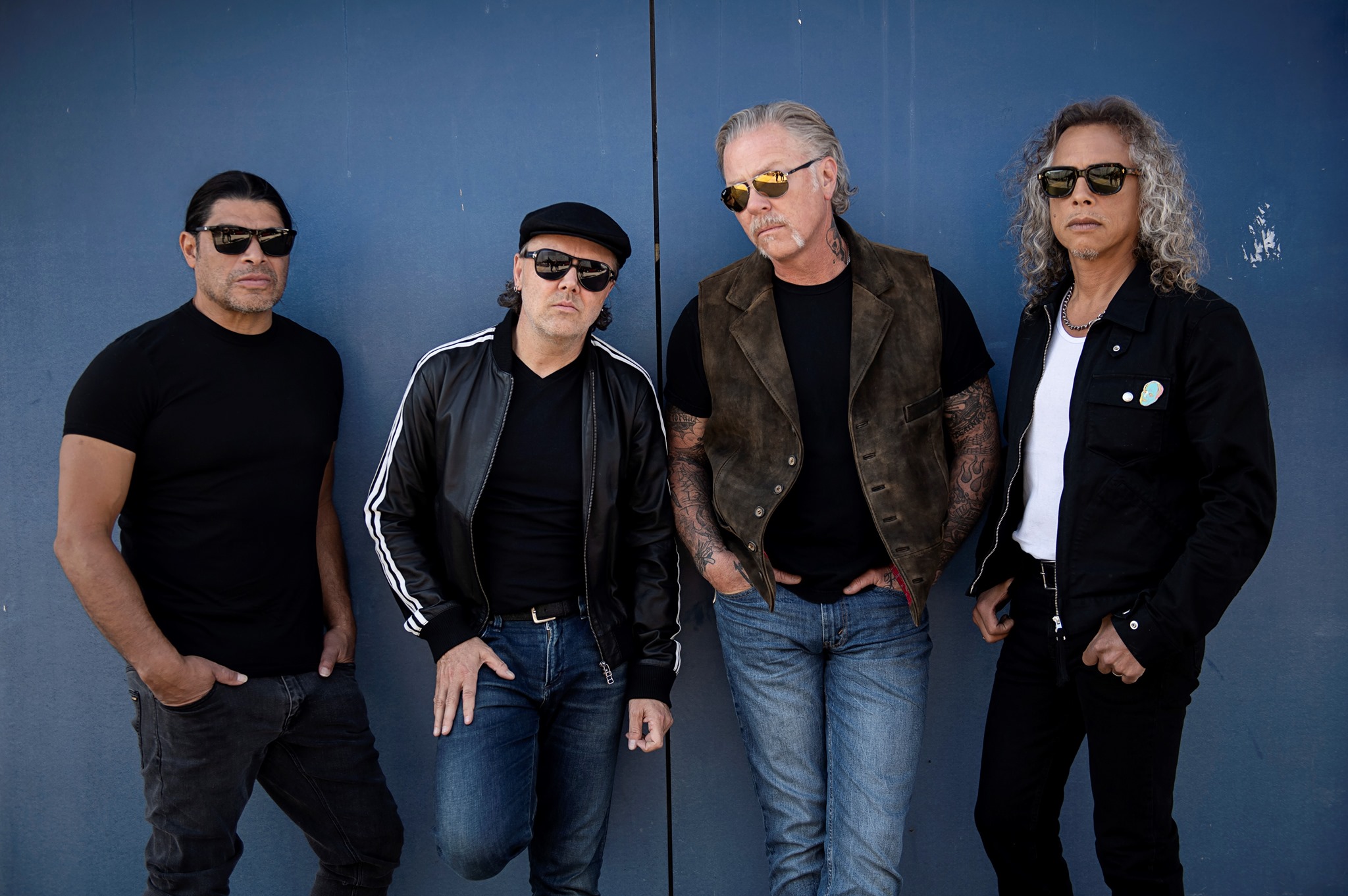 Metallica are the biggest metal band in existence. No ifs, ands or buts. Despite their fair share of career mis-steps and polarising decisions, they’ve continue to outsell every other heavy music act ever and pack stadiums across every corner of the planet. It’s unfathomable to imagine them in anything other than the headlining slot – fun fact; last time they opened for another artist was back in 2005 for two shows with some British upstarts called The Rolling Stones.

Finding Metallica deep cuts is no easy task – as one of the biggest groups in the world most of their back catalogue has been scoured over and dissected endlessly by their legion of diehards. But there are still tunes that have been overlooked by both band and fans alike. And no, we couldn’t bring ourselves to include anything from the hot mess that was the Lou Reed collaboration album Lulu – some deep cuts deserve to stay buried. That disaster clearly needed some unfiltered feedback from Lars Ulrich's father…

So with all that said, let us churn through the weighty history of Metallica and uncover their 10 most underrated, forgotten gems…

A track that crops up halfway through Reload, “Carpe Diem Baby” is rooted in the bluesier/hard rock stomp Metallica were peddling in the mid 90s. It’s got a great chorus, fantastic bridge, some big riffs and the production is absolutely perfect for this style of sound from the band – it sounds huge. Plus it packs an impressive, rare guitar solo from James Hetfield. It took Metallica until 2011 to play “Carpe Diem Baby” live, and even then they’ve only performed it 3 more times since. Lots of metal fans hate on Reload, but it’s worth a revisit, as there is some good, forgotten stuff on it – just don’t expect Master of Puppets Part II.

“Escape” is a song from Ride The Lightning that is most famous for the disdain James Hetfield carries for it.  Sure, it’s a little more uptempo than the rest of the material on the album – kinda sounds a bit Iron Maiden-y at times – but the bridge passage is excellent, with it’s powerful, grinding riff. Hetfield asserts that they wrote it solely to appease their label and he despises the track – but we feel like he’s being a little too harsh on “Escape”. It’s only been played once, when Metallica performed Ride The Lightning in it’s entirety at their own Orion Festival in 2012.

After the release of 2008’s Death Magnetic it was revealed that Metallica had some left over tunes that didn’t make that record’s final cut. Three years later the group dropped the Beyond Magnetic EP with said material. Truth be told, they weren’t earth shattering, but the seven minute epic “Hell and Back” was definitely the strongest number on the EP – in truth, you could probably slide it into the track listing for it’s parent LP in favour of at least a couple of songs (“The Unforgiven III” anyone?) Much like the rest of Death Magnetic, “Hell And Back” delves into their thrash metal past, and the great chorus easily makes our selection the high point of Beyond Magnetic.

Of course every casual Metallica fan knows “No Leaf Clover” from the legendary S&M concerts, but what about the other new composition from those sessions “−Human”? It’s a heavy track, with a big downtuned riff anchoring the song while orchestral flourishes fill in the gaps. One could argue that if you removed the string and brass sections, the thick, simplistic banger would fit nicely onto St Anger. While “No Leaf Clover” pops up now and again in the Metallica setlist, “-Human” was never played beyond 1999.

A classic, thrash sounding Metallica track recorded as a one-off Record Store Day single in 2014, “Lords of Summer” eventually got re-recorded and found it’s way onto the deluxe edition of Hardwired… To Self Destruct two years later. It certainly harkens back to Metallica of old, with lyrical nods to earlier gems “The Four Horsemen” and “No Remorse”, whilst it features some of Lars Ulrich’s best drumming in ages. Definitely a great cut that would comfortably fit into their live set, there was definitely room on the standard edition of Hardwired… to fit in “Lords of Summer” – especially as it’s stronger than more than a couple of the songs that made the final double album.

Metallica’s legendary debut Kill ‘Em All finds the act still tied to a lot of their influences, with an insatiable hunger on display. Lots of classic material here, but the least appreciated number on the LP is the excellent, Dave Mustaine co-written “Phantom Lord”. It’s starts off a to-the-bone thrasher, before the clean guitar middle section shows the dynamic depth that would eventually seperate Metallica from the rest of their peers. Sure Metallica pull it out now and again live, but as the least streamed tune on Kill ‘Em All, “Phantom Lord” certainly constitutes as a deep cut in our book.

Let’s not beat around the bush; St Anger is not Metallica’s finest hour. Discounting the aforementioned Lulu car-wreck, you could say the band’s controversial 2003 release is their absolute nadir. There’s some terrible stuff on it, but there are a few shining moments – one of them being the underrated “Sweet Amber”. From it’s excellent galloping main riff to the hammering chorus, the song is one of St Anger’s less bloated and more direct selections. Literally played once by Metallica way back in 2004, it’s one of the redeeming moments on a poor full length.

“The Ecstasy of Gold”

Long being the intro music of their live show, Metallica decided to do their own take on the Ennio Morricone masterpiece “The Ecstasy of Gold” for a tribute album to the man himself back in 2007. The four-piece keep to the song’s basic template and melody, with the second half of the track opening up in pace and energy. The cover feels raw and alive, and is another tune with Hetfield taking the lead guitar role. Sadly not available on any streaming services, it’s worth hunting down to hear Metallica honouring a piece of music that has become synonymous with their legendary live shows.

“The Frayed Ends of Sanity”

Taken from the flawed-masterpiece that is And Justice For All, “The Frayed Ends of Sanity” is a classic cut that has been overlooked in favour of it’s more well known track-mates. It’s a prime example of the tech/prog thrash metal that Metallica were perfecting at this time, serving up an endless cycle of complex drumming and chromatic riffs, with the three minute bridge/solo section just awash with great guitar work. Speaking of solos, …Justice is probably home to Kirk Hammett’s most impressive playing, with the lead break to “The Frayed Ends of Sanity” one his finest moments.

One of the lesser known covers from Metallica’s solid Garage Inc double album, the band’s take on Discharge’s “The More I See” is played closely to the original. With a more contemporary heavy metal production and the pace just pulled back a touch, it gels effortlessly with ‘tallica’s sound. The fact that Metallica both open and close the first CD of Garage Inc with Discharge covers speaks immensely of their influence on the thrash metal scene. Plus the sneaky little addition of Robin Trower’s “Bridge of Sighs” at the end of the song as a hidden track is a nice bonus…

How did we go? Are there other, even more obscure Metallica tracks that we missed? Let us know in the comments below!