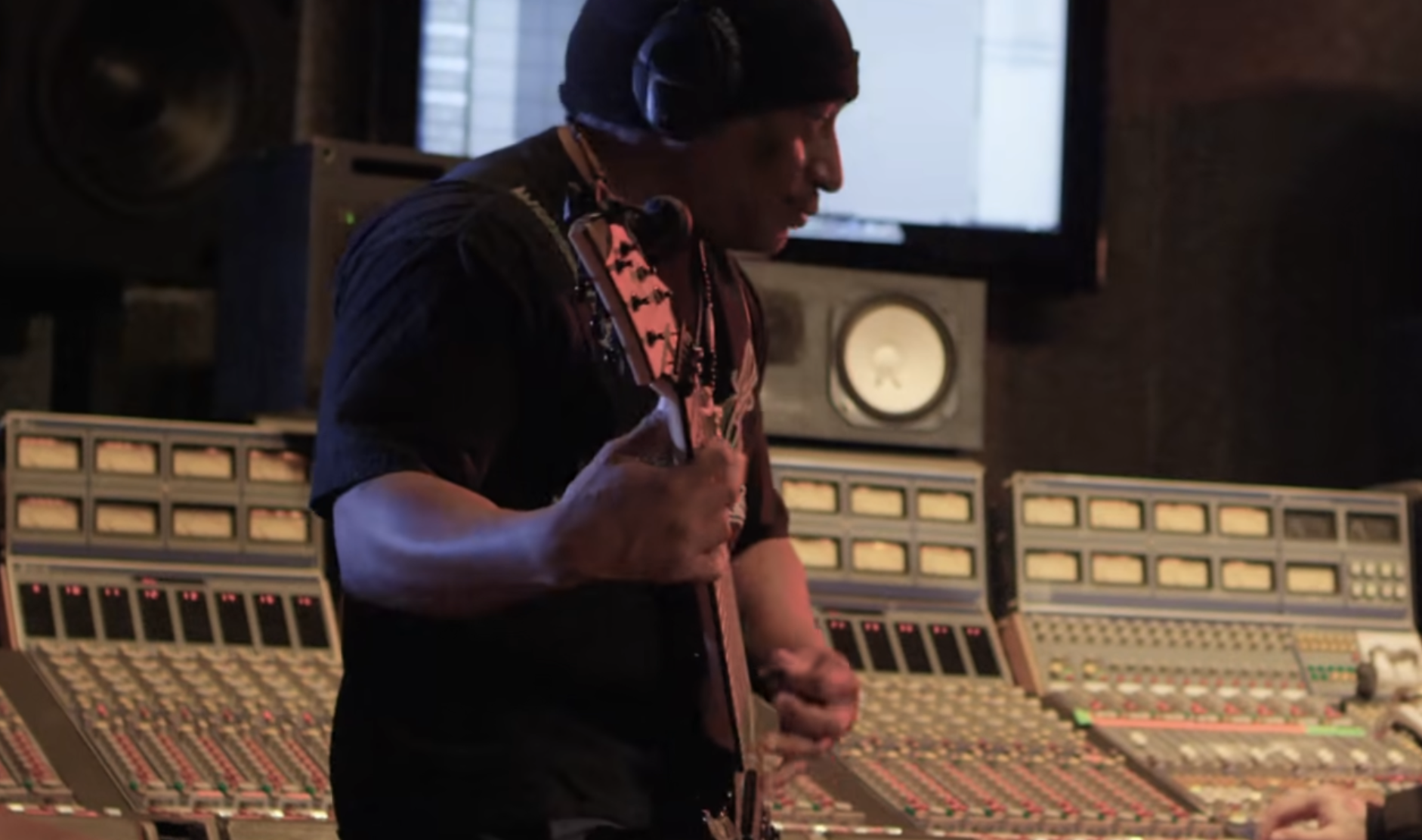 Co-founder and lead guitarist of GRAMMY-award winning metal unit Body Count, Ernie C. has been at the forefront of modern metal music for over 30 years. With a wealth of knowledge spanning decades in the industry, we were lucky enough to catch up with the legend himself as he shared with us his top seven albums of all time. Shredders and anyone who's down with killer music, take notes…

I just dig the way he plays – it's like Hendrix, but more organized. The songs have a good groove to them. I really dig this album.

I love their second record. It gave us "Iron Man" with which is the first lick everyone learns how to play on guitar so you have have to put that on my favorite albums list. I produced a Black Sabbath album [Forbidden released in 1995] and Tony Iommi brought the guitar he played on that track ["Iron Man"] to the studio one night and left it there for me to play. I've never done so much guitar posing in my life that was the greatest night ever!

I put those two albums together just because the guitar riffs on those two are so classic – I just consider them together as one album. Back in the '90s I actually met Eddie Van Halen, he called me one time on the phone and left a message on my machine

"Hey Ernie it's Eddie Van Halen! Give me a call" I put that as my outgoing message for about six months!

Al Di Meola play some crazy guitar on Romantic Warrior. The band was that good – it's where I learned a lot about muting notes – he does that quite a bit with the palm of his hand.

Led Zeppelin's IV is just a classic top to bottom….

I have to give a special shout out to Nirvana. The first album musically was great, but more importantly it's set a tone for style – it wasn't like the eighties where everyone got dressed up – Nirvana came out looking the way they looked on the streets. This was influential to Body Count – we saw them and realized we were able to come as we are.