Nicholas Franco's Top 20 Albums of 2014
There are perhaps dozens of albums that qualify, but even as the amount of releases continue to rise, the time available remains inconveniently constant. So with that in mind, the 15 albums below best represent the year in music as I see it

I feel like my 2012 and 2013 lists were both a little obnoxious. In an attempt to be as fair, open-minded and comprehensive as possible, I wound up creating lists that were tedious and incoherent. While I still like everything I selected, if given a chance to re-write those entries, I'd make some significant changes.

Openness is all fine and good, but if you want to have a firm grasp on the best of music of a given year, some discernment is called for:

There are perhaps dozens of albums that qualify, but even as the amount of releases continue to rise, the time available remains inconveniently constant. And of course, there were plenty of releases that were fun, or kind of cool or worth one or two listens… but those belong on a separate, or a significantly longer (and less readable) list.

So with that in mind, the 15 albums below best represent the year in music as I see it, according to the criteria described above (don't forget to check out my 2014 Spotify playlist!):

Crowded as the metal scene is with tons of competing genres, few loom larger at the moment than doom metal. Almost every week sees a new lava-lamp band spouting Sabbath riffs and lyrics about witchcraft. While much of this has become tiresome, there are a few acts that manage to make some truly haunting and brooding music. The Wounded Kings have put together some supremely spooky riffs, along with some dramatic and enchanting vocals, something most neo-doom bands try so hard to achieve and yet fail so spectacularly.
Favorite Song: “Lost Bride”

I know I’m not going to get too many cheers for including this here, as a narrative has formed about how unfocused or meandering this record is. However, I found the band’s blend of Converge-inspired bombast, late-90s style dissonance (e.g. Botch, Cave In) and straight-up beatdown hardcore very engaging. And there is the element many people have noted before, which is the absolutely crushing production.
Favorite Song: “Unclean Spirit”

13. Winterfylleth – The Divination of Antiquity

I hadn’t heard of Winterfylleth until this year, though I’m sure I saw their logo around somewhere before that. I find their theme of English history and heritage fascinating, as it gives the music something more than an affectation of “evil.” Still, their melodic take on 2nd-wave Black Metal is as menacing as it is captivating, especially on the title track, “Whisper of the Elements” and “Foundations of Ash.”
Favorite Song: “The Divination of Antiquity”

War metal is a tricky topic. In a way, it gets down to the pure aggression and chaotic barbarity that shows metal at its best. In another, it’s just a bunch of bands copying Fallen Angel of Doom over and over again. Diocletian doesn’t do that. Whether it’s to victory or apocalyptic defeat, this is the sound of a glorious and brutal march to battle.
Favorite Song: “Steel Jaws”

Most of the time, a record that gives you a headache is a bad thing. But Longhena is not most records, even in the often one-dimensional world of grindcore. Weaving melodies and engaging guitar passages into brain-splitting brutality may seem impossible, but somehow Gridlink finds a way. Perhaps the headache is intentional.
Favorite Song: “Stay Without Me”

If you’re a musician who loves the classic death metal style of Morbid Angel, Grave and Immolation, trying to follow that tradition in an interesting way presents a challenge. How do you create a sense of continuity and still stay new and exciting? Apparently you sign to Mexico’s Chaos Records, as the label (along with Hell’s Headbangers and Fallen Empire) seems to completely dominate in this area. You see? New death metal records don’t need to be overproduced wankfests or a competition for who can be more gory and “extreme.”
Favorite Song: “Nefarious Conclusion”

Then again, if you want to take that classic death metal sound in a different direction but still keep it recognizable as “metal,” Morbus Chron would be the band to count on. The riffs are weird, but still coherent and enjoyable. Additionally, eschewing the in-your-face quality of most modern death metal, the band opts for a more Seven Churches and Scream Bloody Gore kind of style: heavy on the reverb, without risking any brutality in the process.
Favorite Song: “Towards a Dark Sky”

8. Rigor Mortis – Slaves to the Grave

Though it was fun to have a new set of thrash bands to get excited about, the neo-thrash movement has burned itself out, along with the style it idolized. So it means something when a truly great thrash album comes out in 2014, especially with a best-line-of-the-year like this: “Meat’s meat and a man’s gotta eat, you better get out of the kitchen if you can’t stand the HEAT!!!” RIP Mike Scaccia.
Favorite Song: “Flesh for Flies”

7. Mastodon – Once More Round the Sun

Perhaps this would be better suited to a “Rock” website’s final list for 2014. But if I was writing for it, this album would almost certainly come out on top. The band has restrained its progressive tendencies and refined its previously more aggressive style to turn out a very accessible and catchy listen. The spaced-out artwork and theme lends further coherence to the record, along with some of the best melodies the band has ever recorded.
Favorite Song: “Tread Lightly”

6. Panopticon – Roads to the North

A thoroughly American black metal sound, without the “transcendental” pretentions. With it’s myriad stylistic presentation, Roads to the North is Appalachia's answer to bands like Drudkh and Winterfylleth. Along with 2nd-wave traditionalism, banjo’s and other folk instruments, the band even invokes The Red Sky is Ours-era At the Gates or The Gallery-era Dark Tranquility with some of the finest melodeath riffing out there.
Favorite Song: "The Echoes of a Disharmonic Evensong"

I know this doesn’t make me sound very “sophisticated” and “forward-looking,” but Blut Aus Nord’s later, more experimental work left me feeling a little flat. So it’s good to hear the band return to a more straightforward, mystical black metal feeling on this album. The flowing riffs and nearly hidden vocals create an almost Tolkien-esque atmosphere (though not necessarily in the Summoning sense) that’s easy and fascinating to get lost in, even after multiple listens.
Favorite Song: “Tellus Mater”

Among the many spellbinding albums put out by I, Voidhanger Records this year, everyone seemed to get all excited about Spectral Lore– whereas I found myself far more captivated by this album. While the vast emptiness and brilliance of space is not a totally new frontier for black metal, it’s not usually the first topic people think of. When it comes to captivating and glorious compositions, few records released this year (or…anytime really) can match what this one-man band (!) has captured on Phobos Monolith.
Favorite Song: “Weaving the Thread of Transcendence”

I’m still totally dumbfounded that this band broke up right after their record came out. I know it’s not really any of my business, but at least some sort of explanation would be nice. The record contains absolutely no sweep picking, screaming or blastbeats- and yet contains more darkness and genuine creativity than the hundreds of boring tech-death retreads that came out this year.
Favorite Song: “Night Child”

How do you take orthodox black metal into the future without just ripping off Darkthrone again and again (which is what most self-proclaimed “true” bands do now)? This is how. Godless Arrogance is a simply ruthless feast of violence and brutality, played in a style highly reminiscent of bands like Marduk and Dark Funeral, but done in a way that still makes Sammath distinguishable from those two. The music is almost hilariously upsetting in its exploration of human evil and destruction, with song titles like “Shot in Mass” and “Nineteen Corpses Hang in the Mist.”
Favorite Song: “This World Must Burn (Hammer of Supremacy)”

1. Agalloch – The Serpent and the Sphere

I gave this album a glowing review back when it came out, and my admiration for it has only increased since then. “The Astral Dialogue” contains an absolutely glorious main riff and makes up a holy trinity of instant classics along with “Dark Matter Gods” and “Celestial Effigy.” Along with the aforementioned Mare Cognitum, the band explores the mysteries of the cosmos through the lens of their signature sound- in this instance, a mix between “Ashes Against the Grain” and “Marrow of the Spirit.” As with the rest of their catalog, I fully intend on returning to this record again, I feel it meaningfully carries their sound forward, and enjoyed every minute of it. I know no one agrees with me about this, but I think Agalloch has earned album of the year with this fantastic release.
Favorite Song: “The Astral Dialogue.”

Some running themes this year? A lot of records about the cosmos apparently. I guess after death, satan, war and partying, space still is the final frontier. A lot of the best metal this year came from the melodic black metal side of things, though there are spots of creativity and promise in other areas as well.

Of course, some of the best individual songs of the year came from albums not listed above, though they each came close in their own way. So I’ve included these on my Spotify playlist, because I think they still need to be heard: 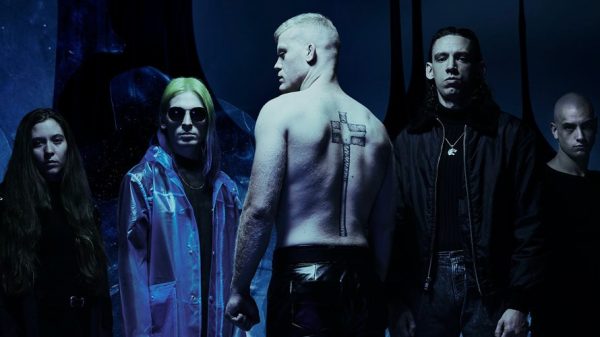 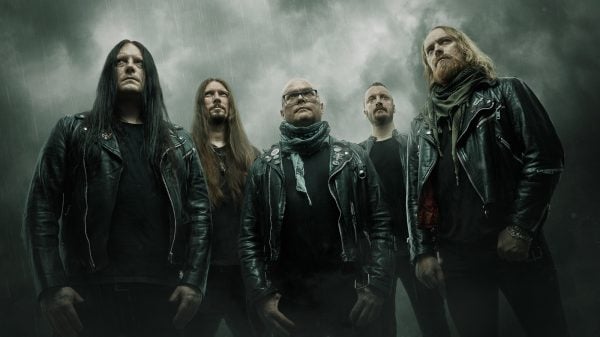