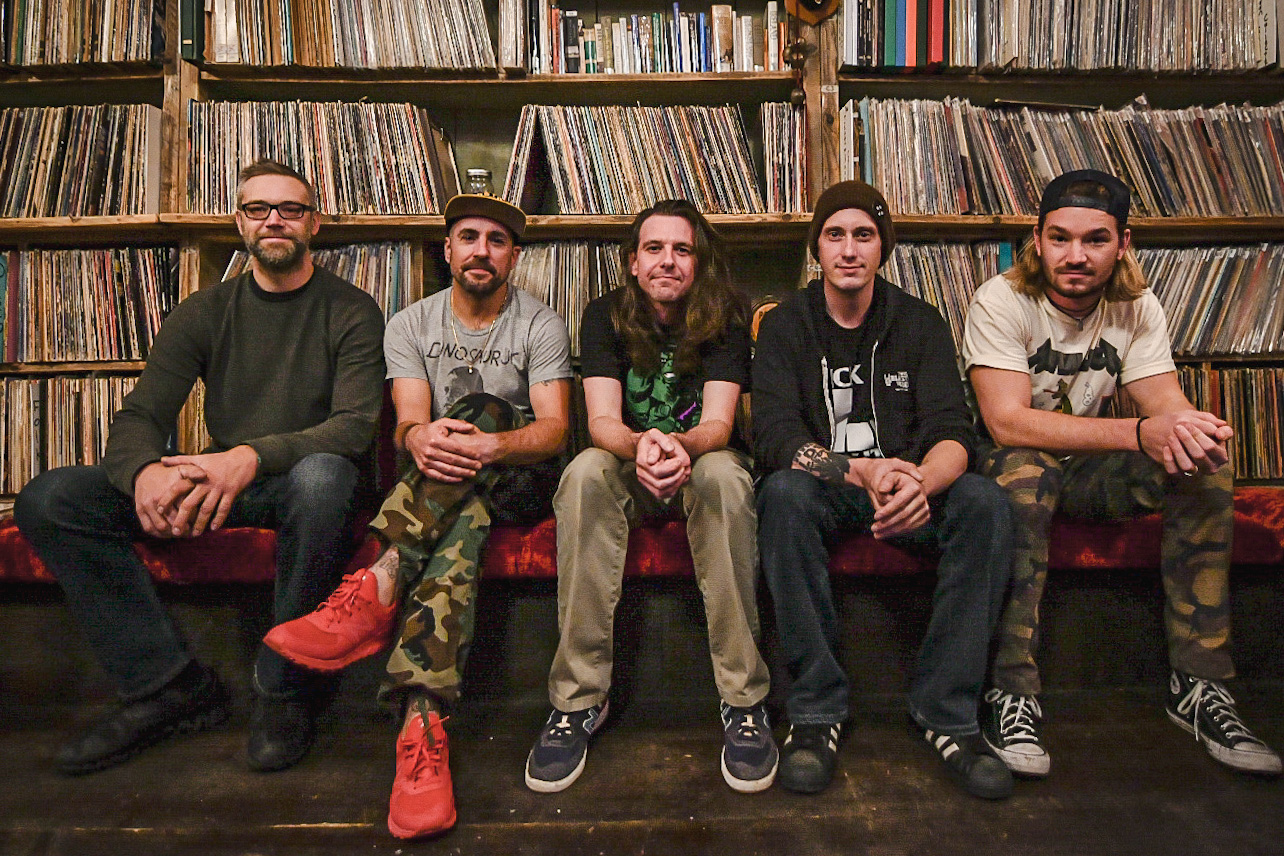 A Wilhelm Scream will release their new, shreddy-as-hell record Lose Your Delusion on April 14. If you've heard anything off the record, or anything A Wilhelm Scream has ever done ever, then you've definitely picked up on the fact that they're heavily influenced by metal. I mean seriously, the band has a song called "Less Bright Eyes, More Deicide." They're not hiding it.

We sat down A Wilhelm Scream vocalist Nuno Pereira, guitarist and vocalist Trevor Reilly, bassist Brian Robinson, and drummer Nick Angelini for a quick chat about some of the metal albums that influenced them and their sound over the years.

Hands down the best progressive metal band in the business. Animals' super-technical influence turns out such a solid groove — what's the point of having the fastest hands in the world If you can't get people moving? — Nick Angelini

I had this on a black cassette tape. I had never heard such brutal vocals and blistering guitars before. A friend of mine was turning me on to "Black metal" and this album, in my opinion, still holds up as the consummate record of the genre. It also happens to be my nine-year-old's favorite Black metal album too! — Nuno Pereira

This was the first (of a few) metal bands that my older pop-skate-punk band toured with back in the days of the Ontario scene being mixed with punk/hardcore/metals that just wanted to get out on the road. This band sounds like Godspeed You! Black Emperor but coated in doomy melodic metalcore, with thoughtful, incredibly executed basslines throughout the whole record. Steve (bassist) was the first musician I ever really nerded out with about Cliff Burton and Geddy Lee, and became a bassist that I really looked up to. — Brian Robinson

Drummer Mike Borden's tom work on this record is next level and opened up a whole new perspective about the use of toms in general. Why bombard listeners with a crash on every down beat when you can just hit them in the face with a thick wall of toms? — NA

With its die-cut CD with that crazy sharp logo, this band was introduced to me by our friend Tomas at just the right time in the late-'90s while we were evolving our sound. We were all punk rock kids, but this opened up a world of melodic guitarmony ideas to add to our melting pot. They even do an acoustic Lord of the Rings-style medley in the middle, which I thought was both wacky and perfect but the shreddy hooks on the live version of "Behind Space" is what sold me on this band. And it's been a pleasure stealing their, I mean, being inspired by their riffage all these years. — Trevor Reilly

I'm well aware this album is listed a million times. This record is special to me due to my first bass lesson when I was 13-years-old. I came into the room with my teacher, Mark, and told him that I had learned Green Day's "When I Come Around" (To be fair, It was 1994) and Black Sabbath's "Paranoid" (with a pick, mind you). He asked me which song I liked better (obviously Sabbath), took away my pick and said, "You're going to play with your fingers now on. Have you ever heard Iron Maiden?" He gave me a copy of Number of the Beast, and upon first listen it was the clouds opening up for me. Steve Harris set the path for me to become a better musician. — BR

This was a tough decision. I was thinking Kill 'Em All, but honestly, Master of Puppets is just a front-to-back banger. This album was the soundtrack to my mid-teens and is probably the last good record they ever put out. The lyrics are all well thought-out and the consistency of the message therein still holds up. I wish these dudes would get back to their thrash metal roots already and stop fucking around with ballads and whatnot. — NP

I'll go out on a limb here and say that Tool is the greatest prog-rock-metal band of all time. You just never know where these songs are gonna go — it might take like 20 minutes to get there, but somehow they keep you engaged the whole time with the virtuosity of each band member. Hooks that show up one time get reintroduced way later in the songs at just the right time and it makes you wonder how the fuck humans write this shit. Inspiring stuff, and the song "Ænima" is the best strip club song ever. — TR

In this article: A Wilhelm Scream