Vote For Your Favorite Record Label Of 2022
We all know Lemmy is God - here is affirmation for your faith.

Note from the editor: This was originally scheduled to be published on Lemmy's birthday but there was a delay. In light of yesterday's shocking news, we thought this would be the appropriate time to publish…

Writing this piece was a struggle. After all – how do you prove something that is so self-evident? As the movie Airheads taught us, Lemmy is God, that's the long and short of it. There are so many reasons as to why Lemmy is the one true God that whittling it down to five is almost a Sisyphean task. So, in celebration of his long 70 years on this planet, we've decided to run an article on why exactly Lemmy is our one true savior. When you pull back the layers it becomes clear there is more to our righteous faith than many outsiders might believe.

This is one that blew my mind when I first found out about it. In his autobiography, Lemmy mentions that at one point he tried to get a blood transfusion to clean out his system, like his buddy Keith Richards had done. After a few preliminary tests the doctors told him it couldn't be done for possibly the most rock and roll reason ever: his blood is so used to drugs and alcohol that he needs it to survive, rendering it essentially toxic. Essentially, his drug addiction is a huge part of what kept him alive. As he put it "My blood would kill normal people and normal blood would kill me." That has to set him apart as some sort of deity right?

4. He Came Before And Will Remain Long After

One of Lemmy's most famous quotes was immortalized in the movie about his life, "I remember a time before rock and roll." And now in 2015, a time when many say rock and roll is suffering, but he didn't let his age stop him from putting out some of the best music of his career. In his autobiography, Lemmy talks about being a part of the early days of rock and roll and playing to thousands of fans in the 60s. Now he proves that he has come to transcend, or perhaps simply define the art form. His influence has shaped modern bands from underground darlings like XII Boar to mainstream acts like the Foo Fighters. His influence will ring out long after the death of rock music.

3. He's Smarter Than You

One thing that always added to the mystique of Lemmy was his intelligence. Not only was he a history buff and renowned for his collection of Nazi memorabilia, Lemmy has also showed moments of great wisdom throughout his career. His book White Line Fever is filled with interesting tidbits and immensely quotable passages that really get you thinking – and that's just the beginning. Every interview with Lemmy shows just how brilliant, compassionate, and inspiring the man is. After all – he's been voted Ugliest Man In Rock – he's got to have something to impress the literally thousands of women that he's managed to seduce over the years!

No article about Lemmy's many noble features would be complete without mentioning his incredible tolerance for drugs and alcohol. While we are all familiar with his exploits, I think it's important to consider the sheer scale of all this, it can never be understated. After all, he may very well have had the world's longest running meth habit (Reports seem to suggest that he hasn't stopped more than half a century in!) and his definition of 'slowing down' means trading out Jack Daniels for vodka, and he weathered all of this with the ability to regularly put out some of the best music in recent memory. Most people lose control of their lives after a few weeks of meth – Lemmy has been able to turn it into a veritable lifestyle.

1. He Keeps Showing Up In Breakfast Foods

In recent years we've all seen countless crazy Christians claiming that Jesus has shown up in their soup, coffee, or hell, even their dogs asshole (That's a real one – look it up) Of course – Lemmy has similar powers and he isn't even dead yet! Check out this piece of toast that he appeared in:

Majestic isn't it? And that's not the only time that our king has decided to show up in someones breakfast food. Check out this pancake that has clearly channeled the spirit of Lemmy:

Isn't it majestic? Lemmy truly has a power that transcends the understanding of common man. Lemmy is everlasting, all knowing, all powerful and apparently capable of invoking his spirit wherever he wants – if that's not the mark of a god then I don't now what is!

RIP Lemmy, you will be missed. Here are some more of our favorite photos of Lemmy through the years: 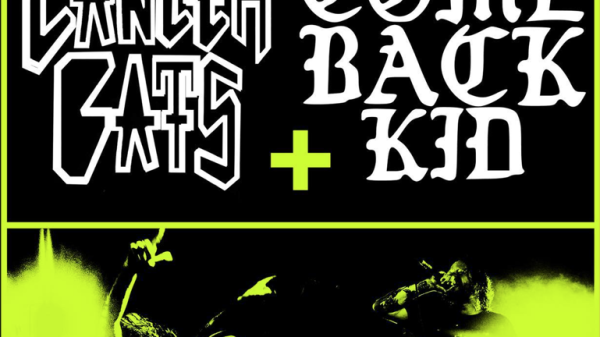